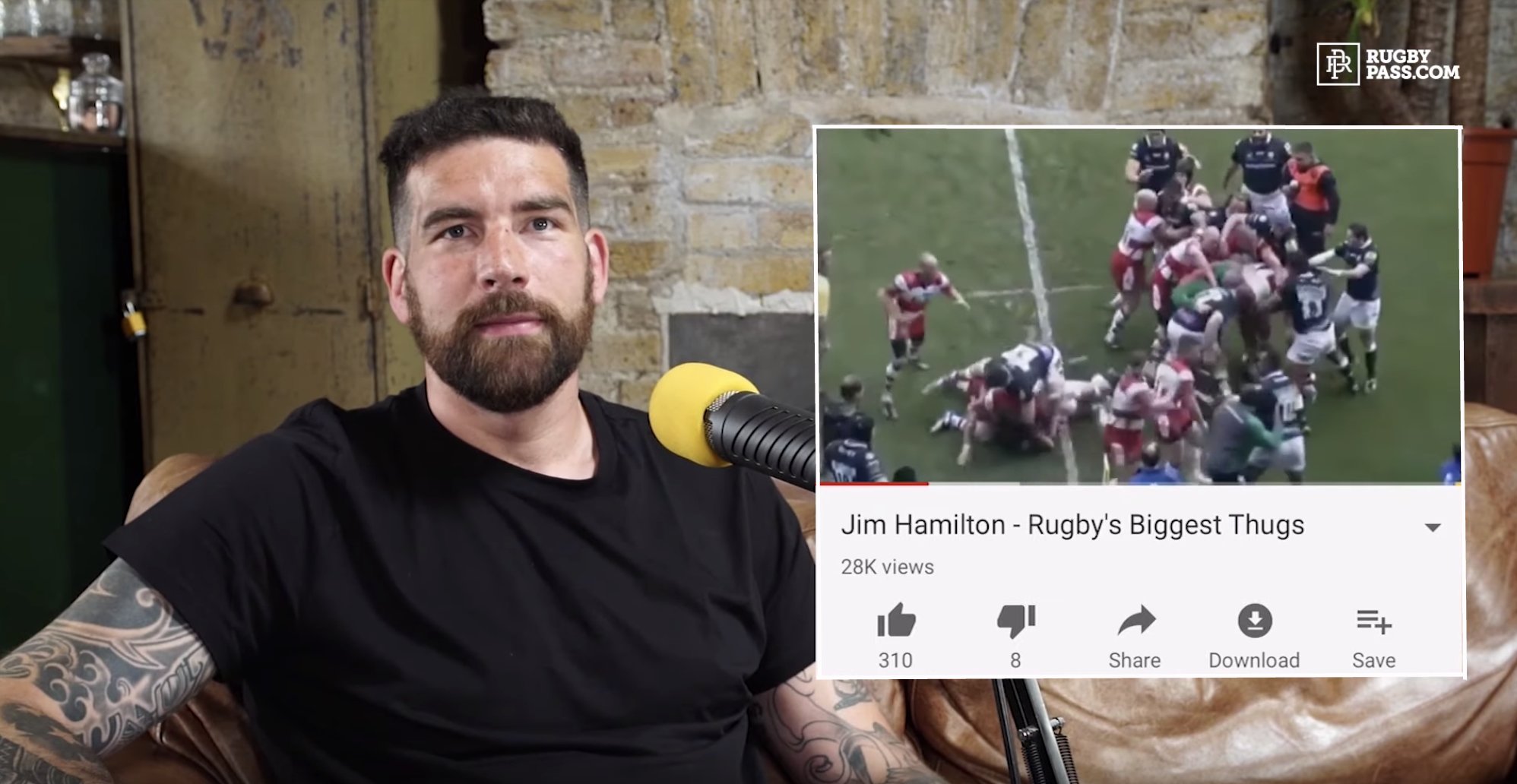 WATCH: Jim Hamilton reacts to “THUGGISH” compilation that was released about him

This was brilliant, Jim certainly took this in good taste!

The former Scotland and Saracens lock had a video released about him, showcasing some of the more unsavoury moments of his career. Hamilton was adamant, it seems, that he must defend himself after some of the comments in the video labelled him to be a ‘melted wheelie bin’ and a ‘out and out thug’.

The NSW Waratahs’ Super Rugby season still has a pulse after they stopped the Melbourne Rebels 20-15 in their AAMI Park match on Friday night.

The Waratahs needed the win to keep alive their slim hopes of a play-off berth and played accordingly to extend their winning record over the Rebels to six straight.

“I’m very proud – I thought the defence was excellent and we showed a lot of fight and determination when the Rebels were pressing our line.”

It meant NSW closed the gap in the Australian conference on the second-placed Rebels to four points with two rounds remaining.

The one losing bonus point meant the Rebels joined the ladder-leading Brumbies, although the Canberra-based side can extend their lead against the lowly Sunwolves in Tokyo on Saturday afternoon.

The Rebels had plenty of chances in the final 10 minutes to take the mat ch but let themselves down with sloppy handling, while the Waratahs deserved credit for their tireless defence.

They out-muscled Melbourne at the breakdown, forcing a number of turnovers while Kurtley Beale cemented his position as frontrunner for the vacant Wallabies fullback position.

Melbourne coach Dave Wessels was pleased with his team’s effort but frustrated by their inability to deliver a winning blow.

“There were just too many errors – we knocked on the ball too much, simple errors in defence to give them two soft tries,” he said.

“You’re not going to win against a good team with those basic errors.”

Wessels also questioned a decision to only penalise Waratahs winger Curtis Rona for a no-arms tackle in the 32nd minute which launched Marika Koroibete over the sideline with the tryline in sight.

“We were unlucky not to get a penalty try or at least a yellow card for Rona’s tackle – Marika was going to score 100 pe r cent.

“Those moments change the game.”

Despite the soggy conditions in Melbourne and both teams relying heavily on tactical kicking, it was the outside backs who were in the thick of the action for both teams.

Veteran centre Adam Ashley-Cooper opened the scoring for the Waratahs with a sensational try off a scrum in their own half.

Rona wrong-footed Rebels fullback Dane Haylett-Petty and got the ball back inside for Bernard Foley, who found the former Wallaby.

Ashley-Cooper also had a hand in one of their second half tries when he managed to fend off Jack Maddocks long enough to fling a ball back inside that bounced up for Rona to score.

For the Rebels, Koroibete continued his sizzling form, proving a handful with his hard-hitting runs.

He set up a try for halfback Will Genia in the second half and was unlucky not to score one himself due to Rona’s hit.

Melbourne managed to peg back a 13-3 halftime lead to get with in three points early in the second stanza with a try by Quade Cooper but that was a close as they got.