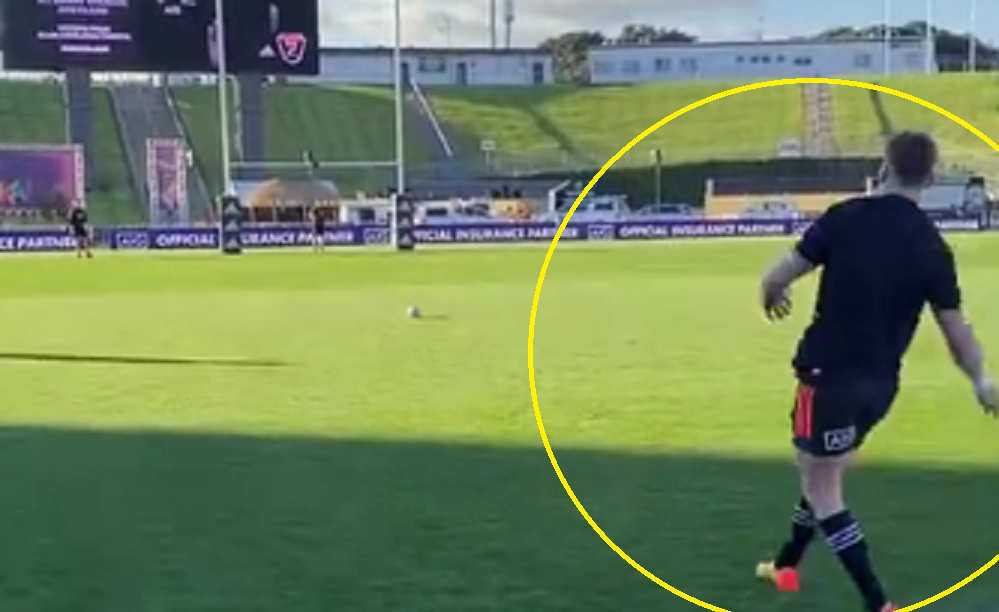 WATCH: Jordie Barrett is on fire in All Blacks training ahead of Tonga clash

The All Blacks’ Jordie Barrett has proved once again that he has one of, if not the biggest, boot in rugby recently with a monster drop goal in training.

Ahead of their clash with Tonga at Mount Smart Stadium in Auckland on Saturday, the All Blacks were training on the pitch, where Barrett comfortably cleared a 45 metre drop goal. It didn’t just sail over the crossbar, but looked to have gone over the dead ball line as well.

Barrett has one of the biggest boots in rugby and very few players in the game would be able to complete a kick like that. He didn’t even seem to put all his effort into the kick and still cleared the posts by ten metres, meaning there’s no doubt he could go well into his own half and still land a drop goal. Take a look:

Barrett starts on the bench against Tonga, but could put his boot to good use in the latter stage of the match if needed. The All Blacks have not been known for their drop goals in recent years, and have spurned the chance of taking them in the past when they were needed. That was the case in the 16-16 draw with Australia last year, where the All Blacks opted not to go for a field goal despite an opportunity in the closing stages of the game. The ability to clear the posts from anywhere in the opposition’s half is valuable for any fullback, and Barrett certainly can do that.