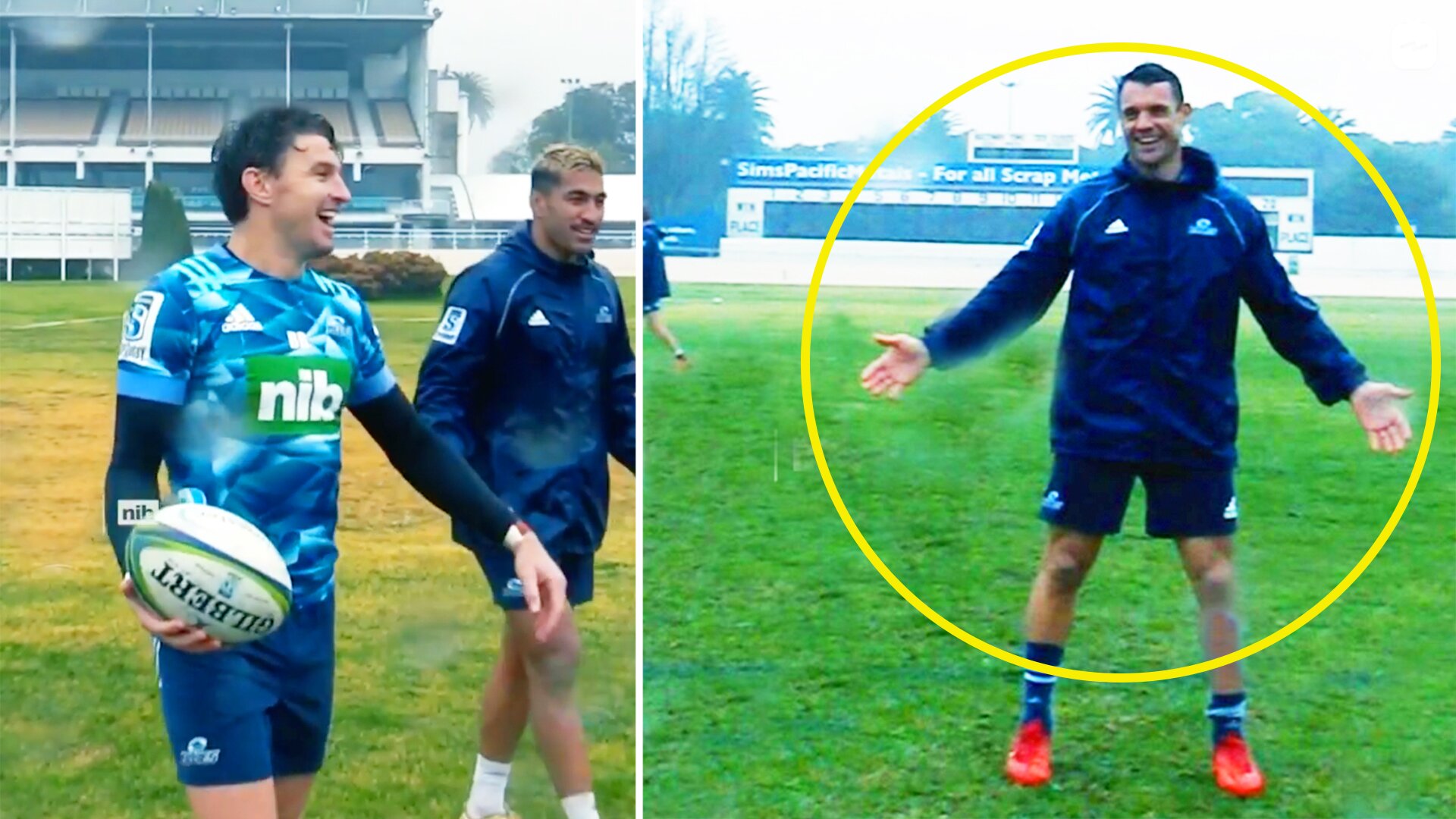 A new video has surfaced online showing an epic kicking contest between All Black legends Beauden Barrett and Dan Carter.

The Blues men squared off in this contest alongside fellow New Zealand star Rikeo Ioane.

This was the kicking battle that we’ve all been waiting for!

At the start of the video we see Ioane and Barrett discussing what they should wager to see who wins the contest.

The challenge for each player is to score a boomerang drop kick that would swerve up and around the posts on a wet and windy day in Auckland.

We see as new the new Blues signing Dan Carter enters the frame and that’s when things get interesting.

Nothing like a @wattbike pyramid. If you want to give it a go 👇🏼

We hear as Rieko and Beauden discuss what the forfeit for the loser should be .

Barrett goes on to say,’ I think whoever gets it gets coffee all week – like the other two will have to make the coffees.’

The challenge was more than accepted as we see Ioane step up to take the difficult kick from a long way out with a fierce wind swirling around in Auckland.

At the end of this video we see as Carter and Barrett square off in one final contest to see who really is the true GOAT of the Blues side.

Watch this new video below

@dancarter_, @beaudenbarrett and @riekoioane_ had themselves a little competition today at training. Winner gets all the flat white’s they want this week 🏉☕️👌 #BluesAllDay