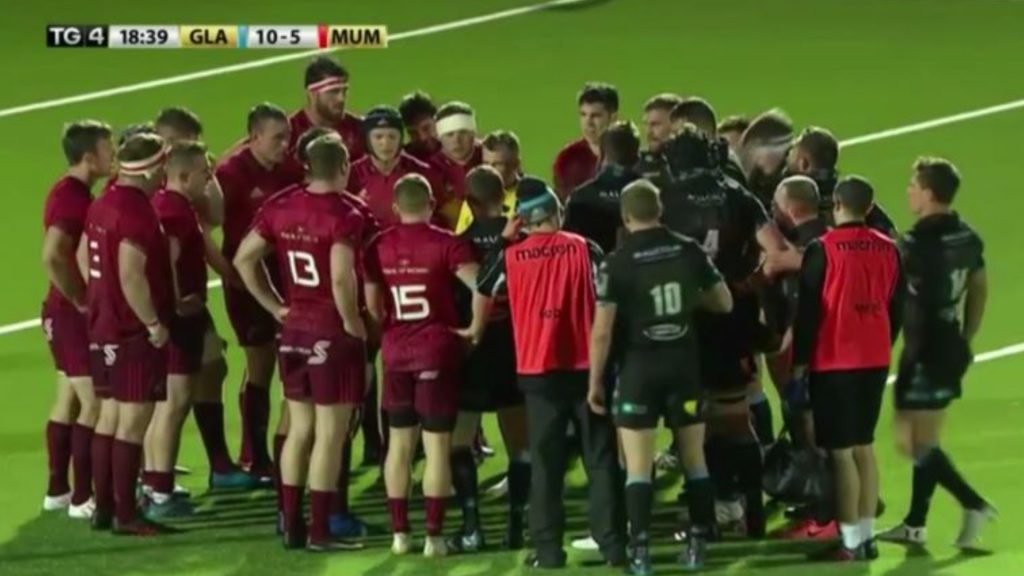 Watch: Nigel Owens was up to his old tricks again last night, calling both sets of players in for a talking-to

Nigel Owens was a man of his word last night when he threatened both teams that if their discipline didn’t improve, one or both of the sides mightn’t see out the eighty minutes with fifteen men.

Later in the game, Fineen Wycherley Munsters replacement lock appeared to drop his shoulder/elbow into the head of Tim Swinson.

Owens viewed the TMO footage, sending both players off, Swinson for a head injury assessment and Finneen for an early shower.