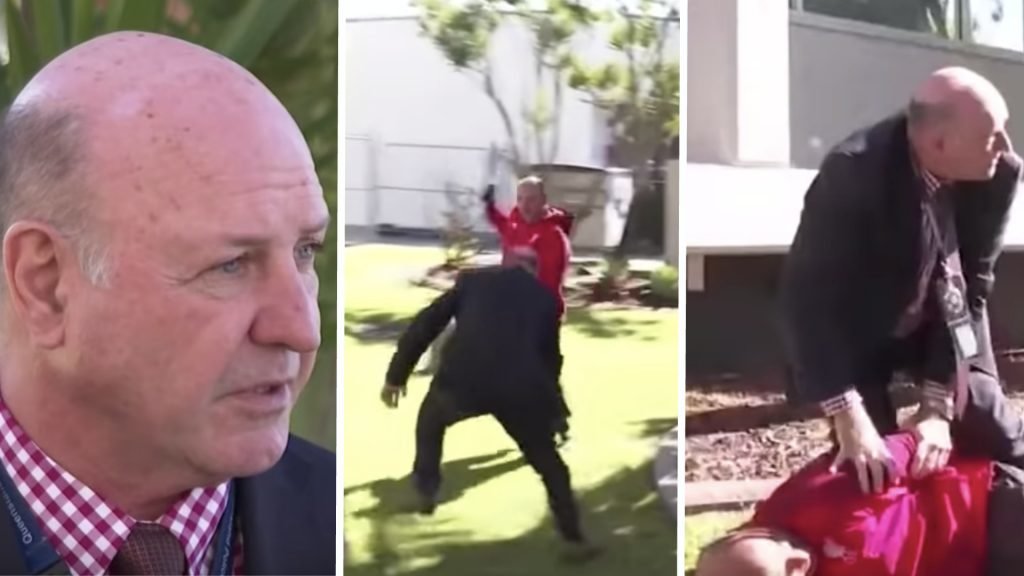 WATCH: Police Sergeant rugby tackles man in the middle of a press conference

What a tackle from this police sergeant!

This man was in the middle of a press conference discussing some pretty mundane matters when a man ran into the screen after he supposedly harassed a woman on the street behind him. The tackle itself was perfect. Great footwork, nice paddling footsteps before the initial contact. And to finish the Sergeant asserts his dominance with a good leg drive.

Can someone get him a Wallabies contract?

Following the completion of the four quarter-finals the semi-finalists for the 2019 Super Rugby tournament have been confirmed by SANZAAR in accordance with the tournament rules.

The Semi-Final hosts are the winners of the quarter-finals with the higher finals ranking.

Flyhalf Will Harrison has been cleared from a concussion alongside Aussie 7s squad member Triston Reilly who will return to the wing. Pata Tafa is available for selection after serving a one match suspension received from World Rugby judiciary and returns via the bench.

Australia comes into the final after defeating tournament hosts Argentina 34-14 in the semi-finals and will be looking to prevent defending champions France U20s from going back to back.

This is the second time the Junior Wallabies have made the final with their last appearance against New Zealand in Argentina in 2010. Least he isn’t a police sergeant.