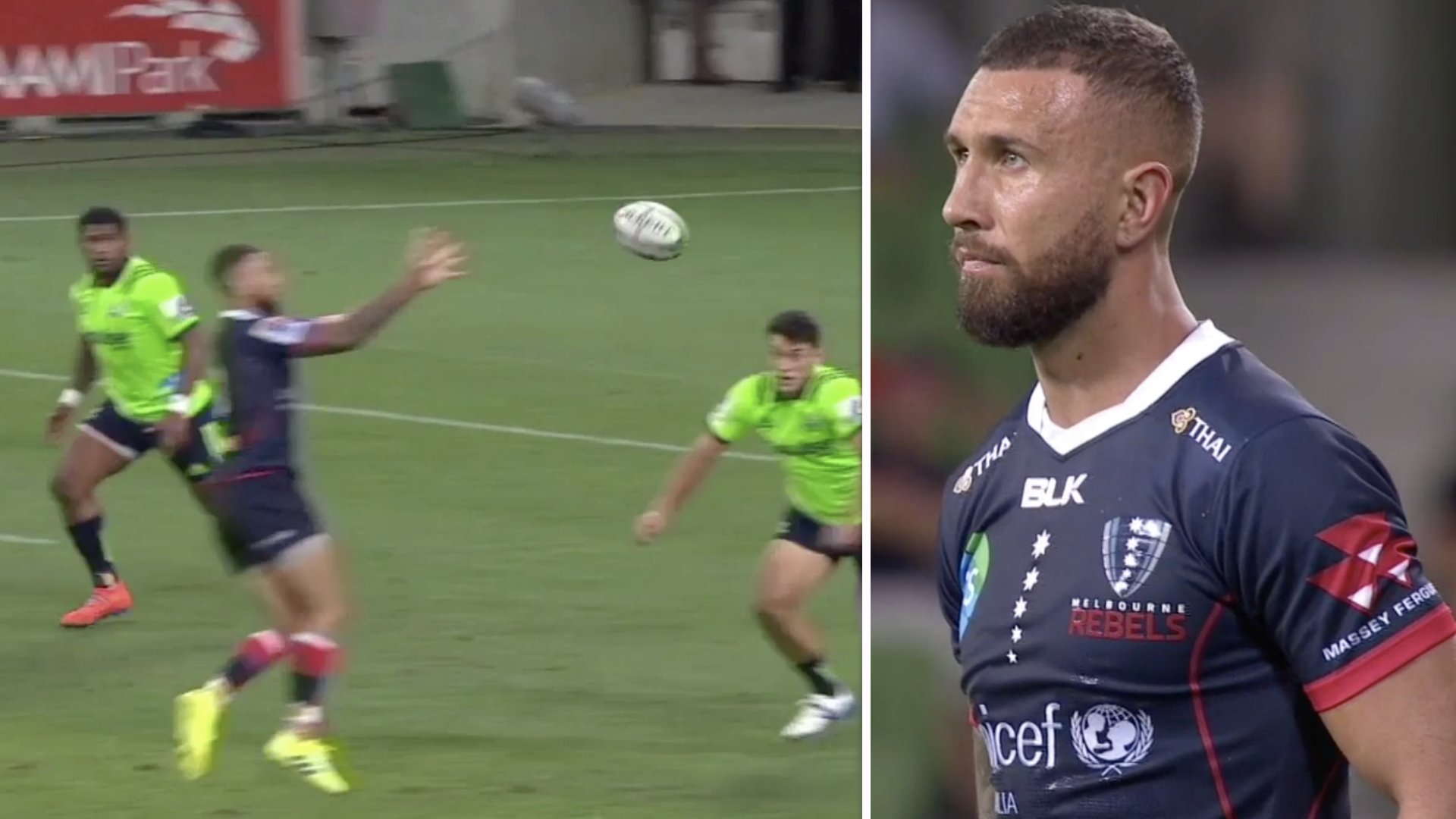 Quade Cooper is a dangerous player even when he’s not on form. But this just takes the biscuit.

Cooper appears to be really very happy at his new club the Melbourne Rebels and his form is echoing that. In the match against the Highlanders this week, the Australian 10 showed some brilliant handling skills to set up a try for the men in blue.

If this wasn’t enough, later in the game Cooper used his kicking skills to set up another try, with a lucky bounce it had to be said. If Cooper stays on this vein of form, could we see him in the 2019 World Cup squad?