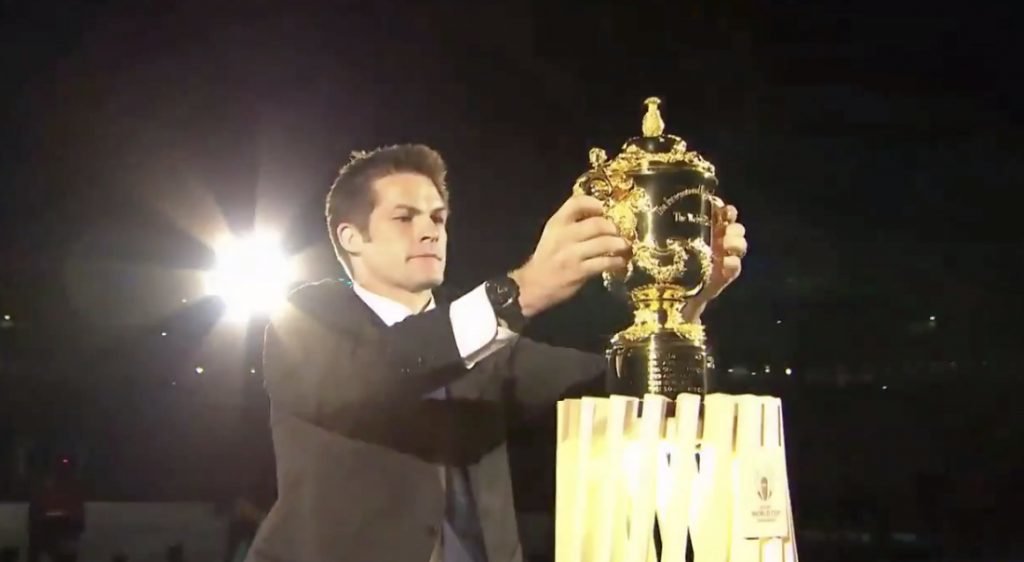 WATCH: Richie McCaw attempts to steal World Cup from the side at opening ceremony

The campaign, “Emirates etiquette guide to Rugby World Cup 2019”, comprises a series of short, light hearted and witty videos, which sees Nigel, known for his unique tongue-in-cheek way of talking to rugby players on the pitch, blow the whistle on bad traveller etiquette during flights. The first of the videos is being released today across several digital platforms and the airline’s social media channels to coincide with the start of the tournament.

Rugby World Cup, in which 20 qualifying nations compete for The Webb Ellis Cup, is hosted once every four years, and will take place at 12 venues across Japan from Friday, 20 September to Saturday, 2 November, 2019. RWC is the 3rd largest sports event in the world after the Summer Olympics and the Football World Cup.

“Through our partnership campaigns, we always try to find creative and new ways to connect people’s passion for sport and travel. In this instance, we focused on the role of a referee in a rugby match, and applied it in a light hearted way to some of the experiences people may have when travelling, while at the same time bringing to life our brand promise of “Fly Better” through awareness of good travel etiquette,” said Boutros Boutros, Emirates’ Divisional Senior Vice President, Corporate Communications, Marketing and Brand.

To help ensure jet-setting rugby fans do not miss any of the Rugby World Cup 2019 action, Emirates flights with Live TV will screen the competition’s matches live on dedicated in-flight sports channel Sport 24, available on the airline’s award-winning ice entertainment system. Emirates currently has 175 aircraft equipped with Live TV, including all Boeing 777 aircraft and most of its A380 fleet.

In addition to branding, hospitality and ticketing rights of being a Worldwide Partner of RWC 2019, Emirates has also been able to exclusively offer a once in a lifetime opportunity to a number of young rugby enthusiasts, both from Japan and other countries, to lead participating teams and carry their country flag onto the field through the airline’s Flag Bearers programme.

Emirates also has exclusive rights to joint branding with World Rugby of the kit worn by the World Rugby Match Officials in all 48 matches during RWC 2019.

With over 1,8 million people expected to attend the tournament in Japan over a six week period, of which more than a third will be international visitors, Emirates is perfectly placed to connect rugby fans to RWC 2019, through its daily A380 flight to Osaka, a daily A380 flight to Tokyo’s Narita Airport and an Boeing 777 flight to Tokyo’s Haneda Airport, providing easy connectivity via the airline’s Dubai hub.