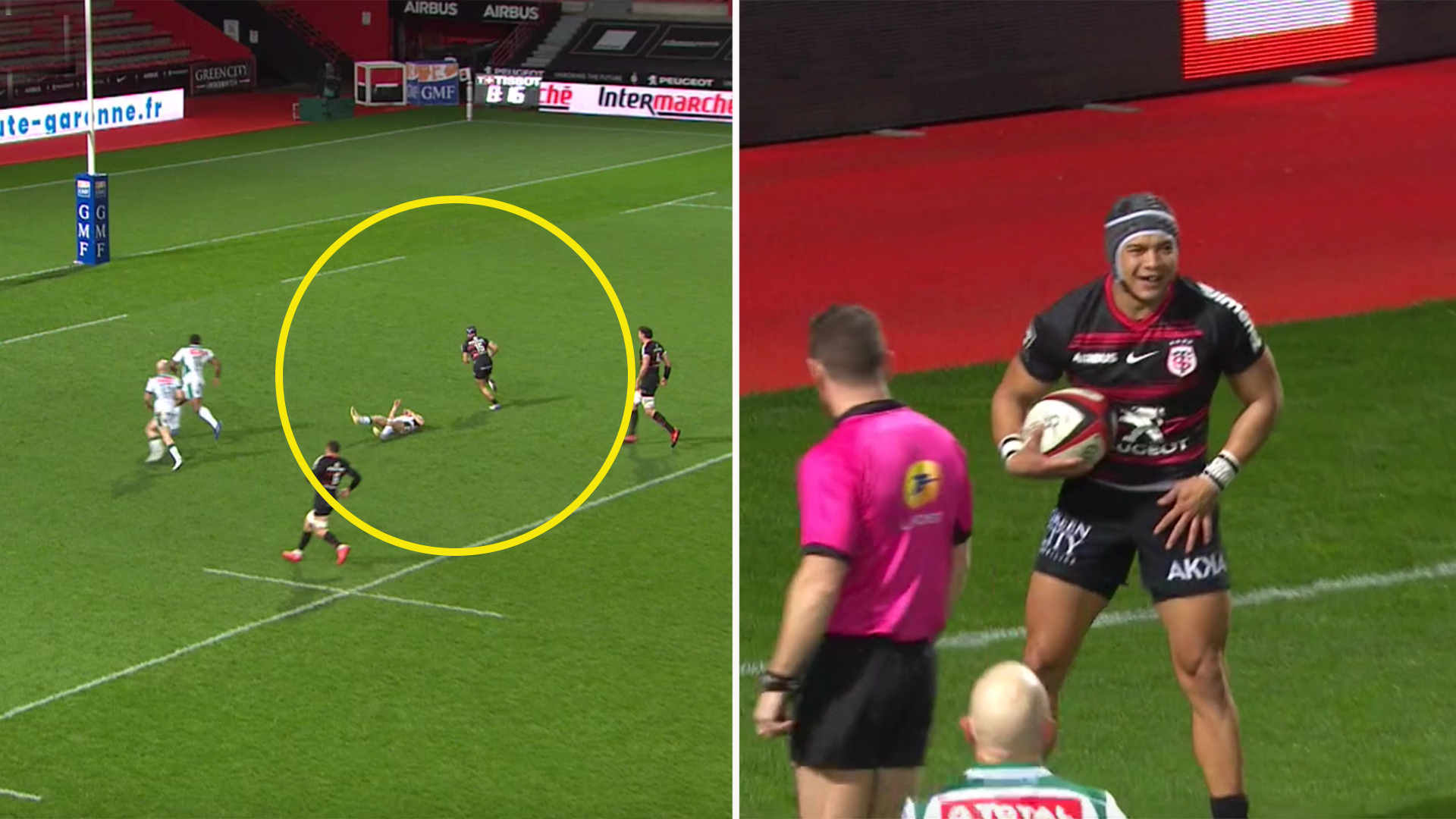 Cheslin Kolbe is arguably the most famous rugby player who is currently playing today.

After starring in his nation’s shock World Cup win in 2019 the then 25-year-old winger saw a meteoric rise to the top of the world game after scoring the most iconic try in South African rugby history.

Cheslin Kolbe was once again in fine try-scoring form this evening, this time against Pau in the Top 14.

Our ‘Assaut de Rugby’ branch on the continent alerted us to this disgusting try from the Springbok star who opened the scoring for Toulouse tonight.

Upon watching this we had to ask ourselves if he should really be allowed to play at this level, heck, at any level!

The try this evening came after just eight minutes in the Top 14 clash. The light-footed back had three men to beat – but he just makes it look so easy.

watch the Cheslin Kolbe try in the video below

We watch as Kolbe breaks through the Pau line with a few hapless defenders chasing back ahead of him – desperately trying to get between him and the whitewash. It’s quite literally like watching a man against boys.

All the 27-year-old has to do is power off his left foot and it’s curtains. I’m pretty sure you can number ten’s left ankle break, along with his dignity, hopes and dreams.

We look on as the winger taunts his opponents, refusing to dot down the try until his opponents can get close to him. Does the man have no mercy?