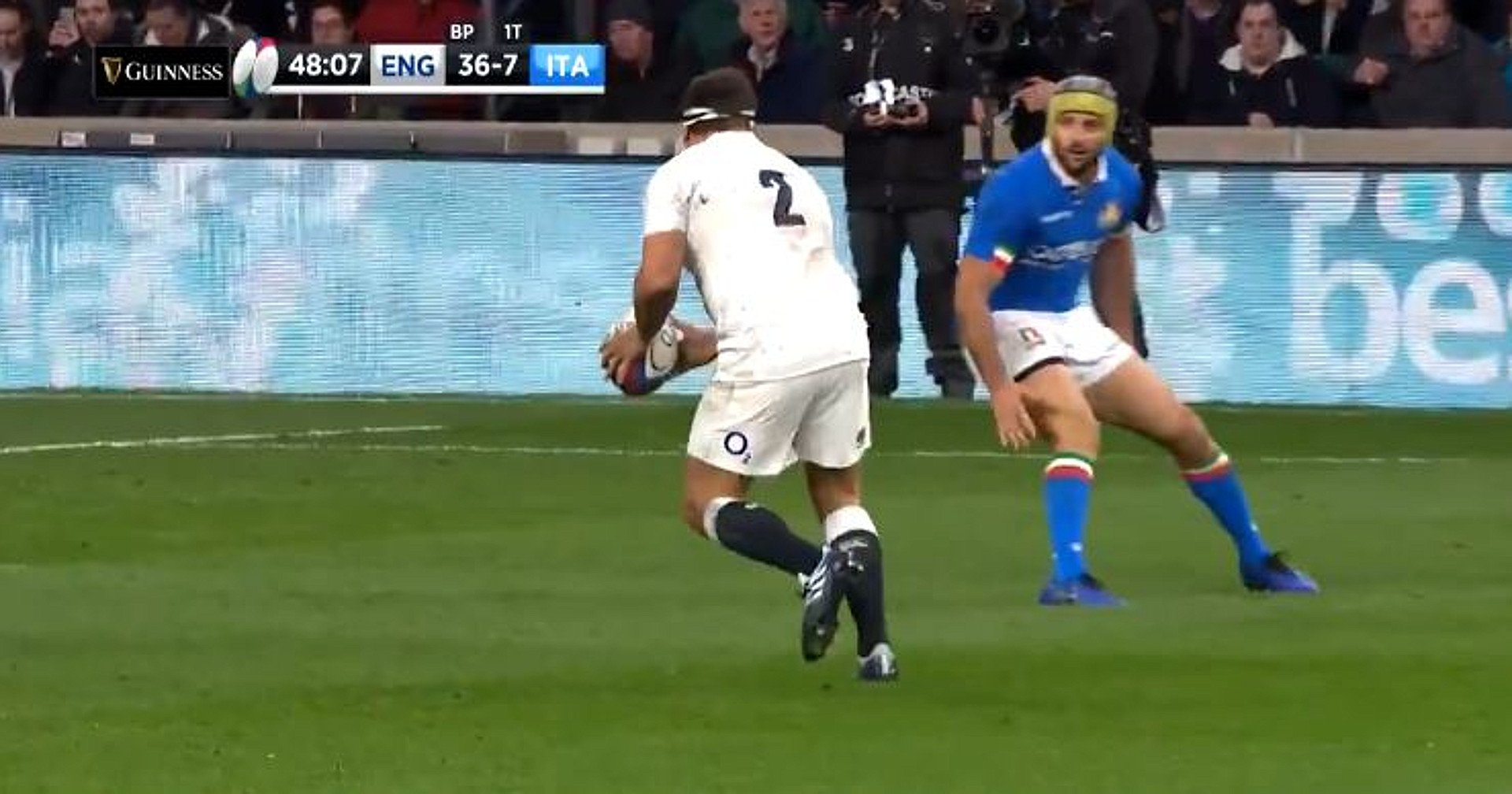 WATCH: This Jamie George piece of skill proves he could probably play 12 if needed

In a win over Italy on Saturday that was nothing short of a formality, Eddie Jones will be pleased with certain aspects of the game.

He had a chance to try out new combinations and tweak players positionally, which certainly paid off. However, the performances of some of his regulars will please him a lot as well.

Hooker Jamie George’s miss pass at the beginning of the second-half for Manu Tuilagi’s try was one thing that would have left quite a smile on Jones’ face. The Saracen cut out two players in a sublime 15 metre pass off his left hand for Tuilagi on the touchline.

It has been said many times in jest that George would not be out of place in the backs, and these hands are testament to that claim. While this may not be the most outrageous try assist in an England shirt, after his grubber kick against Australia in 2016, but this nonetheless marks him out as one of the most skilful front-row players in the world.

This is a pass that the All Blacks’ Dane Coles would be proud of, and it is no surprise that England decided to post this try from all angles, as they moved the ball two-thirds of the width of the pitch in three passes.

The debate over whether George should start ahead of a fit Dylan Hartley will continue right up until the World Cup, but there is no doubt that this is something he can do which the England captain cannot.