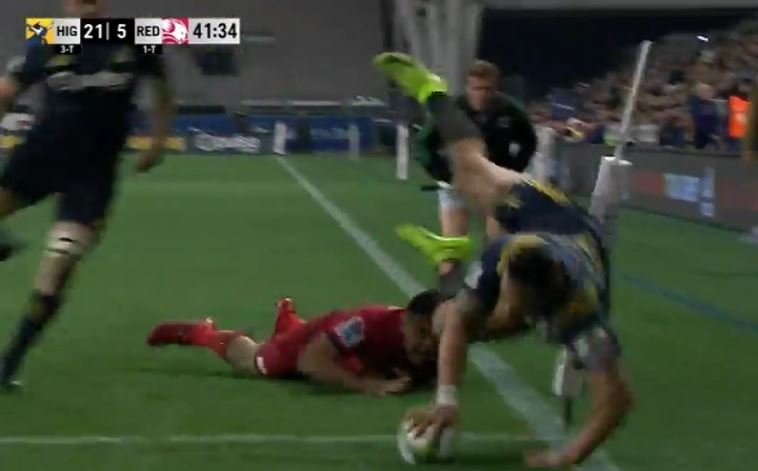 Three phenomenal finishes in one game, each effort was more likely to find itself in touch than cross the line for a try.

Naholo had absolutely no right to score the first try of the game, choosing not to go around Nabuli but instead to go through.

Tevita Li opted to leap through the air, while switching the ball to his right hand in order to touch down delicately in the corner.

Finally although the game had already got away from The Reds, Perese somehow manged to get an off load away to Timu in the midst of two Highlanders defenders attempting to smash him off the park.