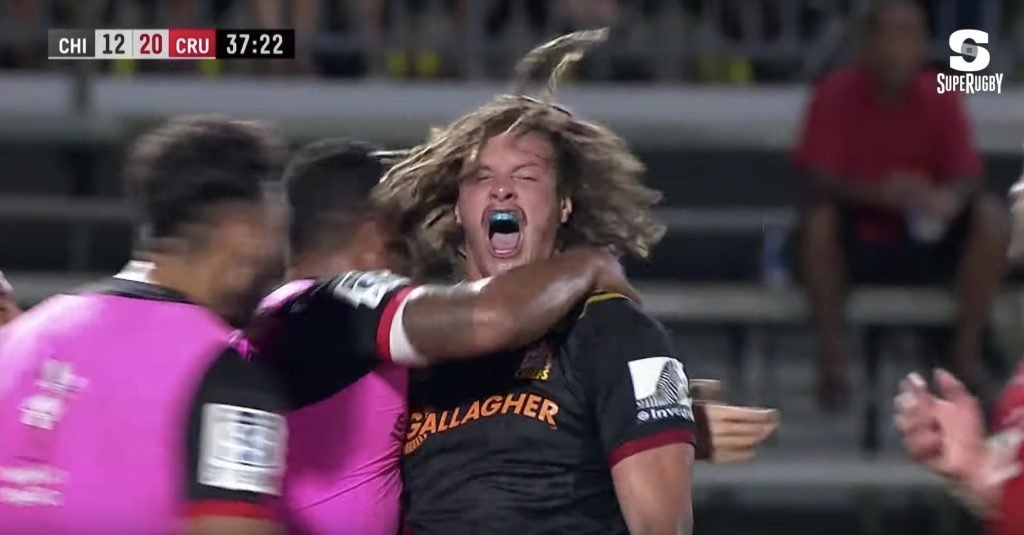 WATCH: Today’s clash between the Chiefs and the Crusaders was one of the best in Super Rugby history

We exaggerate in no way when we say this game was phenomenal.

The Crusaders were 20 points ahead in no time, and we were already preparing our memes to throw on the Chiefs. But the end of the first half saw one of the best comebacks that we’ve come across. It was truly that good.

And the second half was even better, with almost every attack ending up in a score or, last-ditch try-saver.

And to add to all of this, the crowd in Fiji was UNREAL. They were yelling and shouting the entire match and it made for an unbelievable atmosphere in the stadium.

In other news: Junior Springboks have to use every chance they get

Junior Springbok vice-captain and centre Rikus Pretorius – who will make his second appearance at the World Rugby U20 Championship when the competition kicks off on Tuesday, 4 June – said one of the biggest lessons he learned last year was that the team had to use every opportunity they get if they want to lift the trophy.

The Junior Springboks missed out on a final berth in the 2018 showpiece in the south of France by the narrowest of margins, going down to England in the Semi-final by one point, and while Pretorius admitted their focus was solely on their opening match against Scotland, he said it was important to remember the lessons learned last season.

“This is the World Rugby U20 Championship, so we know every match we play is going to be tough,” said the 20 year-old who grew up in Upington. “But we intend taking each match in our stride, so our focus at this point is only on the match against Scotland.

“It was extremely disappointing to go down by one point in the Semi-final last year, but I believe situations such as those teaches one important lessons.

“The one thing I took from that tournament is that we have to use every opportunity we get in this competition because the margins are very small.”

Pretorius and his team-mates arrived in Rosario on Thursday, and the hard-running centre said he was relishing the opportunity to be part of the squad once again and visiting Argentina for the first time.

“It is an honour to be part of this squad and it is fantastic to be at the World Rugby U20 Championship for the second time,” said the former Grey College learner. “It is only our third day in Rosario, but we are enjoying it so far and the atmosphere in the team is great.

“There is a five-hour time difference between Argentina and South Africa, which we have had to adapt to, but the players are very excited to be here.

“We already resumed our preparations for the tournament, and while the focus will always be on what we would like to achieve on the field, we are also looking forward to experiencing a new country and culture in the next few weeks.”

Pretorius was humble about being named joint vice-captain with Francke Horn and said: “It is a big honour to be named one of the vice-captains, I certainly didn’t expect it. But I intend doing everything I can to support my team-mates on and off the field.

“We are very fortunate to have a solid group of leaders in the side, which will make our job easier, and everyone in the team knows what is expected of them, so although it is a bigger responsibility, it does not require me to change much in my approach to the tournament.”

Commenting on his career and future dreams, Pretorius said: “Playing for the Junior Springboks certainly rates among the main highlights of my career up to now.

“In the long-term, my big dream is play for the Springboks.”