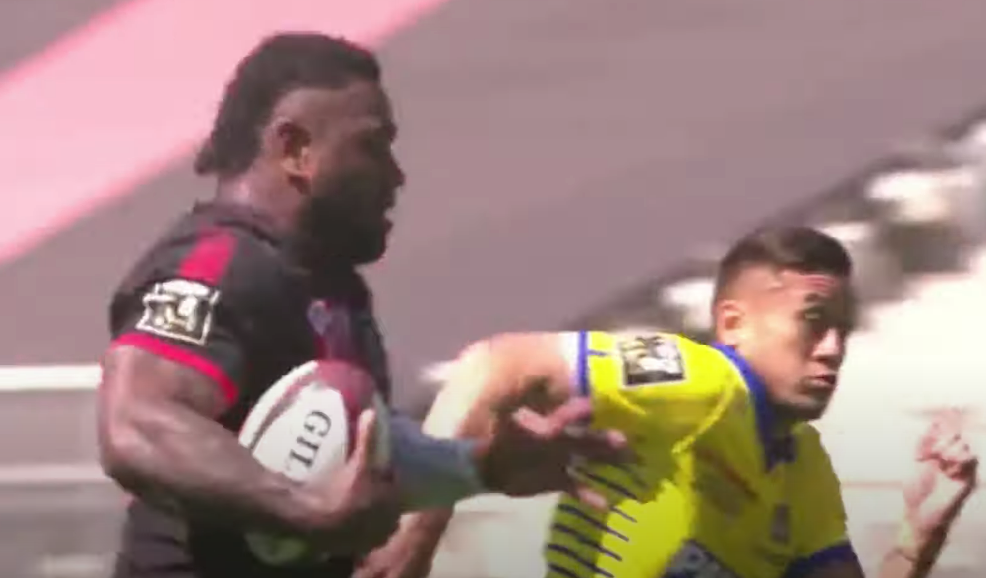 It’s no secret that Fiji and Lyon’s Josua Tuisova is one of the most intimidating players on the planet with ball in hand, and he proved that this season by finishing as the Top 14’s top try scorer with 14 tries.

Therefore it was only right that the Top 14 shared a highlights reel of the 113kg back, and it is a frightening display of pace and power. Whether on the wing, as a centre or even playing No8, the 27-year-old is one of the most lethal players in the game at the moment.

After finishing ninth in the Top 14 last season, Lyon have already bolstered their squad ahead of next season. One of their marquee signings is former All Black Lima Sopoaga from Wasps, who may help in providing more opportunities for his Fijian teammate outside him.

Tuisova recently missed out on Fiji’s Olympic sevens team, having won Gold in 2016, while also missing out on the 15s squad who take on the All Blacks this weekend.