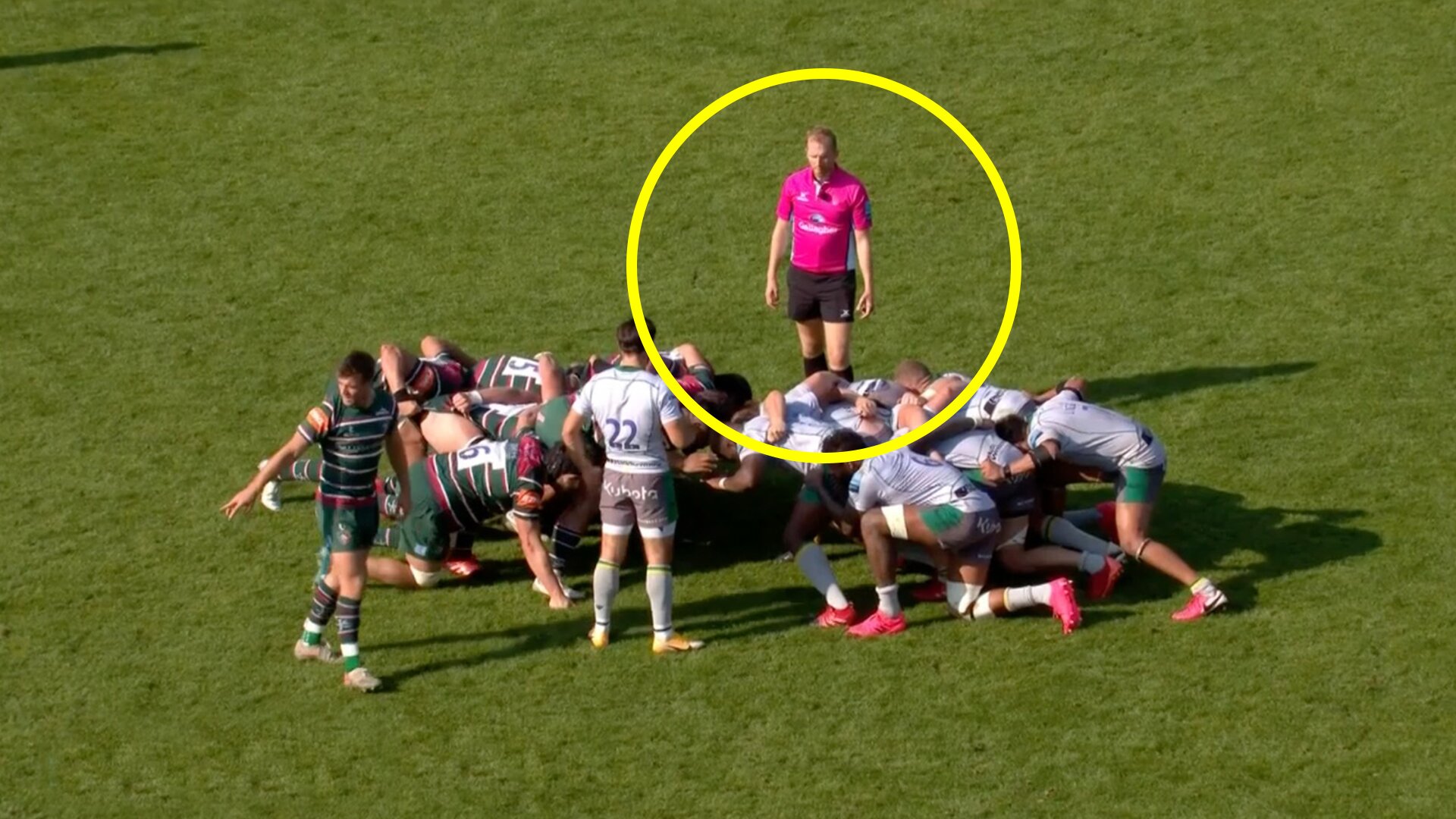 English referee Wayne Barnes reminded the Rugby World today exactly why he is one of the best referees in the world today as he officiated the Leicester Tigers vs Northampton match.

The official, who has made a name for himself in rugby for his no-nonsense refereeing, spoke to two players who were in a confrontation in the middle of the match, his quick-witted way of dealing with the confrontation has already received 10,000 views in less than an hour.

Wayne Barnes recently made an account on Twitter and it has already got 20,000 followers in less than a week. His return to the platform didn’t go unnoticed.

His returning tweet to the platform received thousands of likes and hundreds of shares with fans and former players all welcoming the World Cup legend back.

The referee did not have an account in the past as he wanted to avoid any confrontation with angry fans in the past. With officiating performances like the one he put in today we are sure he will be receiving a lot of positive message.

Logged back on to discover 22k people are now poised to disagree with my decisions. Can’t wait.

Barnes also made an effort to appear in the media during the lockdown, speaking to media outlets such as BT Sport about the different officiating tips that he knew.

In the match today, the referee quickly reminded fans why he is known as one of the best referees in the World.

There was a scuffle breaking out between two props in the match when Barnes quickly shut down the confrontation with just one sentence.
Magnificent refereeing on display!

What’s this? Someone’s after a scrap in the car park?! 😂