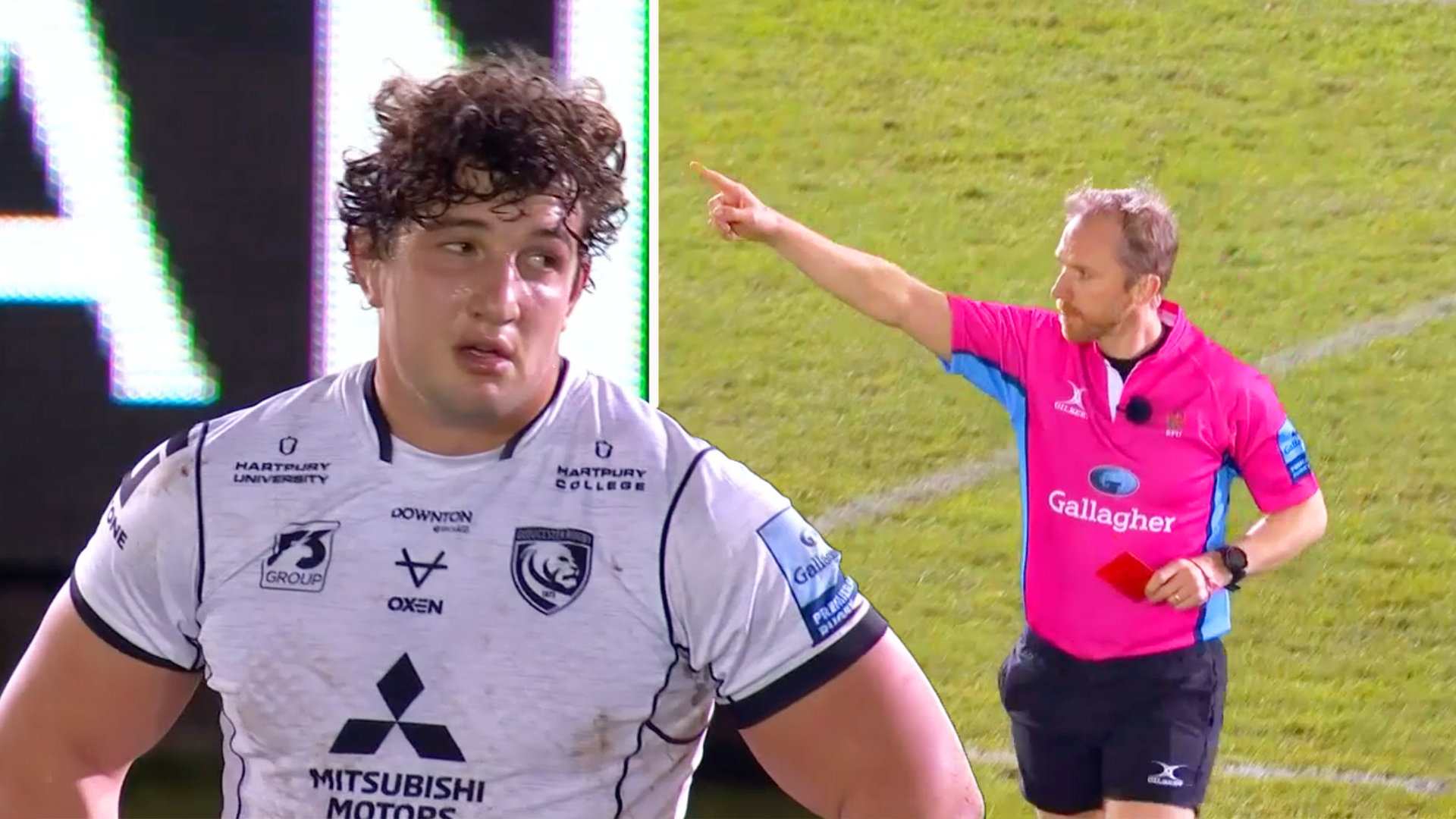 There were controversial scenes last night in the Premiership with two red cards shown for both Bath and Gloucester at The Rec.

In the West Country clash there was a sending off in both the first and second half – leading to heavy debate online about the officiating of the referee, Wayne Barnes.

Others praised the Englishman for his handling of both of these incidents, what did you make of these?

These were both highly contentious issues in such a close game, Bath came out as 16-14 winners in the end in a crucial win for Stuart Hooper’s men.

The first card was shown in just the eighth minute of play with Val Rapava-Ruskin being given his marching orders for this offence. What did we make of this?

watch the video below to see the Gloucester sending off in the Premiership.

The first of two red cards at Kingsholm last night – what did we think of this? 🤔 pic.twitter.com/U3vW4ZUyMh

Many fans praised Wayne Barnes and the TMO for their handling of the two incidents whereas other fans went in on the English referee – claiming he was aiming to be the centre of attention.

In the 51st minute, it was Bath’s turn to go under the referee’s microscope. With Mike Williams being sent from the field of play on this occasion.

watch the second Premiership sending off in the video below

And here was the second half of the night featuring Rhys Priestland 😱 pic.twitter.com/m24qgEpTqH

After both incidents, Wayne Barnes was at the centre of discussion on social media. Here was some of the response online last night.

Wayne Barnes talking through the thought process is really helpful. These cards will change behaviour/ technique in time.

So basically @gloucesterrugby played very well tonight I think Wayne Barnes was shocking. When we all look back on those many many many forward passes, double movements and basically cheating. We all know where his heart is. Gutted, yes.

The most effective team tonight? Wayne Barnes & Tom Foley. The relationship between ref & TMO is critical and they’ve been paired together recently developing that understanding. By the way, good game.

@ugomonye Twelvetrees or Wayne Barnes for man of the match?