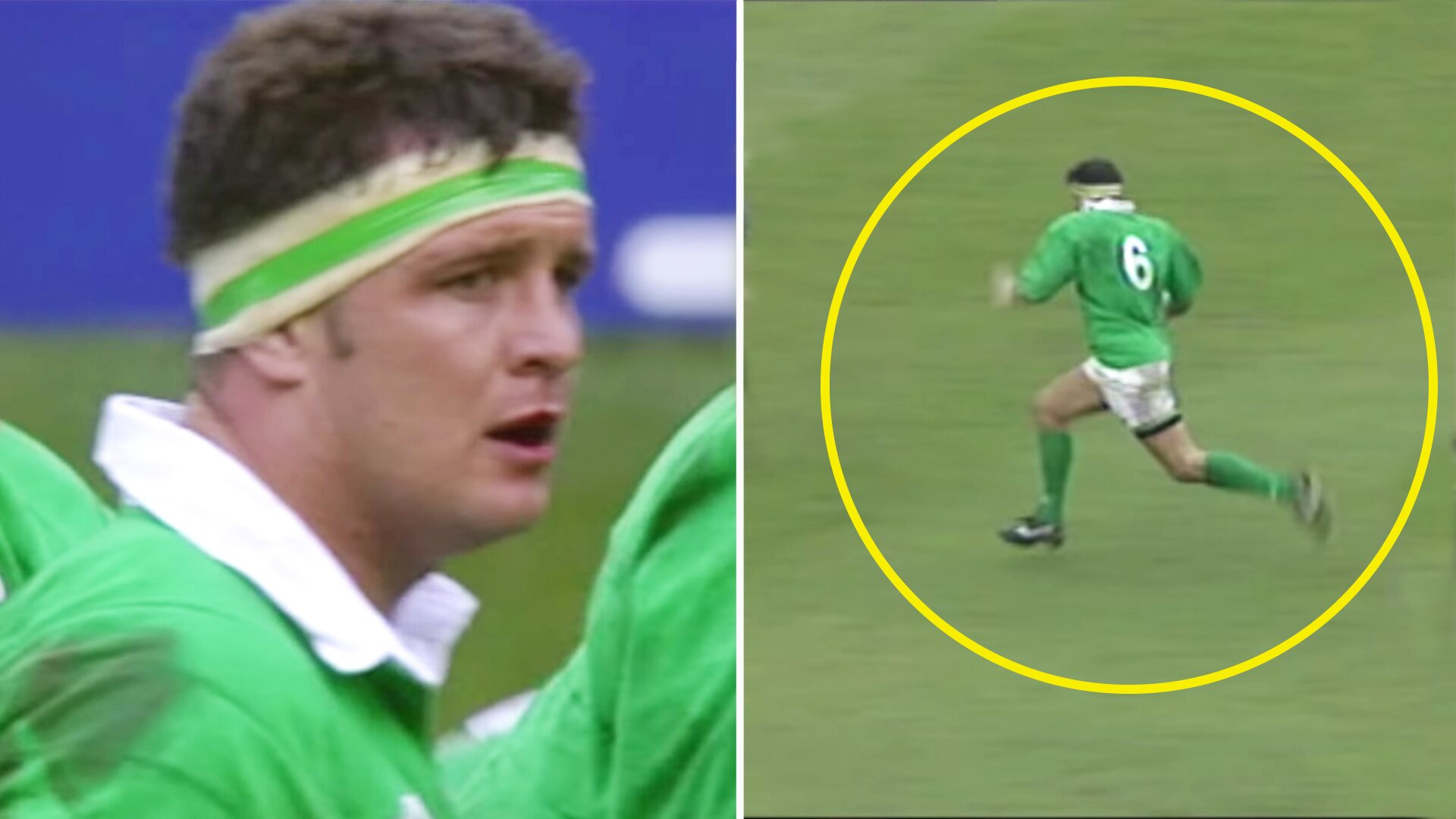 We can’t believe how fast this Irish forward was

We’ve just been sent in this footage from the 1999 Six Nations and it’s incredible.

We know there are some fast forwards knocking about these days but for 1999 this was superhuman!

This video shows Dion tearing it up against the Scots in 1999.

The Ireland side that year were coached by a certain Warren Gatland and it’s mentioned in this video that he dished out some harsh words to his players in the week to motivate them for this game.

O’Cuinneagain certainly responded with an exceptional performance in defence and attack.

This video focuses on his attack – and more particularly his incredible speed.

Check out how fast he was in the video below

Exeter Chiefs are dipping into the Cordero family rugby stocks once again, with the signing of Facundo Cordero, the young brother of former club favourite Santiago. The 21-year-old has signed a one year contract with the Devon club.

Puma star Santiago Cordero lit up the Gallagher Premiership during his time at the Chiefs and the coaching ticket are clearly hoping lightning will strike twice.

“We’ve signed a young man by the name of Cordero – Facundo Cordero,” Chief head coach Rob Baxter told the club website. “He is Santi’s younger brother. I thought the name Cordero would excite a few people as Santi was a huge fans’ favourite. He was popular amongst the squad and played exceptionally well for us during his time here.

“We are kind of hoping that his brother can now follow in his footsteps. Looking at him, he’s a little bit behind Santi in terms of his development, but hopefully what we’d like to see in the future is us having as much difficulty trying to keep hold of Facundo as we did with Santi because that is the quality of how he plays.”