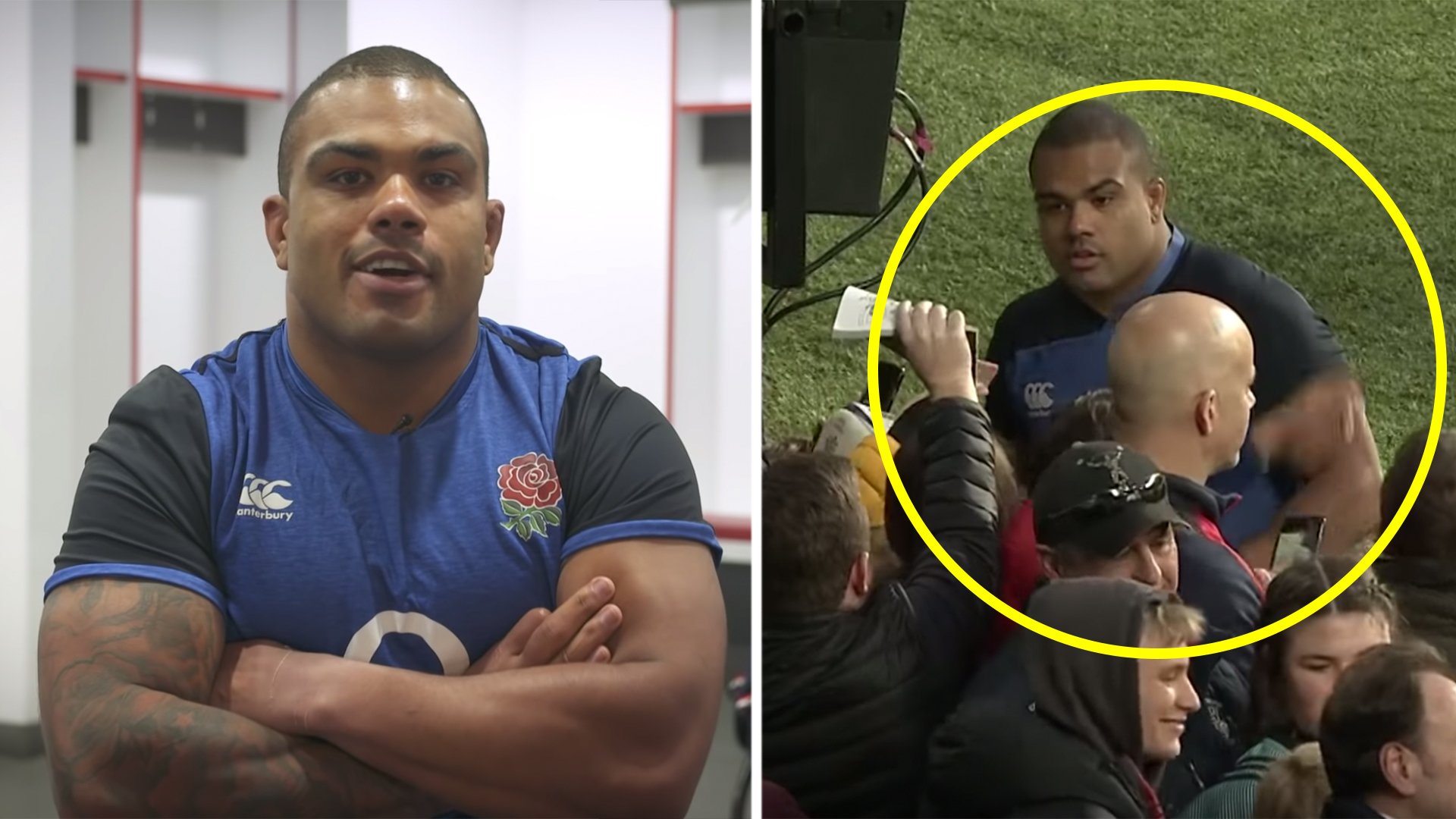 We didn’t know how much a top bloke that Kyle Sinckler was until we saw this video.

England rugby released a behind the scenes video looking at their preparation for the Six Nations clash against Ireland. At the end Kyle Sinckler spoke to the camera about a project that he has been doing in his spare time and it honestly blew us away.

It turns out Sinckler has been creating a fundraiser to help inner-city children who don’t always have the opportunities to thrive in rugby.

Sinckler himself has said that he came from a background where he didn’t get the help he always needed in rugby and now he wants to give back.

Many people know the England prop has a hot temper, and he has wrongly developed the reputation as a bit of a hot head in England rugby.

In the 2017 Lions Tour, his angry outburst at an All Black prop for a tackle in the air made his reputation of a very aggressive person.

This video shows the real side of Sinckler and it is brilliant to see what he is doing to give back to rugby.

O2 Inside Line | A break in fixtures but no break in training and preparation as Eddie and the squad build towards hosting Ireland at Twickenham, the social committee puts on quite a show and 10,000 fans watch the side train at HQ.

Bristol Bears have announced the capture of British and Irish Lion Kyle Sinckler, who arrives on a two-year deal.

The 26 year-old– who joins from Harlequins in the summer of 2020 – has 31 caps for England, representing his country at the 2019 Rugby World Cup.

Sinckler featured in all three tests on the Lions’ tour to New Zealand in 2017.