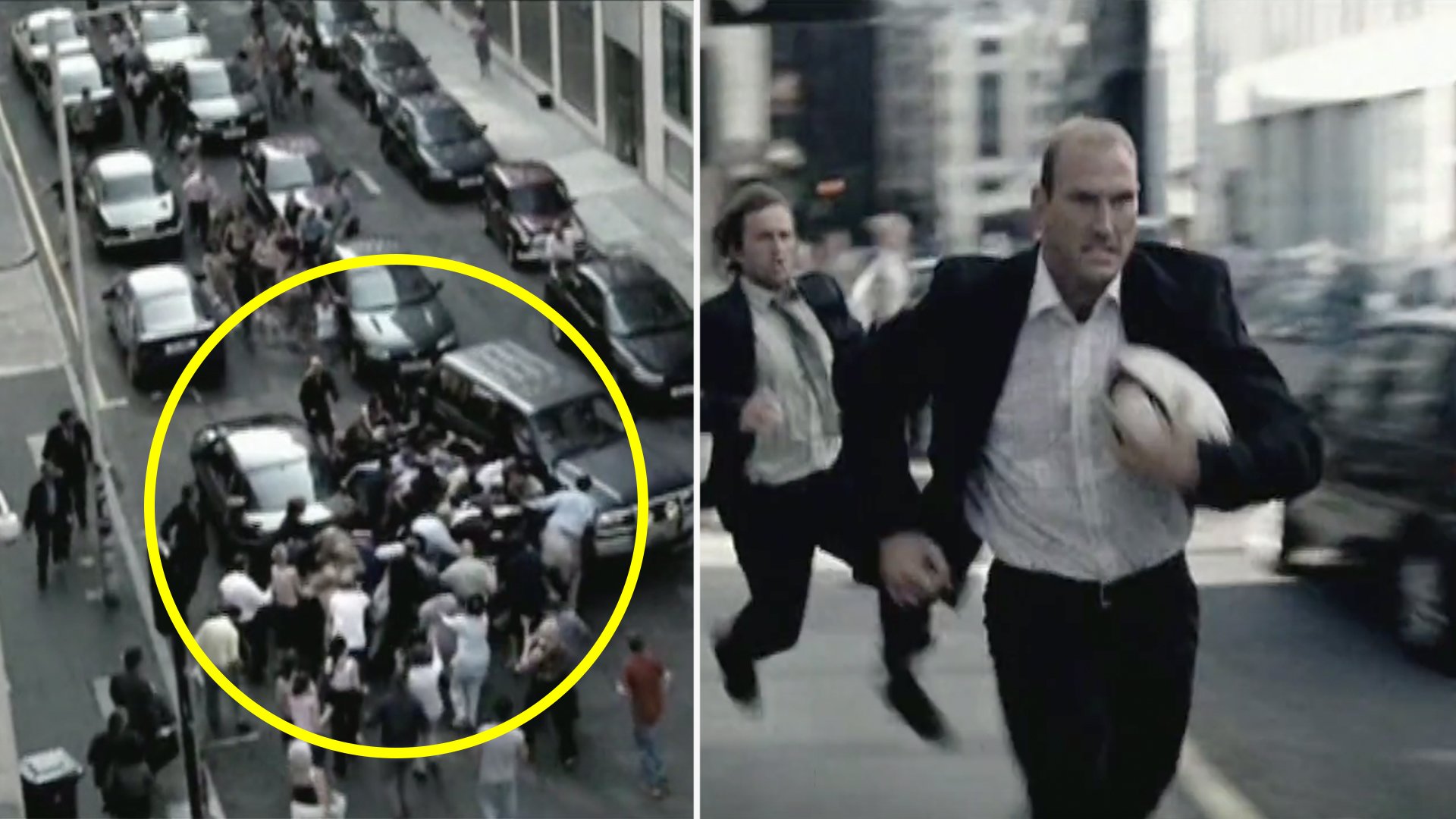 We have managed to find a HD replay of the iconic rugby ad that Nike did back in 2003 to coincide with the World Cup in Australia. Many of you may have not seen this before as it was banned in the UK.

The 90-second ad, “keep the ball alive”, features a host of rugby stars, including England’s Lawrence Dallaglio, taking part in an impromptu rugby game on the streets of London.

We managed to find the HD version of the video online after a channel uploaded it today. They are the true rugby MVP’s!

The ad featured many of the top rugby players in the World, like England’s Lawrence Dallaglio The spectacular opening of crashing glass sees the ball roll across the street to be taken up by Dallaglio, who smashes a car windscreen as he stomps over the top of a car when he takes up the ball and moves the game on.

As well as the England forward, the ad sees the ball taken up by a number of international players including Ireland’s Keith Wood, France’s Fabien Galthie, England’s Dan Luger and James Simpson-Daniel, and former Wallaby Tim Horan.

The Ad never appeared in the UK because of strict TV broadcasting rules that were around in 2003.

With more than 300 extras involved, the ad, shot in London’s Liverpool Street, perfectly transports the rough and tumble of the rugby field to a crowded city street.

Timed to coincide with the Rugby World Cup in 2003, Nike put the ad online at KeepTheBallAlive.com

The ad, set to a rock soundtrack provided by Unkle’s ‘Eye for an Eye’, was directed by Australian directors Steve Rogers and Rey Carlson of Revolver and created by Publicis-owned agency Publicis Mojo. The ad was creative directed by Darren Spiller, art directed by Christy Peacock and written by Steve Jackson, with agency production by Corey Esse.