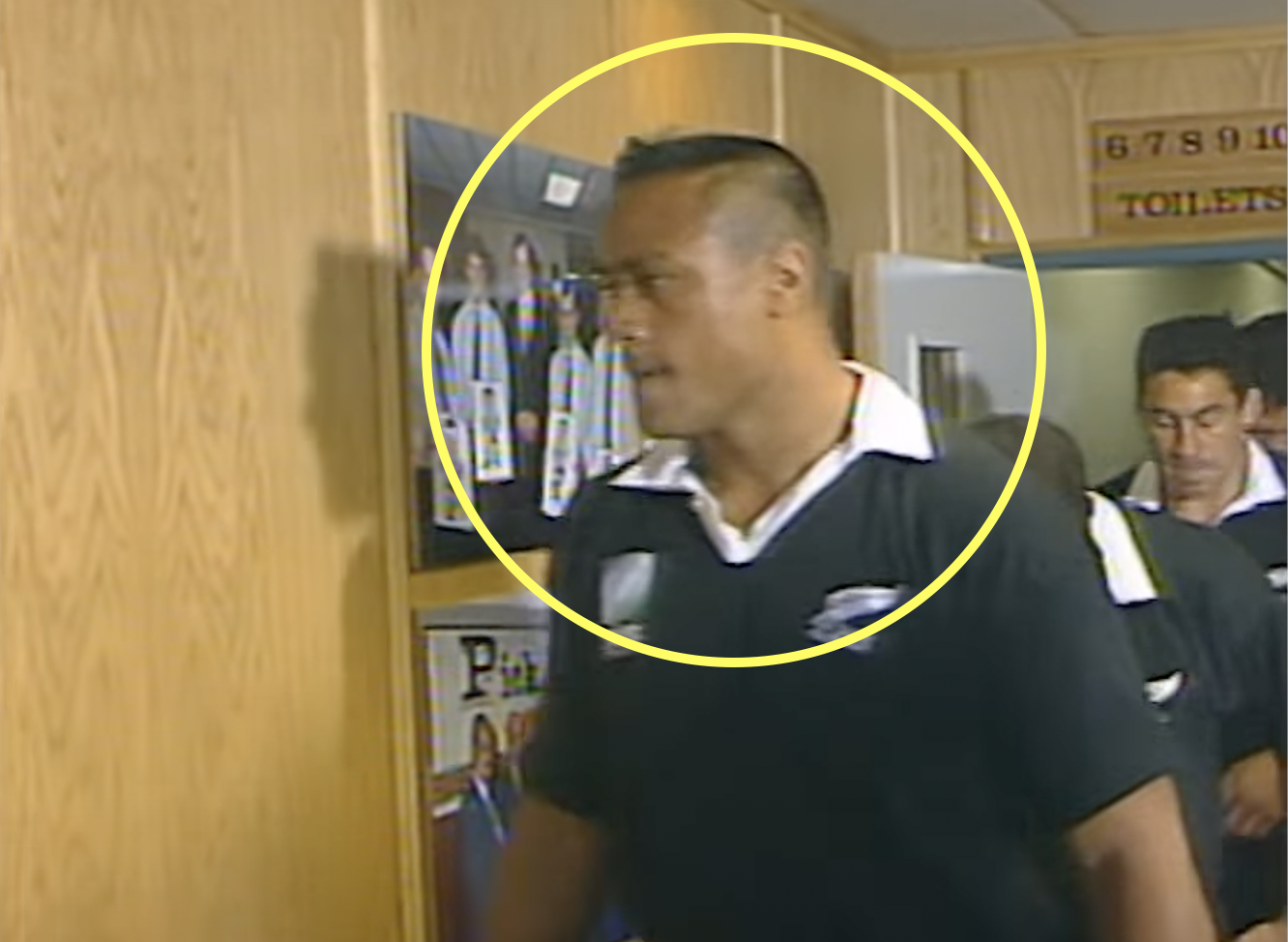 Recently inducted member of the World Rugby Hall of Fame Will Carling was the guest on Jersey Tales this week, and gave quite a unique perspective on taking on the All Blacks.

He showed the shirt of his opposite man Frank Bunce from their 1993 encounter, and described the 59-cap All Black as the “toughest centre” he ever played against.

The two squared up opposite each other two years later at the 1995 World Cup semi-final, although it was no longer Bunce that intimidated the former England captain, rather Jonah Lomu. The All Black legend went on to score four tries in that match, including his legendary finish where he trampled over Mike Catt, in which Carling was one of the tacklers who tried to stop the Kiwi in the build up. However, in Jersey Tales, Carling focuses on the first time he saw Lomu while standing in the tunnel before the match.

“The first time I played against the All Blacks was the 1991 World Cup and we lost,” the 73-cap Englishman said.

“We came across them in 1993 and we managed to beat them at Twickenham and then the last time I played them was at the 1995 World Cup, and there was a certain Jonah Lomu wreaking havoc.

“With Jonah it was, we’d watched tapes on him and we made the classic mistake in the build-up to the semi-final of trying to treat him as a normal player. I remember standing in the tunnel in Cape Town, it’s a thin tunnel and in World Cups it was the first time you used to wait for each other and you used to line up next to each other, and we’d got there first.

“So I’m waiting and then obviously the New Zealanders arrive and I remember Fitzy [Sean Fitzpatrick] was at the front, and you do that thing in rugby where you don’t look at each other, I don’t know why. Eventually I got annoyed because we were being made to wait, and I turned to see where the referee was and my eyes went over the first three New Zealanders and then went over this huge hulk of Jonah Lomu, and you were just thinking ‘oh my God.’ But you’re trying to tell your face ‘don’t show any emotion, no reaction, and I remember standing in the tunnel looking forward and just thinking ‘what is that?’

“He was unbelievable and four tries he scored that game, that was the end of our World Cup.”