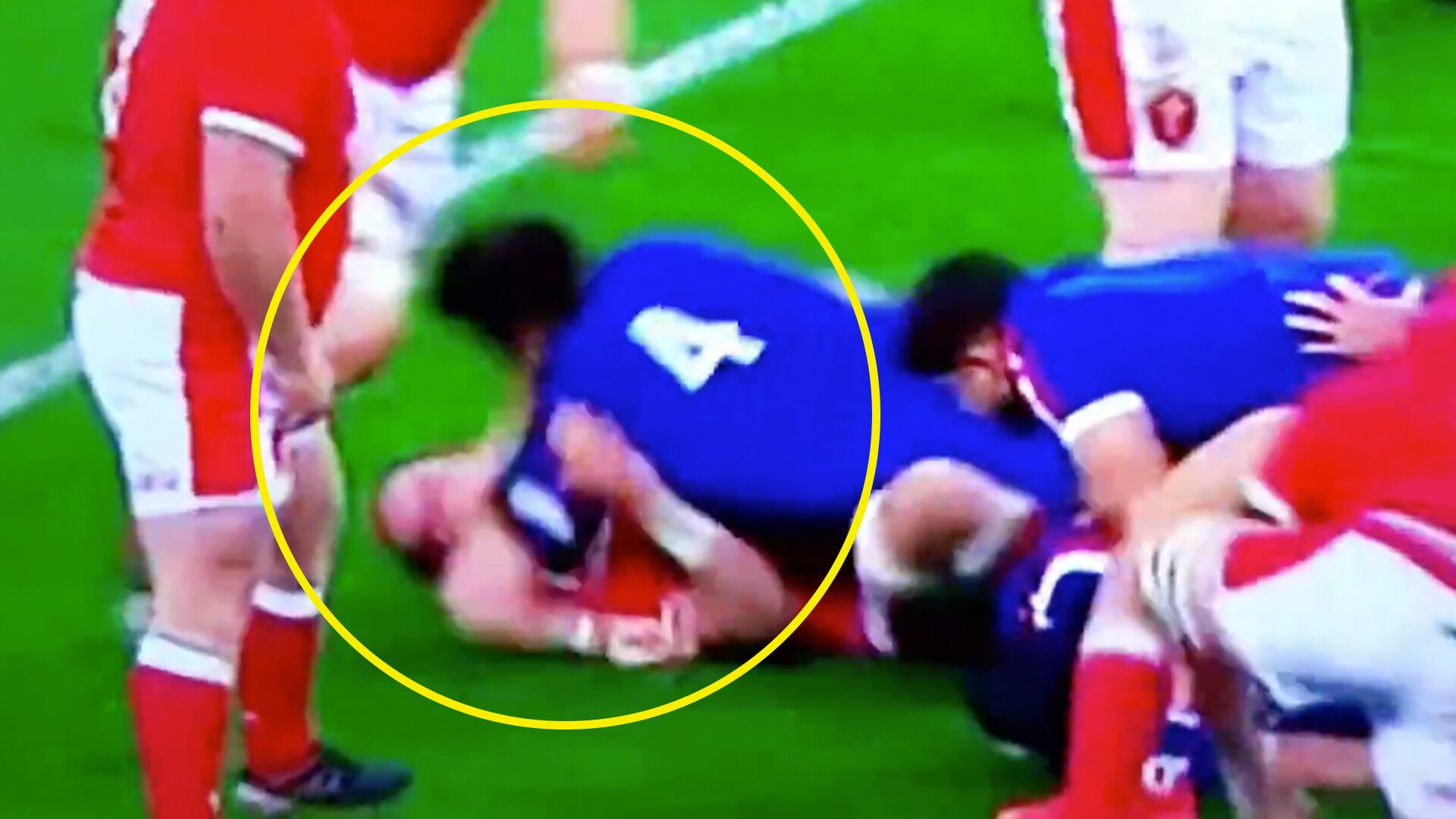 It was a historic night for Jones who was earning his 148th test cap equalling Richie McCaw. His big night was dampened however after this horrific piece of foul play in the first half.

The match had been an entertaining, free flowing encounter with both side’s trading scores in an energetic clash in Paris. Fans were livid with this moment, however, with many calling for a red card.

Wales started the half the stronger with a try inside the first minute from full-back Leigh Halfpenny.

The French fought back well as the game wore on with Virimi Vakatatwa pulling the strings for Les Blues from midfield. This was one of the standout moments of the half for the racing 92 centre.

The moment that had Welsh fans raging came here as we see Alun Wyn Jones fall onto the ruck. We then watch as he is held around the neck before being pushed to the ground by second-row, Le Roux.

Then the shocking moment happens as Le Roux lands on top of Jones before dropping his elbow into the captains face with serious force. Watch the sickening piece of foul play below.

Fans on Twitter were quick to react to the elbow to the face with many calling for a red card.

Sorry but did no one see #4 choke hold Alun Wyn Jones and then proceed to elbow him ?!!! #FRAvWAL

Think Le Roux should have seen red for a forearm to the face of Alun Wyn Jones. Surprised the officials didn’t pick it up #FRAvWAL

What do you think? Was this a sending off offence?