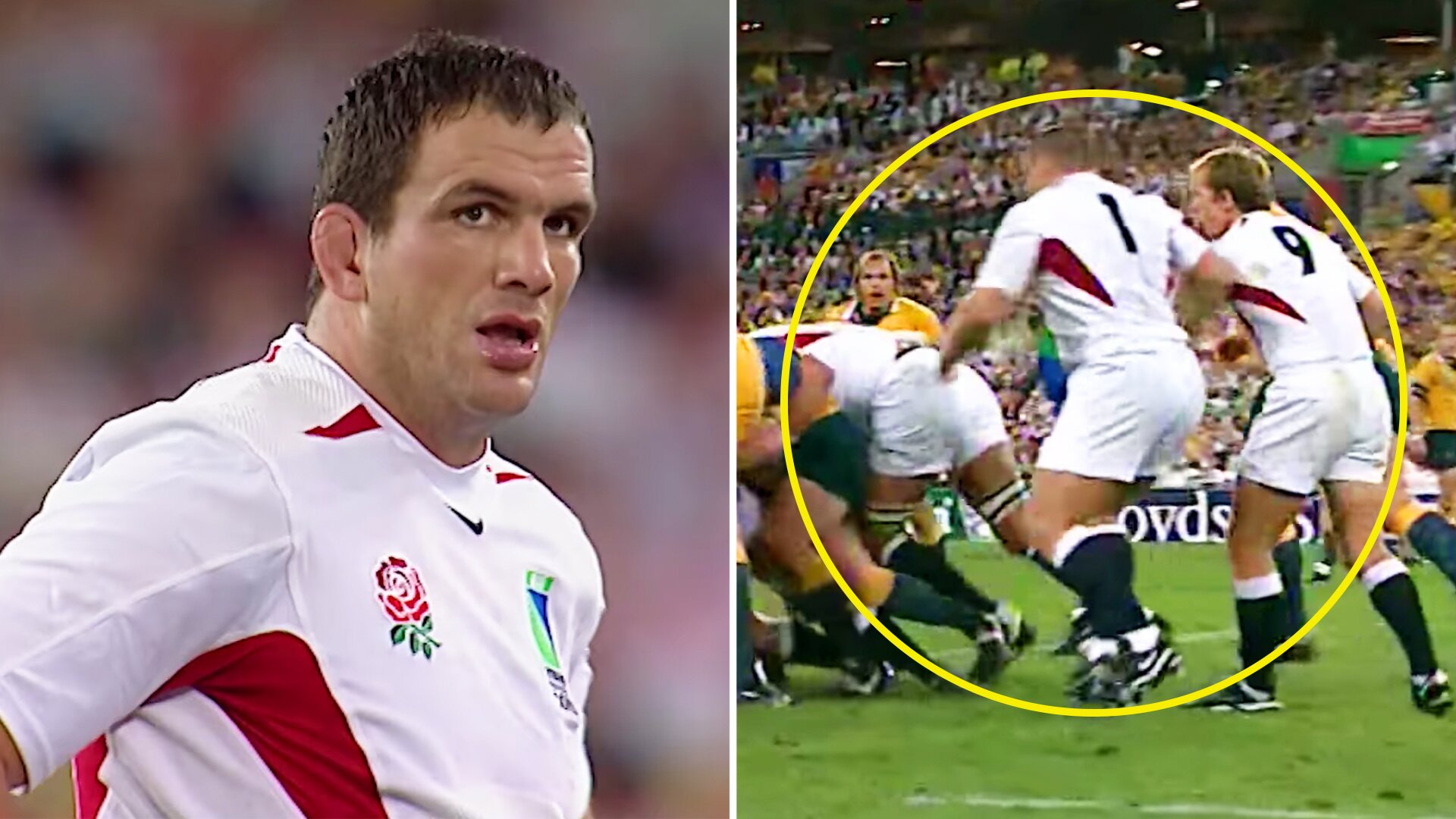 Were England lucky to win the Rugby World Cup?

Were England lucky to win the 2003 Rugby World Cup?

An Onslaught follower has sent us in this footage from the final in Sydney and they do seem to have a point.

Before you all lose your rag – watch the video would ya?

This moment is taken from a running commentary that Martin Johnson and Lawrence Dallaglio did for ‘World Rugby’ on the final last year.

They give their thoughts and reaction to crucial parts of the game as it occurs.

This pivotal moment happens just minutes into the final. We see as the ball is thrown in for an England lineout and gathered by Johnson.

The ball is taken into a rolling maul and brought to a halt by the Wallabies pack.

England clear their lines and the game appears to continue on as normal before the referee, André Watson, calls in Martin Johnson about an incident that just occurred.

Watch the controversial moment below…

André Watson and his assistant referees felt that this incident was only a penalty offence – but you have to admit, England were lucky that the decision went their way.

It just goes to show what a different game that rugby was back in 2003 – this would surely be at the very least a yellow card offence today.

After seeing what losing Kyle Sinckler did for England at the 2019 World Cup we can safely say that losing Trevor Woodman in the fourth minute of the final would have drastically impacted the result.

Of course – seventeen years ago this sort of thing was far more commonplace. We see in the video as Lawrence Dallaglio refers to it as ‘a swinging arm’ by Woodman.

What do you think about this Rugby World Cup final moment? Let us know.