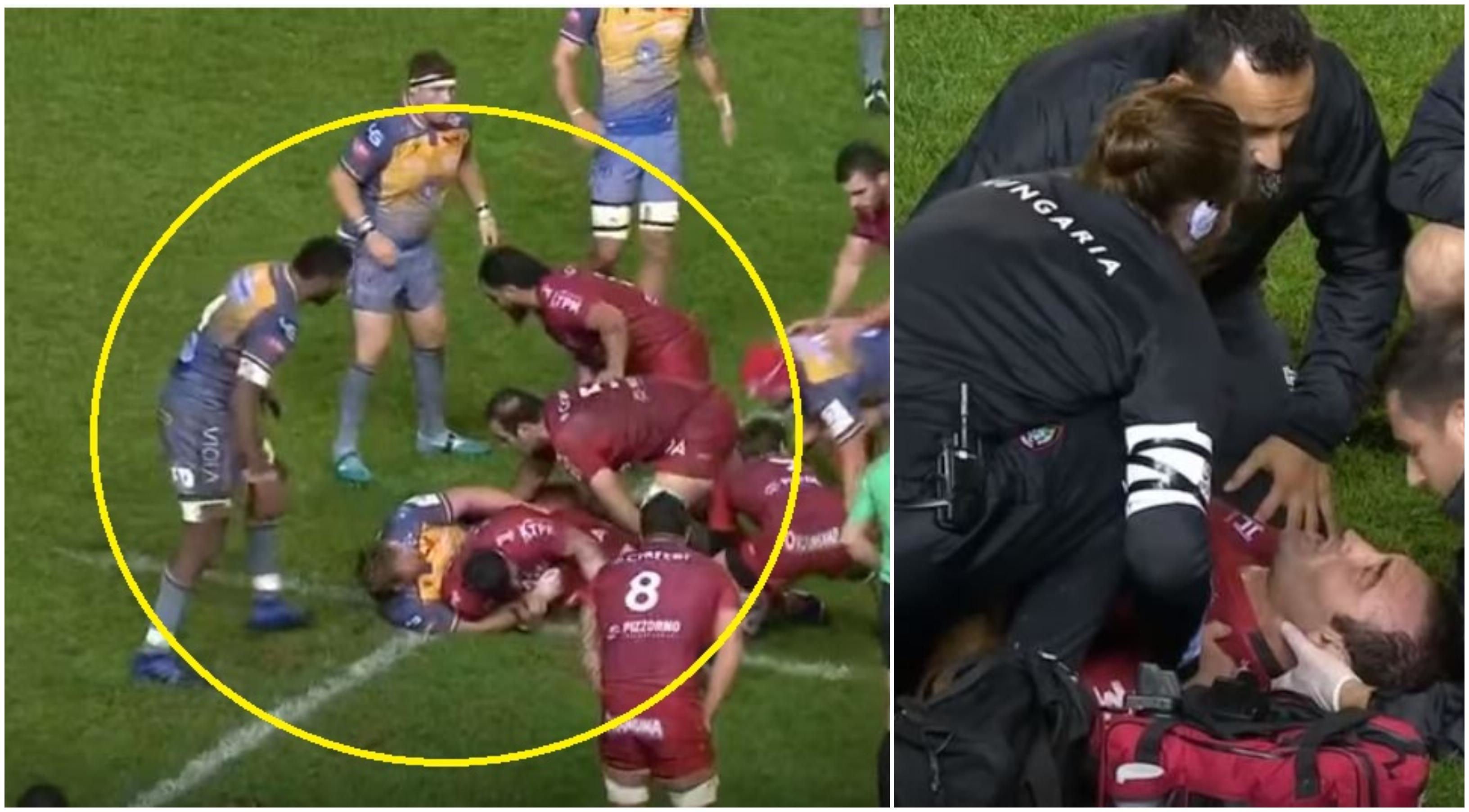 Georgian hero Mamuka Gorgodze was floored beyond belief by a pretty needless power to shoulder to the head from Fijian Tevita Kasikasi Ratuva.

The Scarlets foward was then given his marching orders by RFU ref Tom Foley.

The hit left the legend sprawled like a drunk at a wedding.

Bristol Bears will be the 11th different club to face Brive in the competition when the two go head-to-head at Stade Amedée-Domenech tomorrow. It promises to be a fascinating battle with Brive having won seven of their previous eight home meetings with Premiership clubs, whilst the Bears have won three of their last four outings in France.

Whilst the 20 competing clubs and their stars of the world game will be focused on boosting qualification prospects for the knockout stage of the Heineken Champions Cup, there will also be an opportunity to celebrate the tournament’s rich and prestigious history during Round 2 this weekend.

Ulster Rugby kick off the action with their 150th match in European club rugby’s blue-riband competition when they welcome ASM Clermont Auvergne to the Kingspan Stadium tomorrow evening live on BT Sport for what promises to be a mouthwatering clash between the clubs who both registered victories in Round 1.

The 1999 tournament winners will be presented with a commemorative silver salver in recognition of their place among the 11 clubs on the Heineken Champions Cup roll of honour.

The holders, Saracens, will celebrate a century of appearances in the competition when they take on the Ospreys at Allianz Park in front of the Channel 4, Virgin Media and BT Sport cameras.

Both clubs are in need of a win on Saturday after opening round setbacks, and when the Welsh region were last in north London they ran the three-time winners close before holding Mark McCall’s side to a 15-15 draw in the return match at the Liberty Stadium.

Anticipation is building for a stellar Finals Weekend in Marseille next May with over 30,000 tickets already sold for the Heineken Champions Cup showpiece, and a combined total of almost 50,000 for the two finals at the Stade Vélodrome.