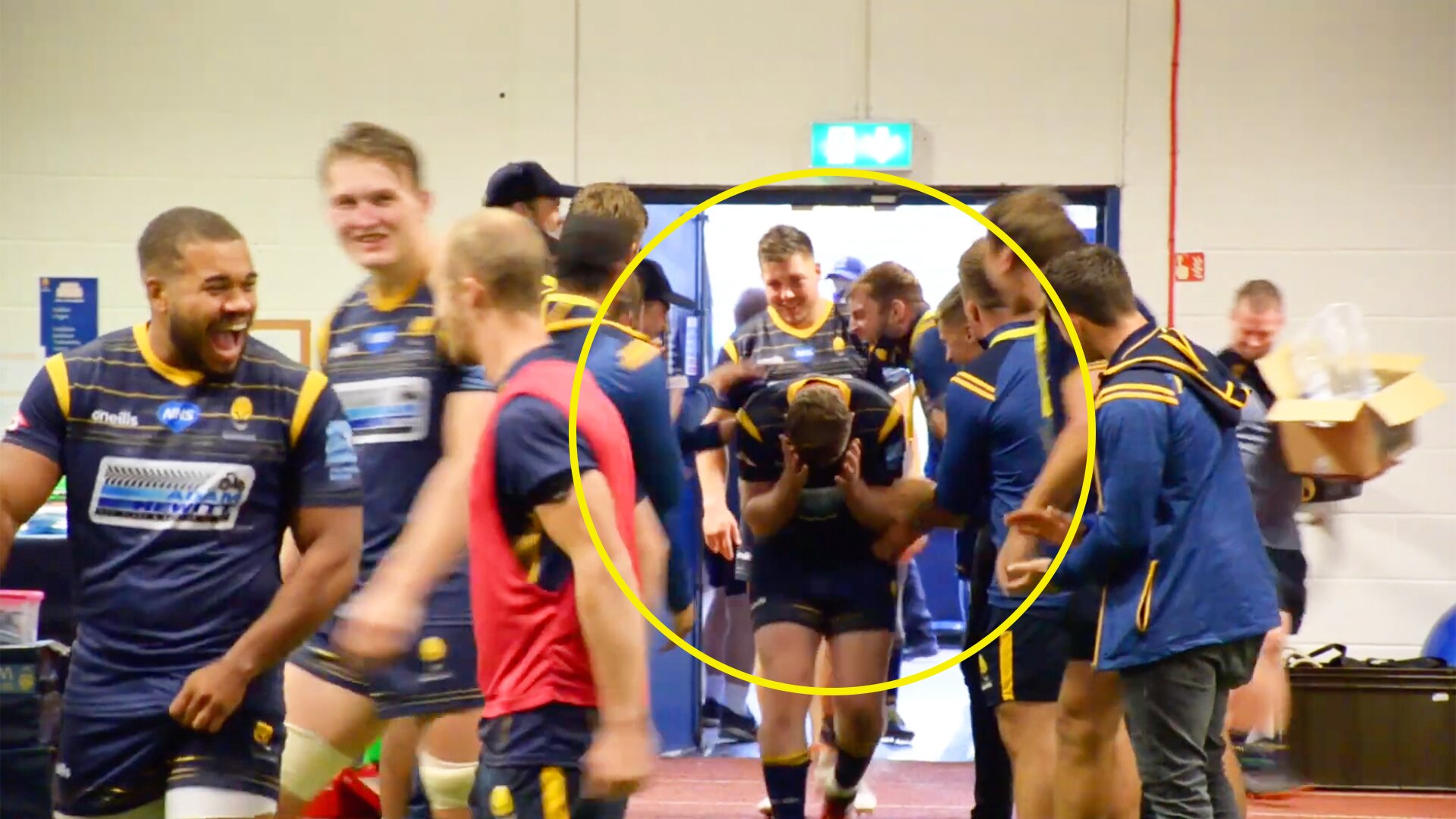 What does a rugby matchday during Covid really look like?

Rugby, like everything else right now, is not as it once was.

With no crowds, stringent social distancing and a packed out playing schedule – the game has taken on a very different feel since the return from lockdown.

Us fans at home see the match played behind closed doors with the unusual sight of empty stands but apart from that – not much has changed.

Gallagher Premiership club Worcester Warriors have now just released an in-depth behind the scenes look at what it really is like on a matchday in England’s top division.

As you can imagine, things are looking very different at the Midland side’s base at Sixways.

As we can see. The players are made to go through a regimented routine as they undergo a Covid assessment before arriving at the Stadium on matchday.

On arrival they are temperature tested before being allowed to enter ‘the red zone’ inside the training complex which only consists of Covid tested staff and players.

To allow for social distancing, Worcester have done away with using their changing rooms and have instead opted to prepare in their training hall with players being given their own seats with kit and playing shirts.

Positive covid-19 tests have been creeping up in recent weeks

Tests surpass 11,000 as positive results creep up from one to seven in latest round of screeninghttps://t.co/8NQRDeM3hX

In an interview we hear as Worcester back-rower GJ Van Velze describes what it’s like to play without fans in the stands.

‘I’ve always been of the same opinion that you don’t notice the crowd – but now that the crowd is gone you do notice it.‘ he goes on to say, ‘you hear a lot more communication between the players and opposing players as well and ultimately the support of the non-playing squad is massive – the fact that you can hear them more, those familiar faces and voices that you can actually hear.‘

Rugby is finally set to return to South Africa after a series of fixtures were unveiled that includes World Cup-winning Springboks coach Rassie Erasmus going up against his successor Jacques Nienaber in Cape Town on October 3.

Billed as the Springbok Showdown, it is part of the SA Rugby plan to ignite an exciting four-month local season. Springbok assistant coaches Mzwandile Stick and Deon Davids will coach Springbok Green versus Gold teams, with the current director of rugby Erasmus and former defence coach Nienaber acting as the two team commissioners.

The selection process will take the form of a draft pick from an enlarged squad of 60 players, with Green and Gold team bosses taking alternate turns in an old-style ‘schoolyard pick’ to assemble their match-day squads of 25 players each.

The drama will unfold live on SuperSport, with the enlarged squad set to be announced live on Saturday before the crucial draft pick next week.

“This will not only be an opportunity to see the best of the best available in South Africa square off against each other in what promises to be something never seen before, but it will also provide the players with another valuable opportunity to shake off the rust and get the legs and lungs going after not playing any rugby in the last six months,” said Erasmus.

“The players will be encouraged to showcase their skills, individually and in their teams, and while it will be full-on, we’re expecting to see a highly competitive match of quality players against each other. It will be exciting from the moment we select the squads, with a number of twists thrown in for good measure through the build-up to the match and the actual encounter in Cape Town.”