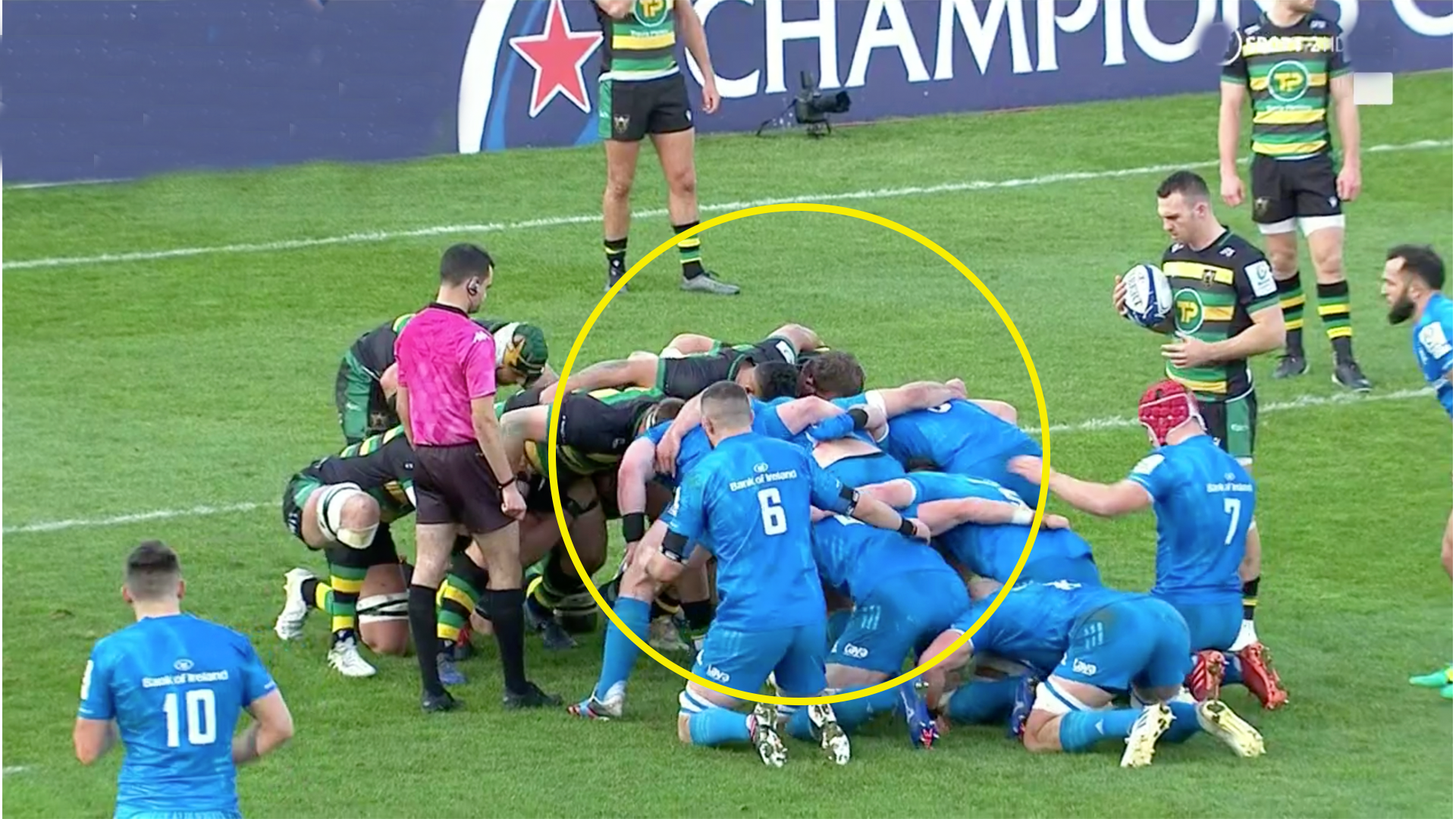 ‘What on Earth are they doing!’ Saints slammed as ‘stupid’ brain fade decision costs crucial try

Northampton Saints travelled to face Leinster today at the RDS Arena in Dublin in their Champions Cup pool clash.

This is a fixture that has become iconic in European rugby history with some classic games being played between the sides down the years including the famous 2011 Heineken Cup final.

One decision in the first half may have cost Northampton Saints the match in this clash and it’s certainly got fans riled up on social media.

Leinster started the match much the stronger – scoring inside just three minutes against a travelling Saints contingent that was said to be made up of younger players.

How to make a perfect start, by @leinsterrugby 🔵

Garry Ringrose back from injury and wasting no time in showing his class! pic.twitter.com/mxpjfit0mC

Leinster pushed on with their promising start in the same vein in the second half with more free-flowing rugby as they continued to cut through the hapless Saints defence with linebreak after linebreak.

Northampton were awarded a scrum 5m out from their own line giving them a good defensive platform to clear their lines and relieve the pressure.

Inexplicably, this happened after they were awarded the penalty at the scrum. Watch in the video below.

Can’t get my head around this decision from Alex Waller here. Inexcusable and could end up costing Northampton the match pic.twitter.com/VzT6EesYbm

We see as Saints are awarded the penalty from the scrum – giving them the perfect opportunity to kick it away and clear it downfield. Instead, their captain Alex Waller opts to go for another scrum, much to the surprise of the commentators and Leinster players.

You can actually see a moment of slight hesitation from the referee, who appears surprised at the baffling decision from the Northampton skipper.

Leinster then win the ball back from the resulting scrum and go on to score in a huge swing of momentum in the match.

Fans on social media were outraged at the brain fade decision from Northampton.

Saints choosing a free kick scrum on their own 5m line was completely bizarre. Then being done by a single pick and go…ouch.

What on Earth was that decision?!

Why on Earth would you go for a scrum on your own 5m?!

Some exit strategy that one…

Ridiculous decision from Saints. Choosing to scrum again after being given a free kick on their own 5m! Needless to say that with refs having no clue about scrummaging, he balanced out the decisions & gave a free kick to Leinster from the resultant scrum… obviously led to 7pts