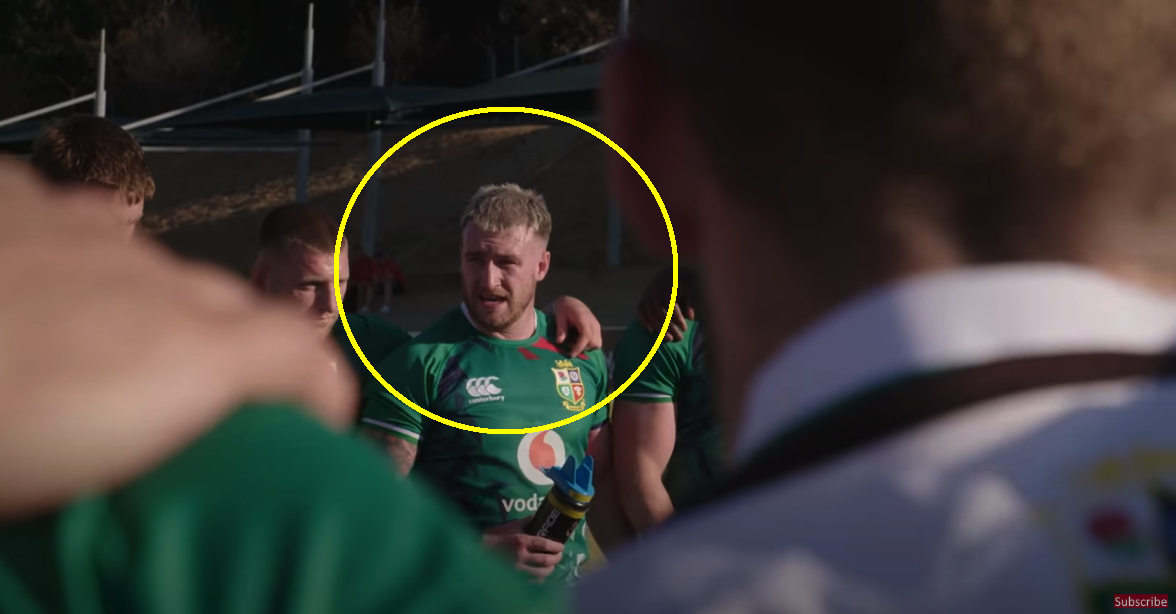 Leading up to the first Test between the British & Irish Lions and the Springboks this Saturday, former Ireland hooker Bernard Jackman has highlighted some areas that the Lions will need to improve on after their loss to South Africa A.

Jackman has picked up on some of the tactics of Rassie Erasmus, who he described as “rugby’s most decorated water carrier,” and explains how the Lions can address their issues.

One area is protecting the back three when catching high bombs, and it only took a matter of seconds to expose this weakness last week. On this particular occasion, the players protecting fullback Liam Williams tried to block Cheslin Kolbe from chasing, leaving a space wide open for second-row Eben Etzebeth to charge through and clobber Williams. The Wales fullback only lasted a few more minutes before leaving the field with a head injury.

The starting fullback for the Test, Stuart Hogg, will be desperate that his teammates learned from that and provide more protection for him and his back three teammates, Anthony Watson and Duhan van der Merwe, at Cape Town Stadium this weekend.

Jackman said: “Rugby’s most decorated water carrier has built this Springboks team on really strong foundations, the building blocks of the Springboks play are a very effective set-piece which is a weapon in terms of being able to win penalties, both scrum, lineout or maul, and a hyper aggressive defence which forces turnovers regularly, and a variety and accuracy in their kicking game which no other team in world rugby can live with.

“There’s some valuable lessons to be learned from the clash against South Africa A last week. Here’s an example of a contestable [kick] from Faf de Klerk. You can see the Lions players looking after what is normally the threat, which is the winger. They get nice and bunched and protect Liam Williams, but look at Eben Etzebeth, look at him pushing through, past Maro Itoje and Ken Owens into that gap. So the Lions need to fix that or else the back three are going to get smashed by big tight five forwards like this and Etzebeth lays down a marker after 15 seconds.”

The Teams are named for Test 1 Saturday and its going to be Physical!!! In association with The Irishman Irish Whiskey from @WalshWhiskey here are some of the @Springboks strengths that the Lions will need to Nullify to Win. #DrinkResponsibly #LionsSA2021 What do you think? pic.twitter.com/8oXcs9oK0l