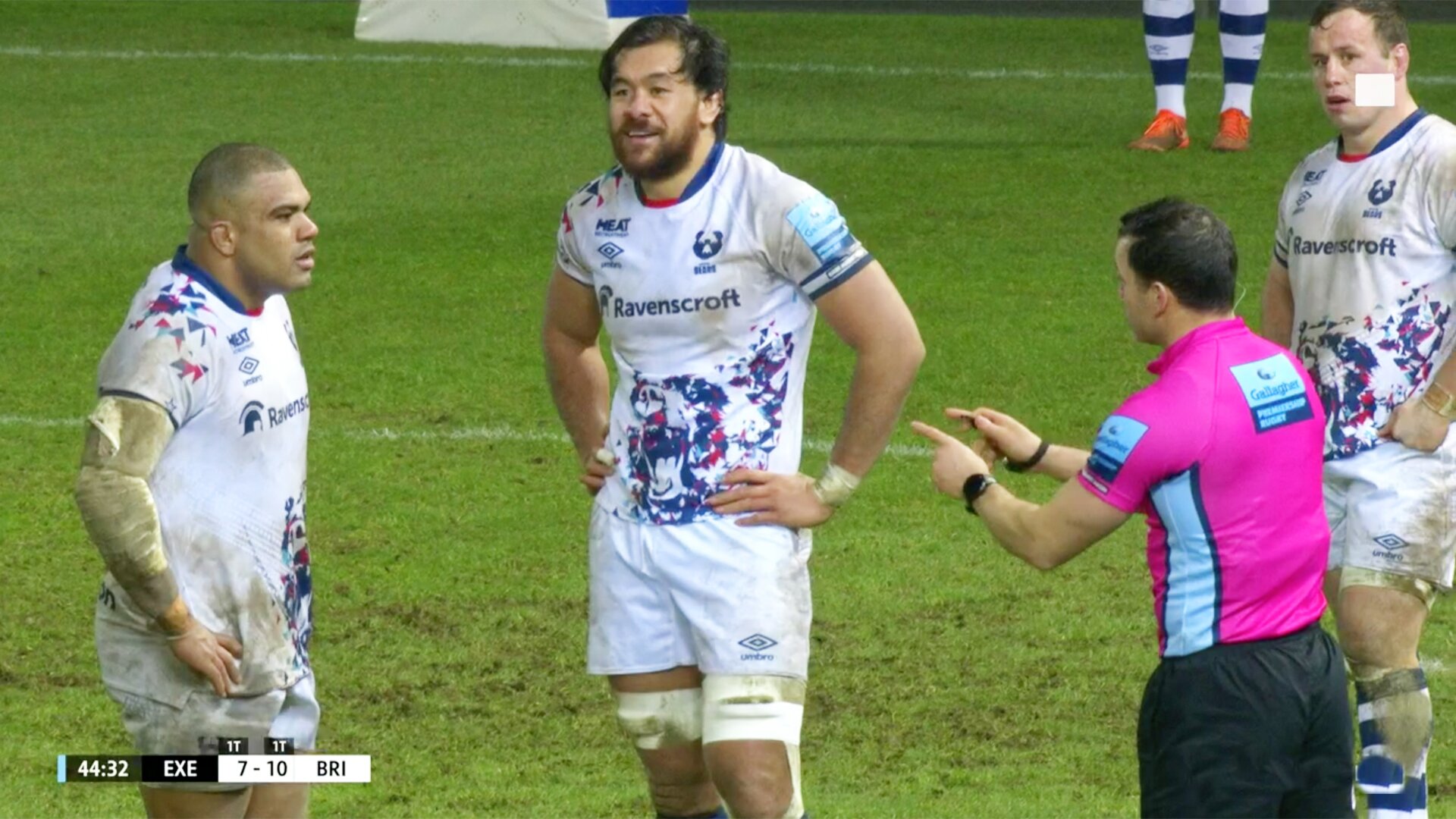 There was a controversial moment in today’s Gallagher Premiership clash between Exeter Chiefs and Bristol Bears involving Kyle Sinckler.

The England prop was involved in a thunderous collision in the second half of the West Country derby but it wasn’t the tackle itself that has drawn headlines.

Fans have taken to social media to slam the Bears prop who lost his cool with the referee in the second half of today’s encounter at Sandy Park.

The moment happened in the second half after Kyle Sinckler took a carry in his own half before being chopped down by an Exeter player.

We see as the England and Lions star is hit low and slams through the tackle in what looks like a no arms tackle.

The referee shouts ‘I think he’s wrapped’, much to the dismay of Sinckler on the floor who unloads a foul-mouthed verbal tirade to the official.

We see as the play is stopped and the incident goes to be reviewed but not before the ref can pull aside the England star to reprimand him for his foul-mouthed outburst.

The reaction on social media to Sicklers complaint was swift and damning.

To be honest, this is unacceptable:
Kyle Sinckler to referee Karl Dickson, “are you f*cking serious”
You have to be at minimum binned for that.

How does Kyle Sinckler swear at the referee and get away with it. Hardly in keeping with so called core values.

Very disappointed in Kyle Sinckler’s reaction to ref. Not condoning the swearing , but walking away from ref and shaking head shows complete lack of respect, not listening. Quite petulant.

What did you think about this incident? Was Sinckler right to react in this way or did he overstep the mark?