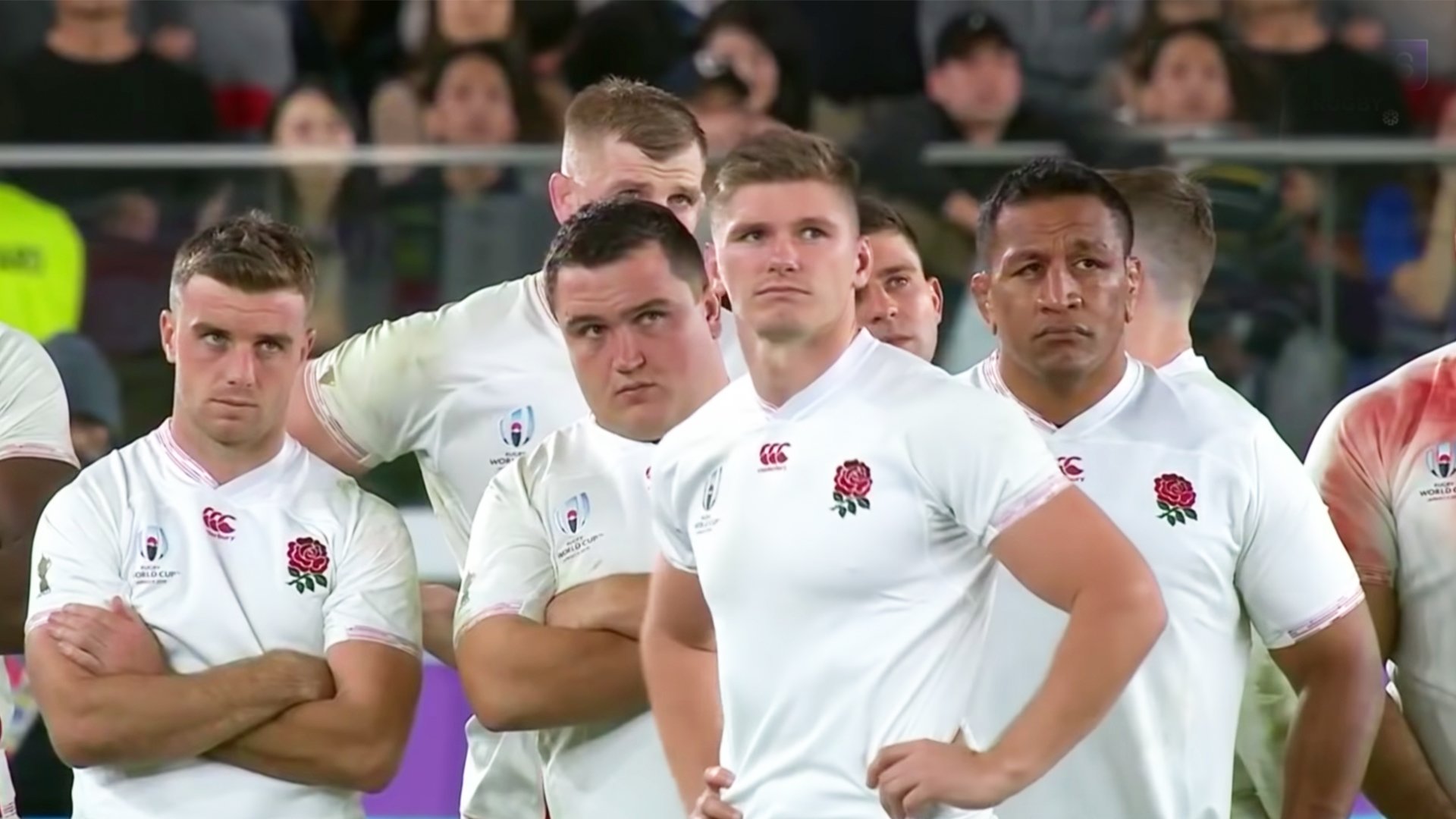 What’s the most painful England defeat?

English rugby has endured many highs and lows over the years. In this current England regime the national side has endured great success but not without some painful defeats.

We at Rugby Onslaught have sought to rank Englands six most painful defeats over the years.

This recent World Cup final loss is still fresh in the mind of England fans.

The men in white went into the match as favourites but were ground down by a resolute Springbok team that pulled away from England in the second half.

Cheslin Kolbe’s match sealing try in the closing stages has been shared relentlessly around the internet as a painful daily reminder to England fans of their shortcomings in Japan last year.

In 2002 the men in green overcame England at Lansdowne Road and more recently in 2017 Joe Schmidt’s side once again spoiled the party with a 13-9 victory at the Aviva whilst simultaneously ending England’s record win streak.

However, in 2011, the Irish inflicted another shock defeat to the men in white as they strived for a Grand Slam win.

This victory was painful for England, purely for the manner in which Ireland swept aside Martin Johnson’s men.

Jonny Sexton and Co took apart their fierce rivals in a ruthless display at the Aviva.

England found themselves in their first-ever Webb Ellis Cup final in only the second instalment of the competition.

Will Carling’s men were up against Australia in the match held at Twickenham as England hosted the competition.

England went on to lose this match but not without some painful controversy.

Late in the second half with the scores in the balance the home side had a dangerous opportunity to attack wide and score.

England moved it through the hands with a massive overlap on the left-hand side and looked bound to score before Wallaby winger David Campese slapped it down in mid-flight, stopping what looked like a certain score.

The referee saw fit only to award a penalty and the Australians went on to secure their first Webb Ellis cup win in England’s back yard.

Brian Ashton’s England had a rollercoaster World Cup in 2007.

Their World Cup defence looked to be over before it started with a humiliating 36-0 defeat to the Springboks in the group stages only for the team to pull together and drag themselves through each round – thanks to some seasoned veterans such as Jonny Wilkinson and Jason Robinson.

The men in white eventually reached the final at the Stade de France but were unable to break down a resolute South African side.

They thought they had scored a match-turning try through Mark Cueto early in the second half but the TMO showed his foot to graze the sideline on the way to scoring in the corner.

This controversial turning point made Englands defeat all the more painful.

England went into the Six Nations decider in Wales needing a win to clinch the Grand Slam.

Wales needed to win by seven points to snatch the Six Nations title away from England. The men in red led by only 6 points at half time.

The second half, however, was a demolition job from Wales as they took apart a stunned Stuart Lancaster side at the Millenium Stadium.

Wales’s final try was the icing on the cake, started off by talismanic captain Sam Warburton and finished off in the corner beautifully by winger Alex Cuthbert.

This was a dark day for English rugby.

This England loss effectively dumped them out of their own World Cup in the pool stages of the 2015 tournament.

Both sides had landed in the ‘Pool of Death’ with Australia.

England had gone into the tournament with high hopes with many expecting them to make it to the final stages.

The manner in which Stuart Lancaster’s men lost to an injury-ravaged Welsh side was agonising.

The tournament hosts led for much of the contest until a Justin Tipuric substitution swung the match in the visitor’s favour resulting in one the most humiliating defeats in English rugby history.

This is a game that will forever be etched into the minds of England fans.

The Welsh will make sure of that!

What for you was England’s most painful rugby defeat?