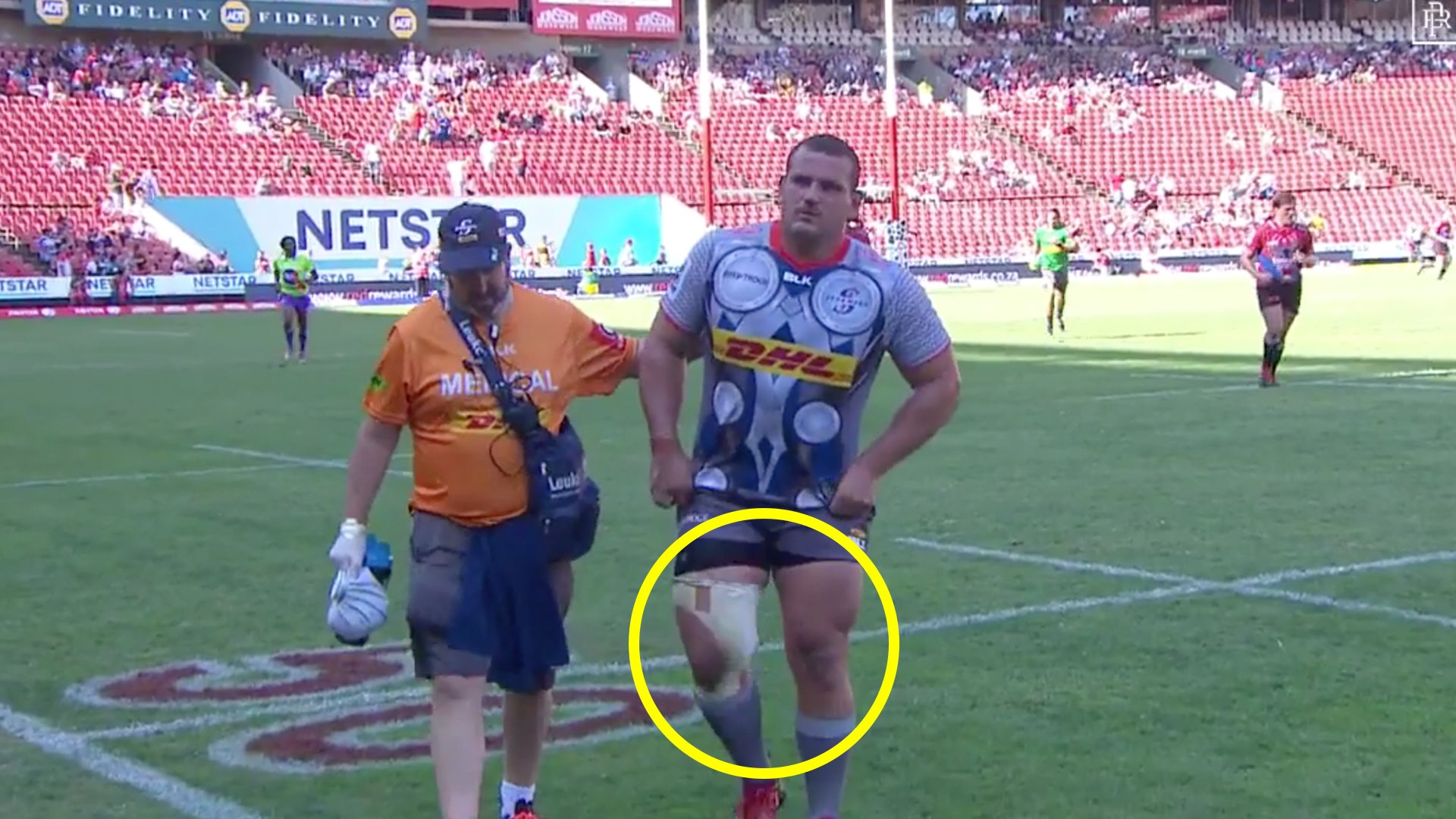 We really couldn’t quite believe this when we stumbled across this online today. A player getting side-stepped so badly that his ankles seem to break!

We were aimlessly scrolling through the Tube today when this video popped up of Lions flyhalf Elton Jantjies stepping a prop in Super Rugby match.

The step was so lethal that the prop had to go off the pitch injured for a short period.

You have probably heard of side steps that are ankle breakers in the past, but probably nothing at this level before.

This was a seriously good step and it could have very well injured a back as well.

A last-gasp try by centre Ruhan Nel helped the Stormers edge the Lions 33-30 in a thrilling encounter at Ellis Park on Saturday.

The result means the Stormers are still unbeaten in this year’s competition with three wins from three matches.

It was a dramatic finish to the game. After the full-time hooter sounded and with Lions leading 30-26, the Stormers launched one final attack from halfway and after several phases, it was Nel who ran in for the winning score.

It was the Stormers’ first win in Johannesburg since 2015

The Stormers nearly opened the scoring in the second minute when Seabelo Senatla kicked and gathered a loose ball before being tackled a few metres from the Lions’ tryline.

Instead, it was the Lions who got the first points of the game in the eighth minute with Elton Jantjies converting a penalty into three points.

However, the Stormers found themselves on the board and in front in the 12th minute when No.8 Juarno Augustus stretched the ball over the tryline after sustained pressure inside the Lions’ 22.

Damian Willemse was successful with the conversion for a four-point lead. Side-stepped or not this was unreal.

The Stormers went further in front in the 20th minute after scrumhalf intercepted a pass near halfway before sprinting downfield for the try.