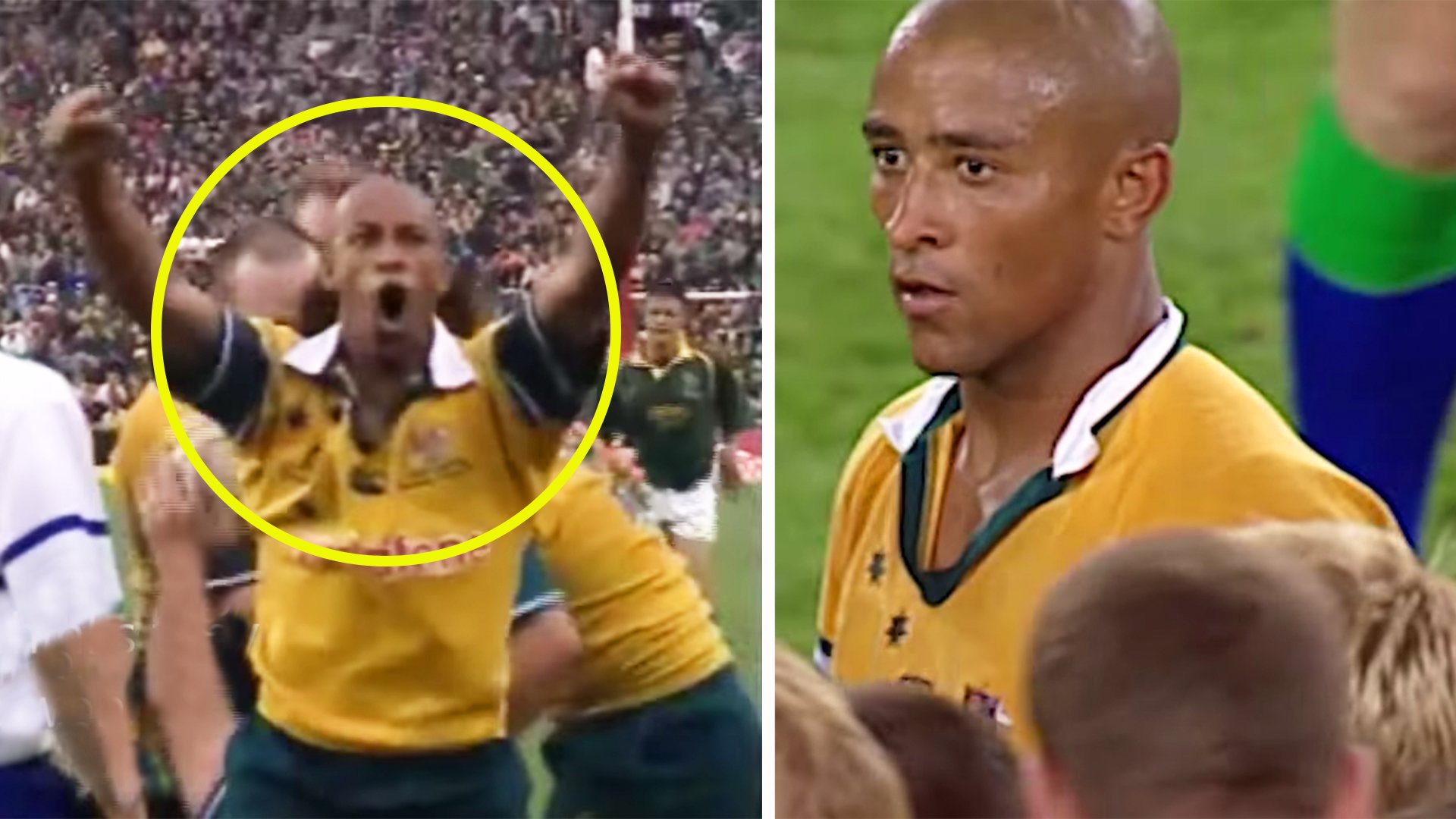 Celebrating early is not something often seen in the game of rugby.

Wallaby skipper and Australian scrum-half George Gregan broke the mould, however, back in 2002 during his sides Tri-Nations match with South Africa.

The match was on a knife-edge with the scores locked at 26-26.

Mercurial flanker George Smith makes a fantastic linebreak on halfway to burst through into acres of space.

He does brilliantly to race his way to the Springbok 5m line before offloading inside to a supporting player to take Australia into the lead.

We then see Gregan at his sledgy sledge best as he screams at the crowd with his arms upraised in a provocative manner.

This must have brought cold fury to Springbok fans watching at home.

Gregan’s high-pitched squealing was short-lived, however…

All Blacks lock Brodie Retallick has revealed why he turned down a return to the Chiefs for next month’s Super Rugby Aotearoa competition. Retallick was among the many New Zealand players who returned home from Japan when the Top League season was cancelled due to Covid-19.

The 28-year-old is contracted with New Zealand Rugby until 2023 but took a two-year sabbatical to play for the Kobelco Steelers in Japan in 2020 and 2021. Retallick’s situation is similar to other top returning players such as Ben Smith, Waisake Naholo and Ryan Crotty, all of whom are under contract overseas and would require New Zealand Super Rugby sides to cover insurance costs to enable them to suit up for the Aotearoa campaign.

However, the Chiefs still did reach out to Retallick about potentially re-joining the franchise, but he instead opted for an extended break. “The Chiefs did approach me, but one of the reasons I wanted to stay (playing) in Japan and do these couple of seasons was just to have a break – a bit of time with the family with a long offseason, and give the body a bit of a break,”.

Retallick poked fun at Chiefs coach Warren Gatland for suggesting he was spending his break on a Hawke’s Bay farm, like his international locking partner Sam Whitelock, who stayed on his family’s farm in the region before re-joining the Crusaders.

“Warren Gatland chucked it out there that I wasn’t going to play Super Rugby and that I was spending some time on my Hawke’s Bay farm, but I can clarify that – I own a property in Hawke’s Bay, where we are at the moment, but it’s only about 1,500 square metres, so it’s no farm, that’s for sure,” laughed Retallick.