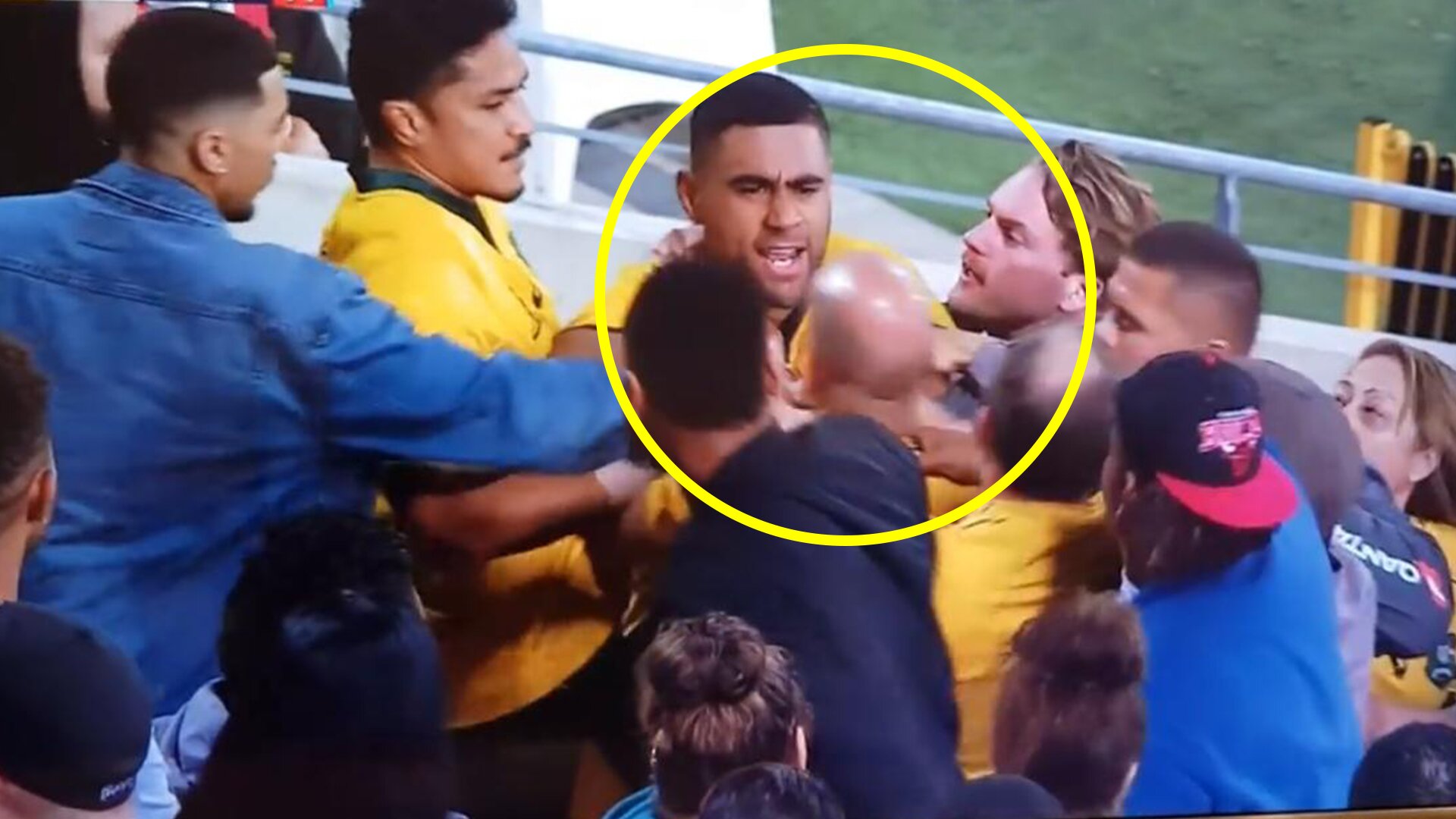 Back in 2018, things were very very bad for Australia. At possibly their lowest ebb in years after reaching the final of the Rugby World Cup in 2015.

This description comes from a report in Stuff.

A man, wearing a Wallabies jersey, started hurling abuse out of nowhere at the 21-year-old. Maddocks knew to ignore the abuse from the fan, however another Australian player would not take it.

The fan shouted horrendous abuse at the players. “You’re all f….ing useless,” he yelled. “F….ing disgraceful. Why don’t you play with some heart? You should all be f…ing ashamed.”

For a fan to display this kind of anger goes to show just how much the Wallabies’ form hurts some of those who love the game.

As this was unfolding, Fox Sports commentator Rod Kafer was interviewing Reece Hodge nearby. The pair could hear the man shouting and carrying on behind them. It was quite distracting and causing a scene. Maddocks didn’t know what to do, so decided to walk off.

An Australian player, Luktan Tui, however did not take it so well and a brawl broke out between the players in the stands.

The fight was captured on live TV to the shock of the rugby pundits above.

The former Wallaby was recently recovering from a loss in his family and it is said that this confrontation triggered him to leave the team.

In October, Salakaia-Loto posted an emotional message on social media to explain why he was prioritising his family’s welfare and withdrawing from Spring Tour consideration.

“I’ve always been & forever will be #FamilyOverEveything, hence the choices I’ve made,” Salakaia-Loto wrote.

“Stepping away from the game of rugby for the remainder of the year is a decision that is for my siblings and for my Mum. Rugby will always be there & at the end of the day it is only just a game.