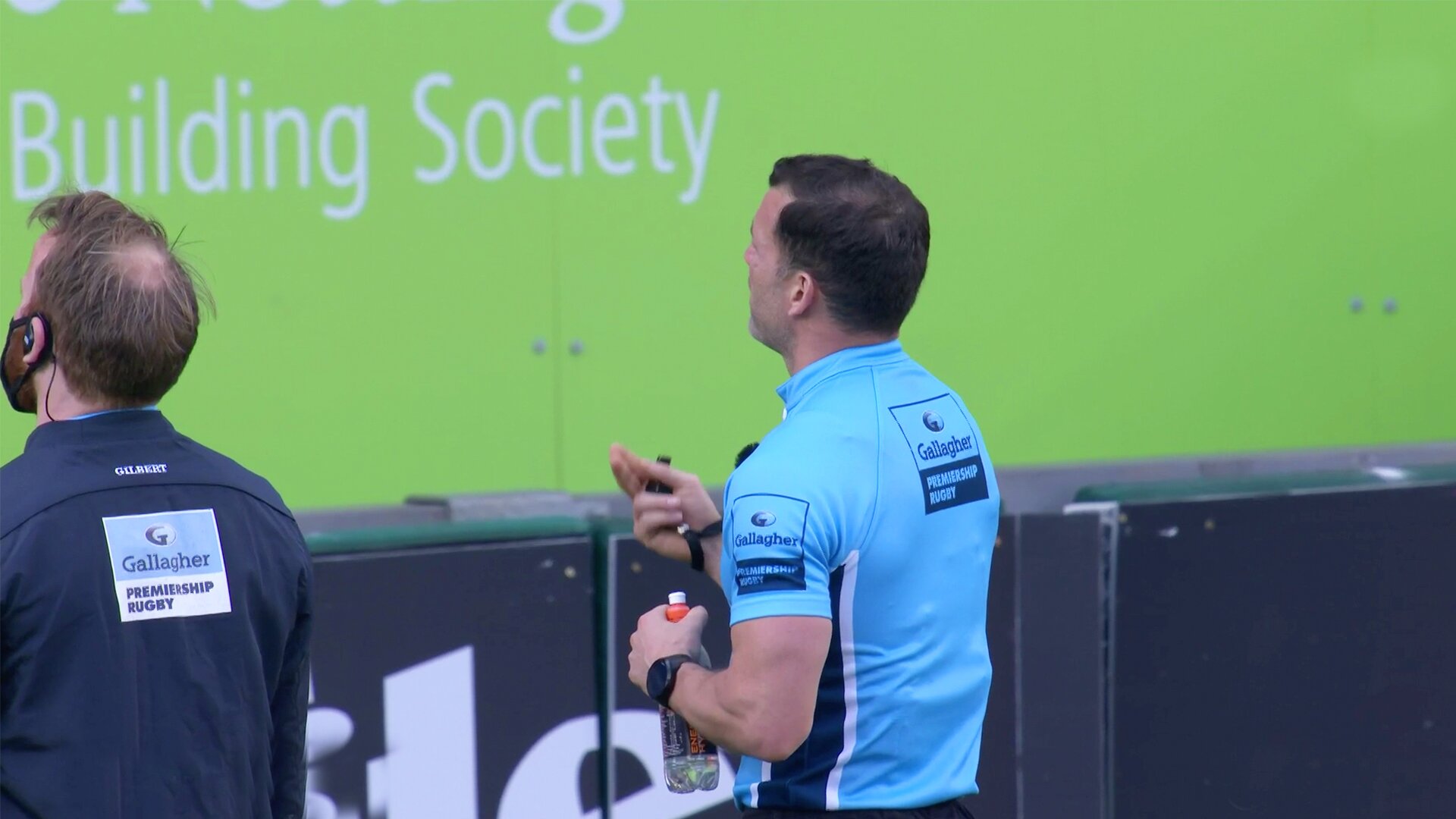 Why is this image from today’s Gallagher Premiership taking the internet by storm?

It was a lively day in the Gallagher Premiership with a number of high-scoring games taking place on a sunny Saturday in England.

There was one moment from the Leicester Tigers from Northampton Saints clash that caught everyone’s eye.

The moment occurs in the 32nd minute of play in the game at the old Welford Road.

We see as the match referees are coming together to consult the TMO on a foul play decision.

The eagled-eyed Jim Hamilton was quick to spot a hilarious moment involving the match officials that most of us missed!

watch the clip in the video below

I feel your pain brother. pic.twitter.com/QmaXO1GTYv