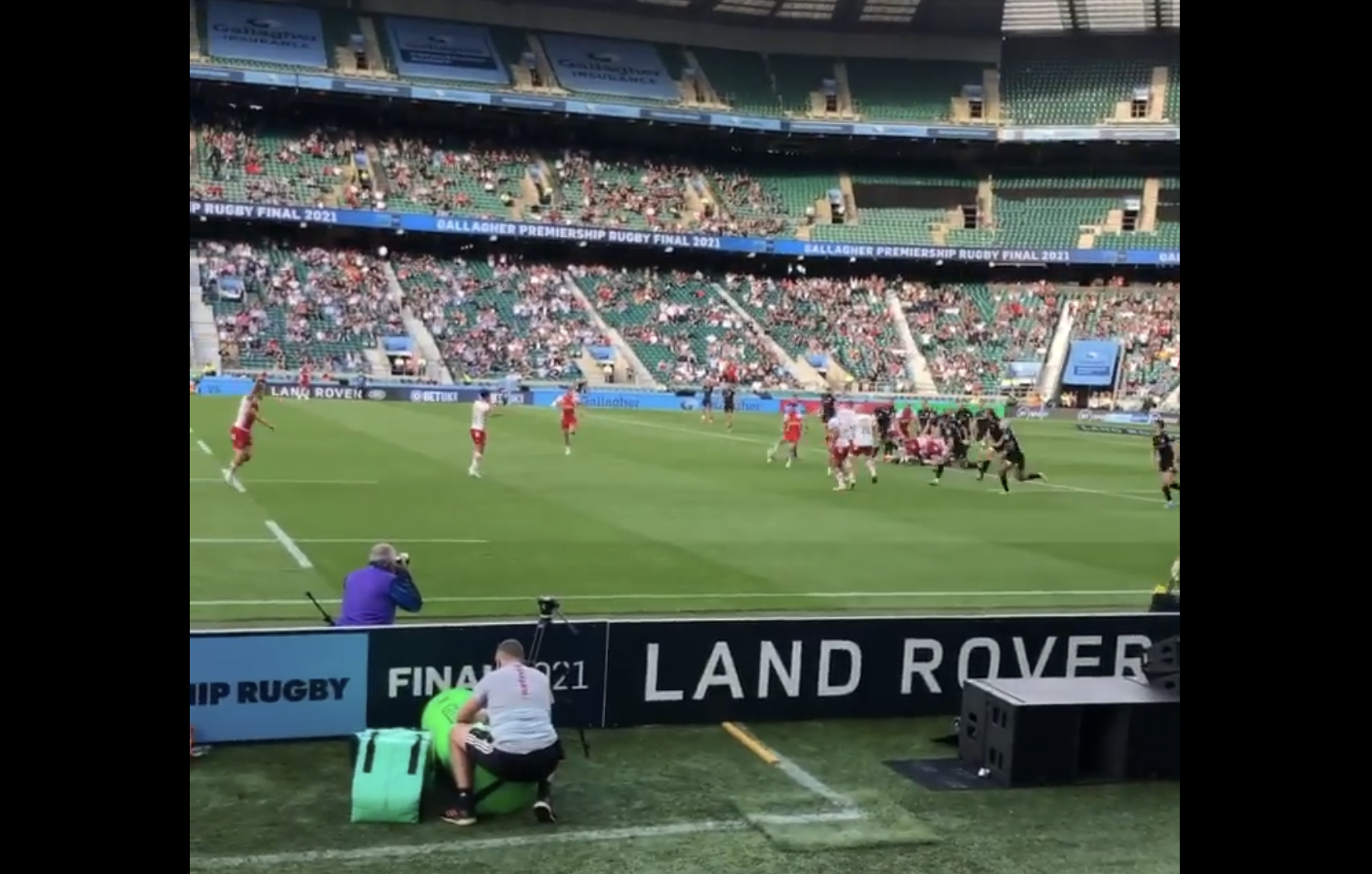 Harlequins were crowned Gallagher Premiership champions on Saturday after one of the best finals in the league’s history. Following the heroics of the semi-final victory over Bristol Bears, where Quins overcame a 28-0 deficit, they produced another spellbinding performance to beat the reigning champions Exeter Chiefs 40-38.

Quins were trailing going into the final quarter, but two late tries by Louis Lynagh helped secure his side’s first title since 2012. This was quite a turnaround for the London club after parting ways with Paul Gustard in early 2021, which made the victory all the more remarkable.

Fortunately, Elia Elia recorded the Quins’ players’ reaction the moment Danny Care kicked the ball into touch to signal the end of the match. The hooker was not in the matchday squad, but gave his followers on social media a glimpse of what it was like to be on the winning side as his teammates all flooded the pitch.