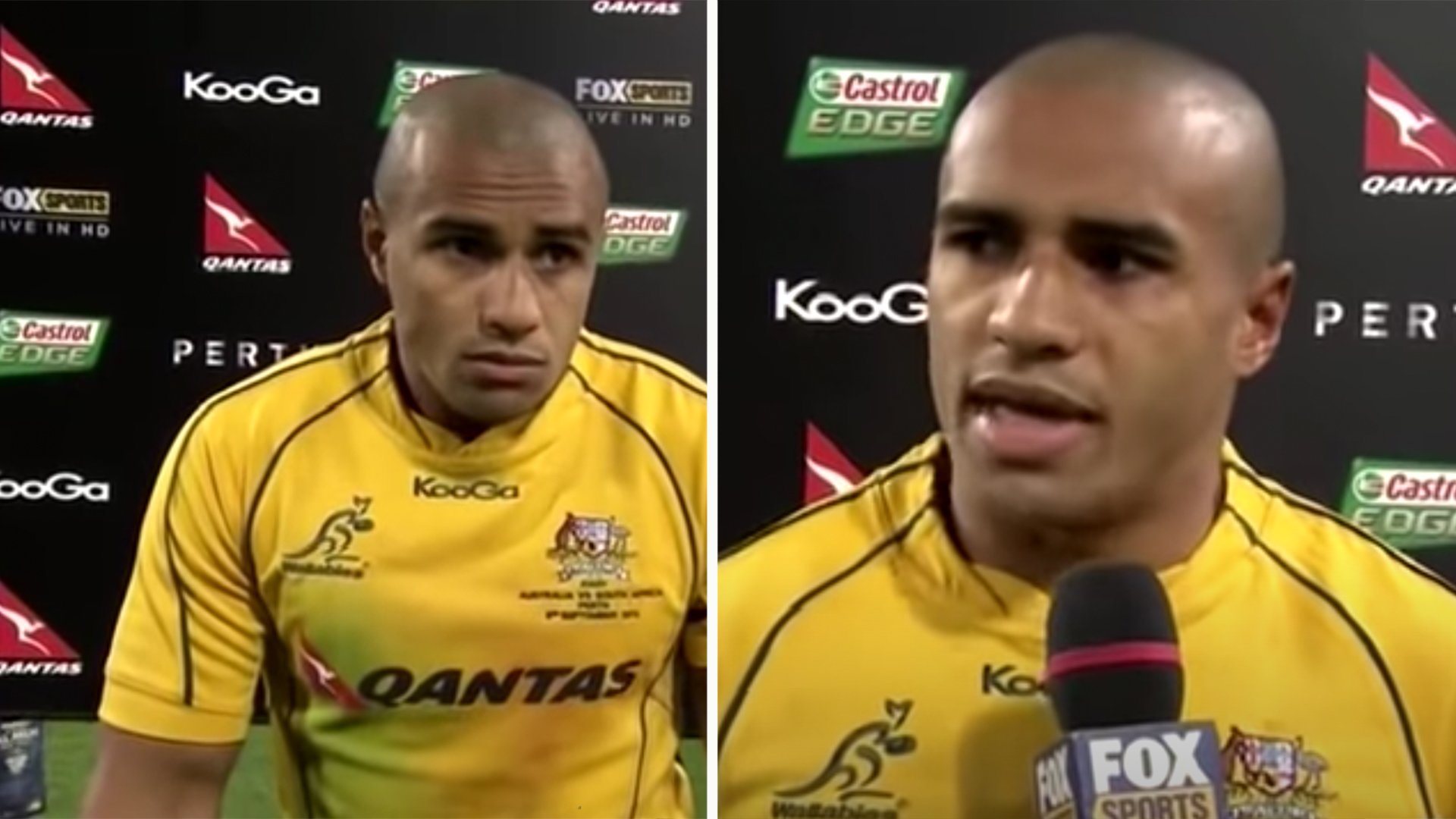 This ranks as one of the most awkward post-match interviews we’ve seen.

Back in 2012 Will Genia had just taken on the captains armband for the Wallabies replacing the injured David Pocock.

The scrum-half fell victim to ‘the captain’s curse’ that had been injuring successive Australian skippers in the months leading up to this Rugby Championship match.

Genia ruptured the cruciate ligament in his knee during the game and was forced to withdraw from his sides 26-19 victory against the Springboks.

He was visibly irate as he entered the post-match interview on crutches with an ice bag strapped around his knee.

Genia was out of action for 6 months after the incident but was back in action in time for the 2013 Lions series where the half-back gave a series of dazzling performances.

The Wallaby skipper, capped 110 times by his country, set up a famous try for disgraced full-back Israel Folau in the first test defeat to the British and Irish touring side.

Genia recently retired after the 2019 Rugby World Cup. He said his decision to retire boiled down to wanting to travel less and to spend more time with his four-year-old daughter.

New Zealand Rugby set to lay off 50 percent of staff

As the economic pinch of coronavirus continues to make itself felt, New Zealand Rugby is reportedly set to let go of 50 percent of their 180 full-time staff.

The news comes a week after NZR posted a $7.4m revenue deficit for last year, with the pandemic forcing the governing body to stare down the barrel of a $120m loss in 2020.

Staff had already had 20 percent of their pay slashed in a bid to save costs as a result of the postponement of rugby worldwide.