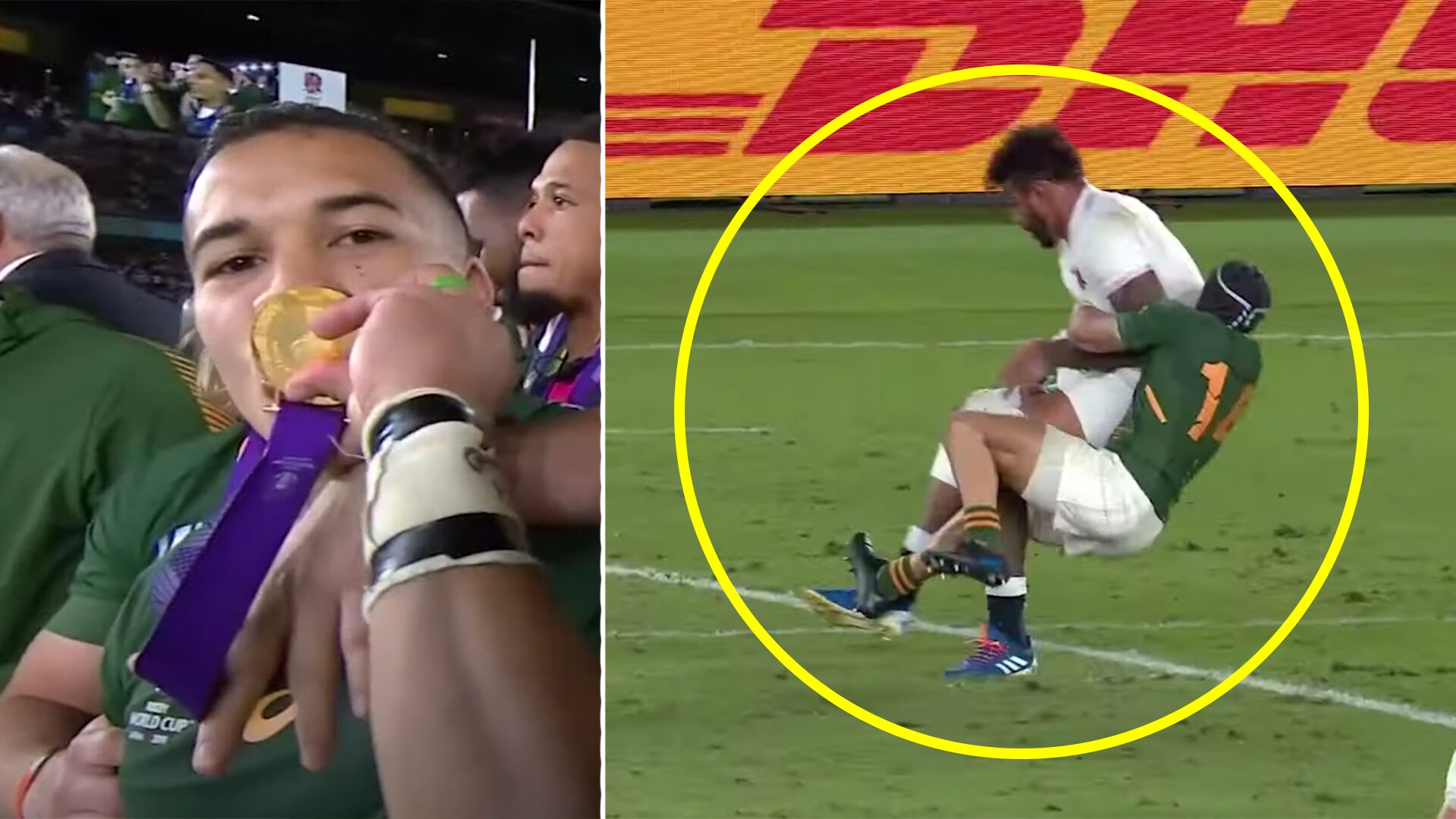 Cheslin Kolbe is without a doubt the hottest thing in rugby at the moment. World Rugby have just shown us that South Africa would NOT have won the World Cup without Kolbe.

The leaders in global rugby posted a sensational video on their YouTube account today highlighting just how good the flyer was for the Springboks during the tournament.

What surprised us wasn’t the quick feet and steps that he made, but his incredible defence, which was the difference between teams scoring a lot of tries in the tournament that they went on to win.

Much was made during the tournament of his incredible footwork and slight feet.

#RWCFinal
No one:
No one at all:

My goat Cheslin Kolbe made sure the fade was in for when he collects his medal, a coloured icon 🥵🥵🥵

The video that World Rugby released highlighted the incredible work that Cheslin Kolbe put in off the ball to help his team be as effective as possible during the tournament.

It may have been 10 months since the final of the tournament, but people are still finding new things that Kolbe did to help South Africa.

The video below highlights some of the unseen work that Kolbe did to help South Africa. Brilliant watch.

South Africa will either play in the Rugby Championship in New Zealand later this year or embark on a tour to Europe, but officials say they won’t have space on the calendar for both.

The Springboks have not been in action since lifting the World Cup in Japan last year, beating England in the November final in Yokohama. They now face an uncertain schedule in the remainder of 2020 as travel restrictions due to the Covid-19 pandemic limit their ability to tackle multiple tours.