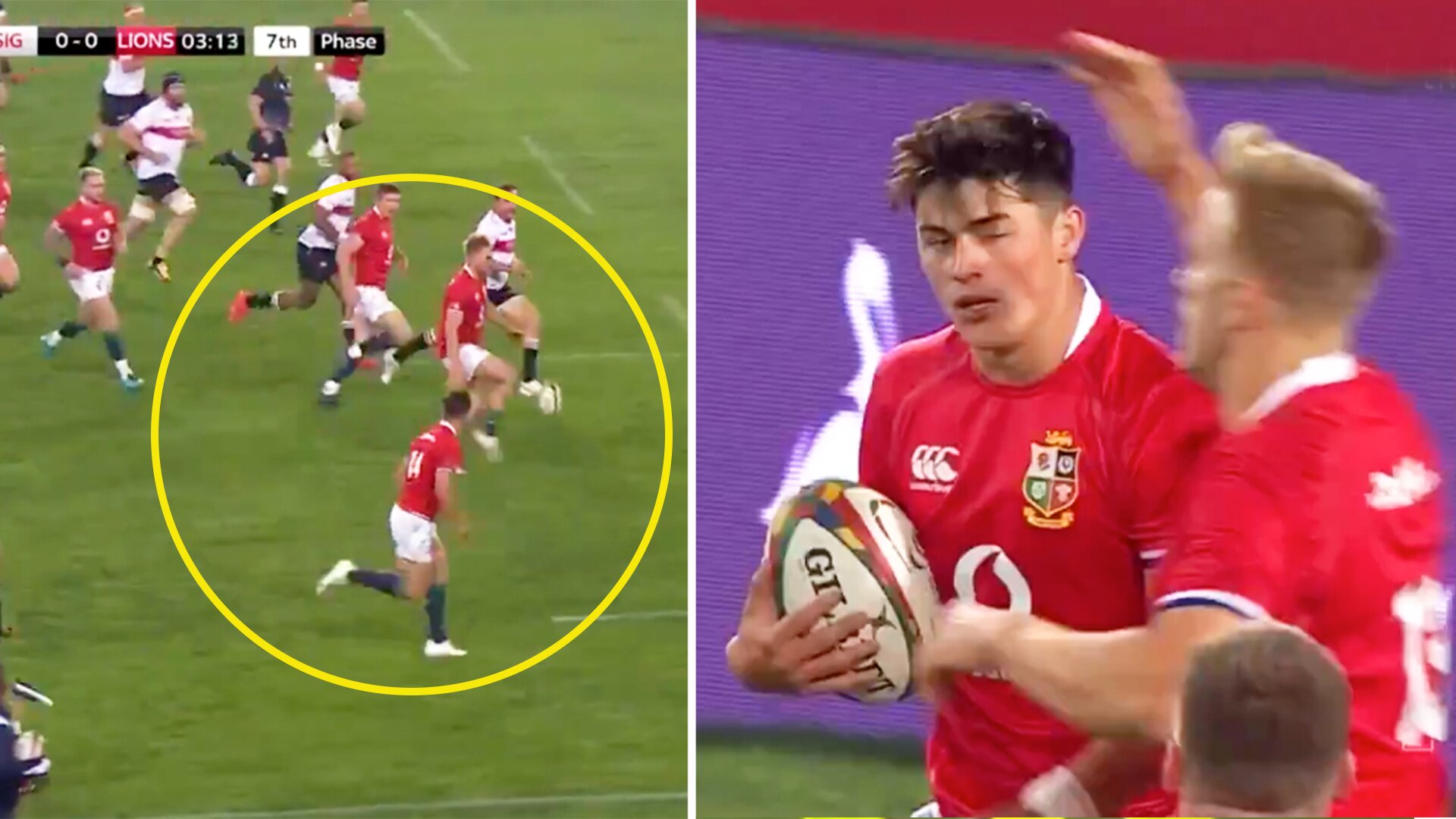 The Boks will be having sleepless nights over the next three weeks after witnessing Louis Rees-Zammit in the first half of today’s Lions tour opener against the Emirates Lions.

It took just 6 minutes for the touring party to score two tries against the lowly South African team.

It’s understood that odds for a Lions 3-0 whitewash have slashed based on this first-half performance from the Lions.

Louis Rees-Zammit took just three minutes to open his account for the Lions.

The 20-year-old pounced on the end of a deft Ali Price chip to run it in under the sticks.

watch the sensational Louis Rees-Zammit try in the video below

A lovely chip over the top of the defence from Price and Louis Rees-Zammit chases the kick to grab the ball and score a try to get the British & Irish Lions off to good start! 🦁

There’s been a lot of chatter in recent weeks about who the best winger in the world really is – based on this. It’s a pretty obvious answer…