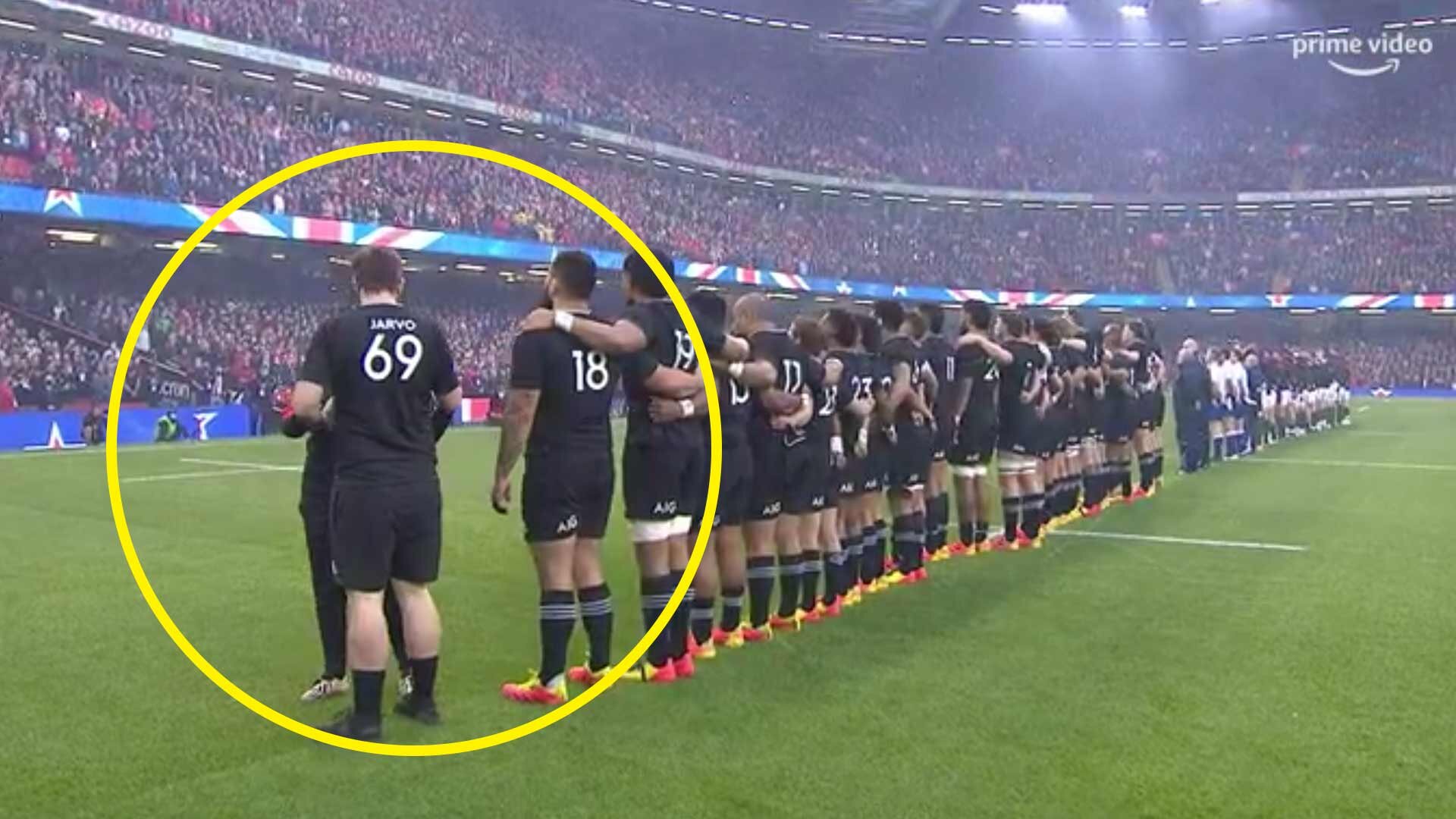 There have been major worries about the security at the Principality stadium after a prankster called Jarvo69 managed to get dangerously close to the side.

Fans noticed that someone was standing next to the All Blacks side directly before the anthem kicked off.

How the hell does Jarvo happen in this day and age. Not funny.

Hahaha Jarvo at the @WelshRugbyUnion Vs @AllBlacks game during the New Zealand national anthem! 😂

It does beg to question the security at the stadium, surely if a fan had bad intentions they would be able to get way too close.