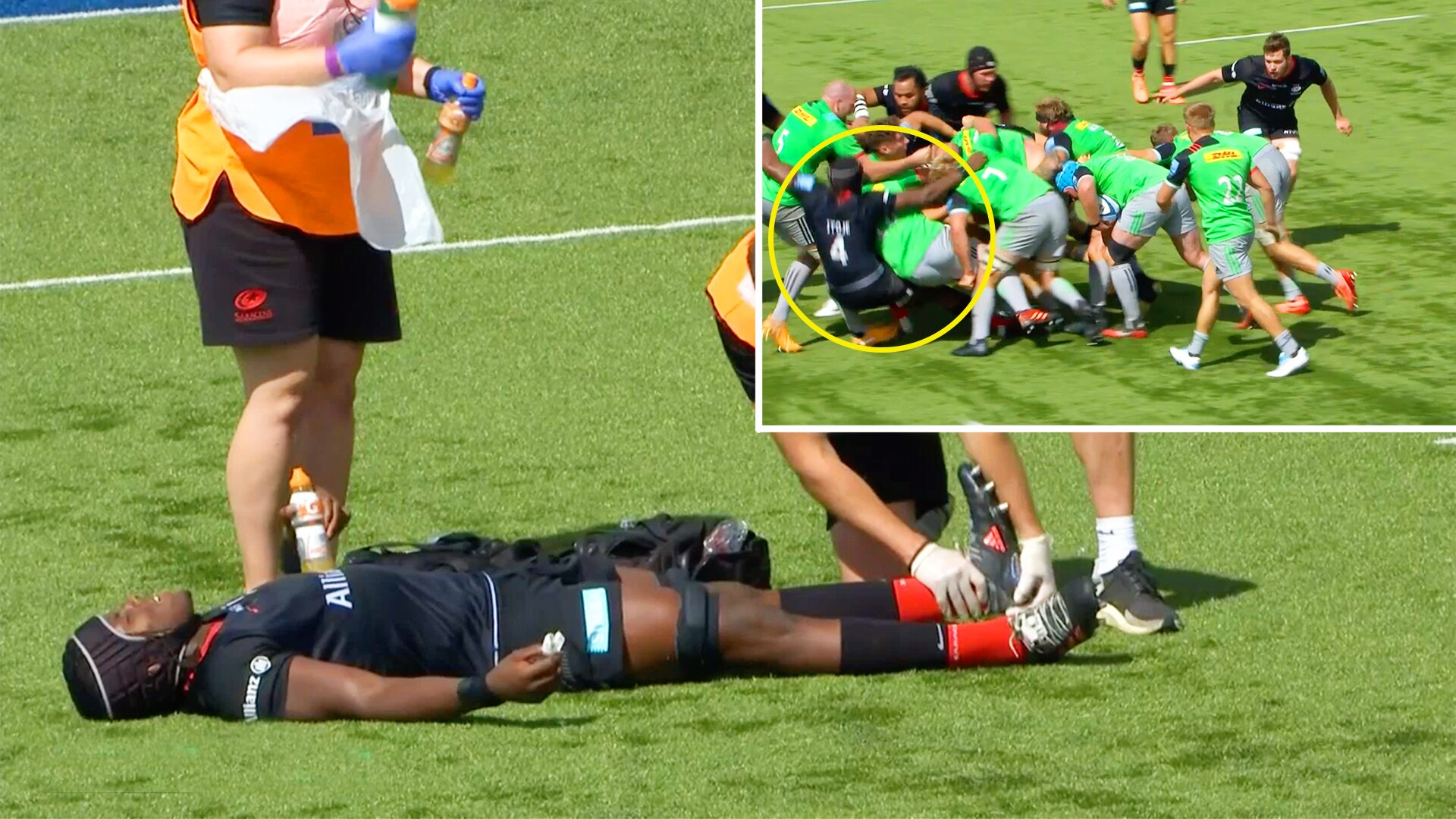 Saracens may be relegated but they sure as hell aren’t going down without a fight after a clinical display against their London rivals this afternoon.

The reigning champions were back to their best today with several of their big names stars putting in strong performances to earn a bonus point victory over their counterparts.

Owen Farrell made his 200th appearance for Saracens – putting in a sterling showing with the boot.

Sean Maitland opened the scoring after a neat piece of handling from Billy Vunipola to put his winger through in the corner.

📸 | Sean Maitland goes over for the first try of the game pic.twitter.com/ReVIxIEv1J

Saracens extended their lead through the boot of England fly-half, Owen Farrell, and the result was starting to get away from Quins after Maro Itoje barrelled over for a score from close range.

There were worrying scenes for England and Lions fans as the second-rower went down injured late on in the game after getting himself pinned under a collapsed maul.

watch as Itoje goes down injured late on in the encounter

These were worrying scenes for England and Lions fans!

There was a sigh of relief around the stadium as the man tipped be Lions skipper gingerly got to his feet before the scrum reset and was able to play on without any lasting injury.

Despite a Harlequins fight back, they couldn’t match up with the class of their opposition as Saracens ran in as 38-24 victors to take the bonus-point win.

Elsewhere in the Premiership on Saturday, London Irish took on Northampton Saints at the Madejski Stadium.

After a forgettable first half, the visitors took control after this acrobatic finish from Ahsee Tuala

Us: That’s as good a finish as you’re likely to see from Tom Collins.@a_tuala23: Hold my beer…

In the late afternoon kick-off, Bath made their way to Welford Road to face off against a weakened Tigers side.

They put on a clinical first-half display to earn a commanding lead against the Premiership strugglers.

Bath winger, Ruaridh McConnochie, helped his cause to play for England as he cut clean through to score this try – watched by England coach Eddie Jones.

Look at that finish from Ruaridh McConnochie!

With Eddie Jones smiling on from the stands, the @bathrugby winger shows what he’s all about 💥

Brilliant strength to swat defenders away and reach the try line!#RugbyRestart pic.twitter.com/RDeSFrx4c8