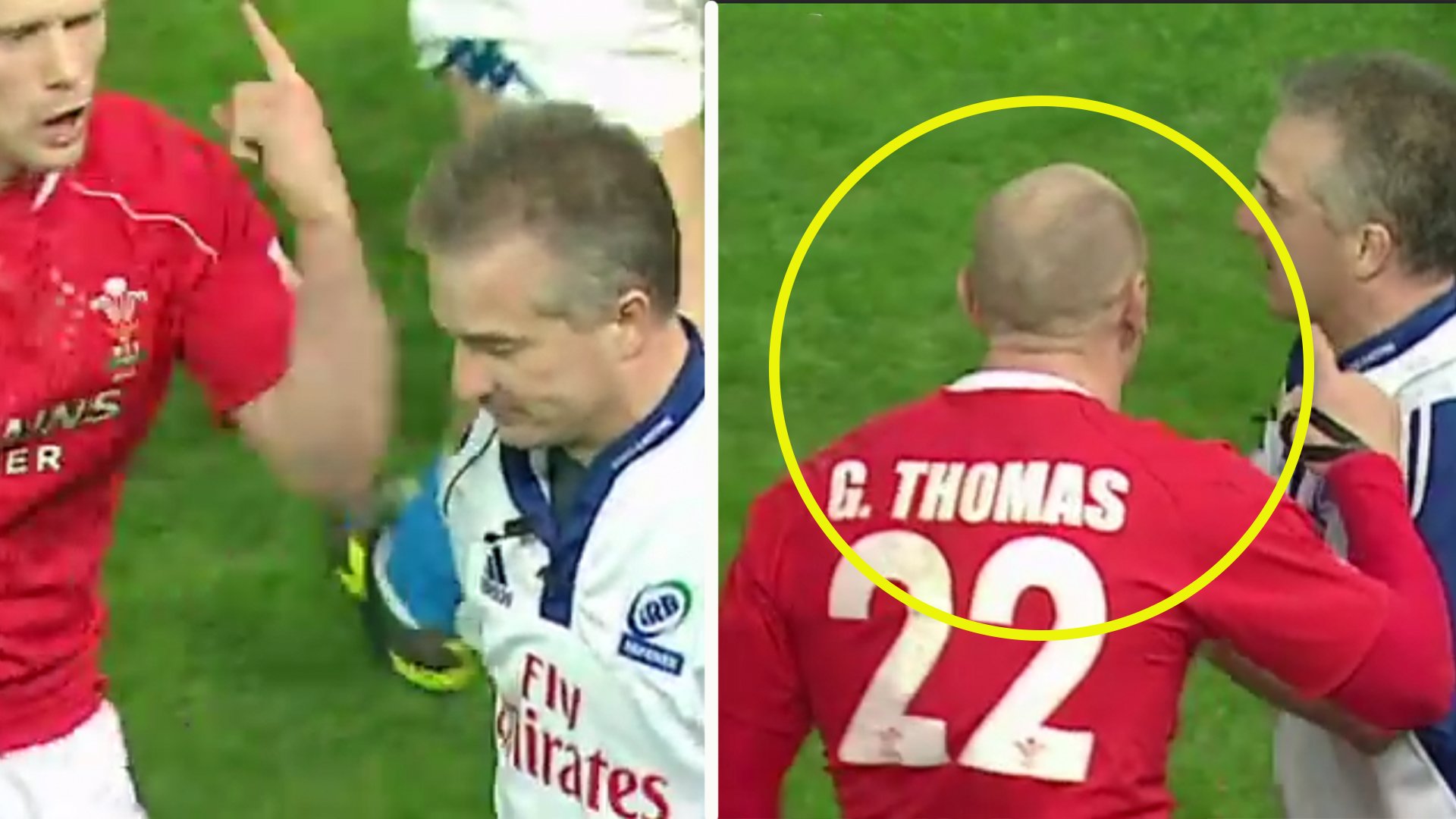 The worst moment of refereeing in Six Nations history

This moment surely goes down as the worst refereeing moment in Six Nations history.

Craig Joubert at the 2015 World Cup and Romain Poite in the 2017 Lions Series spring to mind.

These refereeing blunders pale in comparison to what we witnessed back in the 2007 Six Nations.

English referee Chris White was the man with the whistle for Italy vs Wales in what was a ferociously fought contest.

The match, held in Rome, had gone right down to the wire with Italian rugby-legend Mauro Bergamasco snatching a 77th-minute try in the corner to give his side a 23-20 lead with only moments left on the clock.

Wales had to go for broke to avoid an embarrassing defeat against the home side who had only ever beaten the Welsh once in the tournament’s history.

Wales threw everything they had at the brave Italians and managed to get themselves deep into the opposition half before winning a penalty at the ruck easily within kicking range for the draw.

Fly-half James hook immediately got hold of the ball and wanted to kick for the corner to give his side a lineout and a fantastic scoring opportunity to snatch a later winner.

What follows can only be described as chaos and confusion as referee Chris White battles with his assistant referee’s to establish how much time is left on the clock.

This video features some famous faces including a youthful Sergio Parisse and Alun Wyn Jones.

We also see Wales legend, Gareth Thomas, in this clip understandably furious at the English referee and can we blame him?

This moment surely goes down as the worst bit of refereeing we’ve seen in Six Nations history.

In the aftermath of the incident, White issued an apology for the confusion, saying: “I have apologised to the Wales coaching and playing staff for the misunderstanding. I would like to thank them for the good grace with which my apology was accepted.”