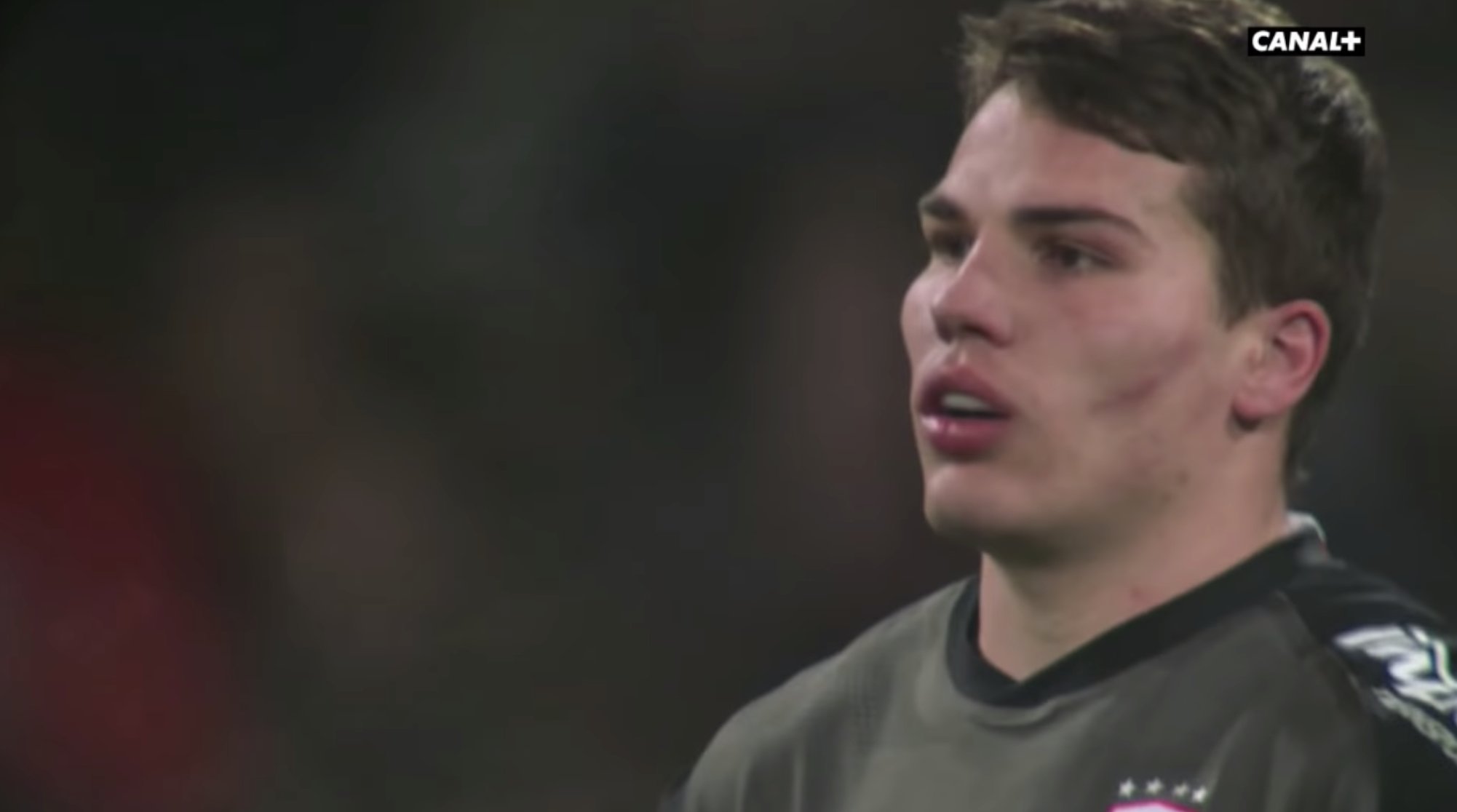 France’s Antoine Dupont has been regarded as one of the very best players in the world for quite some time now, that is not news to anyone.

The control that the scrum-half has on every game he plays is almost incomparable, as he is a constant threat with ball in hand and is frequently scoring tries. But like all players, he has areas of weakness.

Traditionally, the part of the Toulouse man’s game that has been deemed his weakest part has been his kicking. Not glaringly weak, but maybe not to the standard of someone like Faf de Klerk. However, he did a great job at dispelling that reputation at the weekend.

The 24-year-old produced perhaps the best 50:22 since the law variation was introduced, kicking the ball from his 40 metre line to Lyon’s five-metre line. Even before the days of 50:22s, this would have been an exquisite kick, made all the more special by the fact that this was not to the near corner either.

Though the reigning European Rugby player of the year has a tendency to win a lot of rugby matches, he was actually on the losing side against Lyon at the Stade de Gerland on Sunday, falling 25-19. That was actually the Heineken Champions Cup and Top 14 winners’ first loss of the season after seven games, although they still remain at the top of the league but that lead ahead of Bordeaux Begles has been reduced to three points.

Toulouse will have to make-do without Dupont throughout November and the end of October, as he will be on duty with France, who face Argentina, Georgia and the All Blacks. The contest with the Rugby Championship winners New Zealand is greatly anticipated, and will be the perfect opportunity for Dupont to once again stake a claim at being the best player in the world.