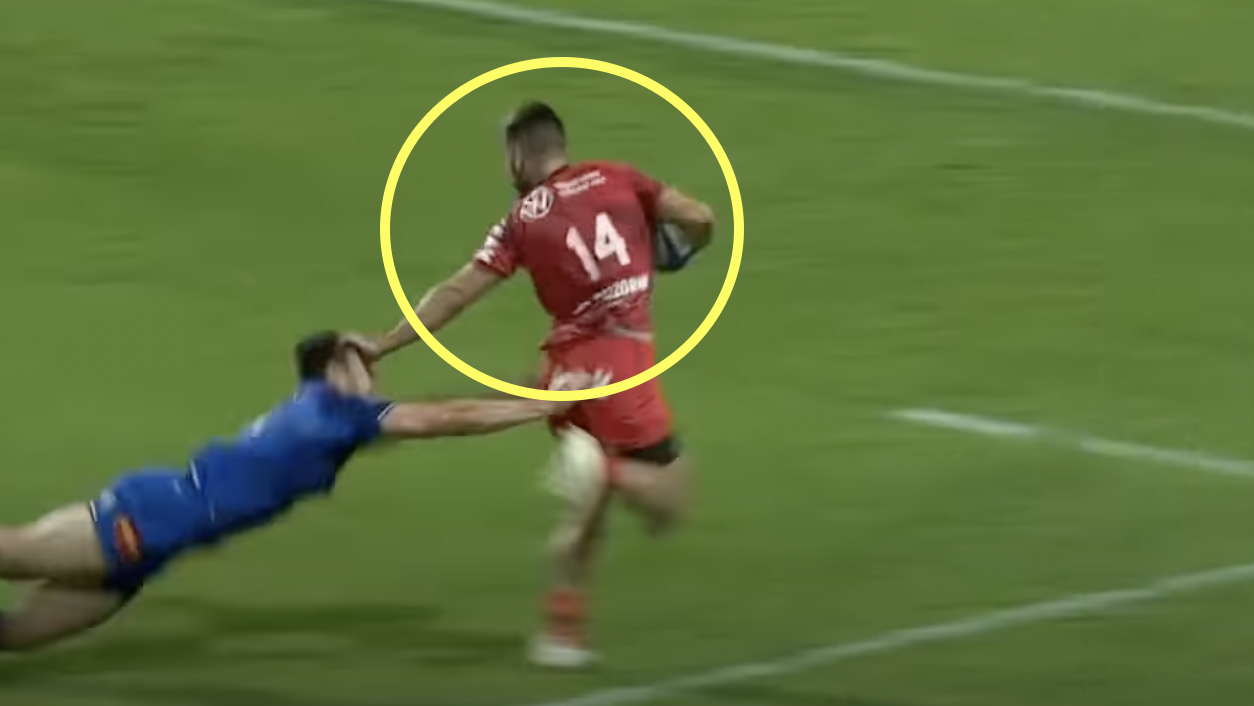 Take a bow Aymeric Luc. The Toulon winger may have been on the losing side on Saturday against Castres, but he scored quite a solo try.

The 23-year-old swerved, stepped and handed off as he ran in for a try from his own half at the Pierre Fabre Stadium, but it all started with one supreme piece of skill. With the ball bobbling from a loose Castres pass, Luc chipped the ball into his hands while running at pace to launch his run. A piece of skill like this at such speed would always be worth sharing, but the fact that he went on to run in a try makes it highlights reel gold.

Unfortunately for Luc, this effort was not good enough to earn his side the win, as Castres triumphed 27-16. The win kept Castres in fourth place in the Top 14, level on points with third place Brive and one point behind second place Bordeaux-Begles. Meanwhile, Toulon are languishing in eleventh place, with only one win from their opening five matches.

Luc and all his back three players will know that they have to be at the top of their games over the coming weeks, as South Africa winger Cheslin Kolbe is set to join Patrice Collazo’s squad in December after his duties with the Springboks have ended.

Kolbe signed from Top 14 rivals Toulouse over the summer in a big money signing, and it is more than likely that he will walk into the starting XV as he is arguably the best player in the world at the moment, let alone winger. Luc, and his fellow winger on Saturday Gabin Villière will therefore know that the pressure is on to retain their place, and Luc did his chances no harm with his solo effort at the weekend.