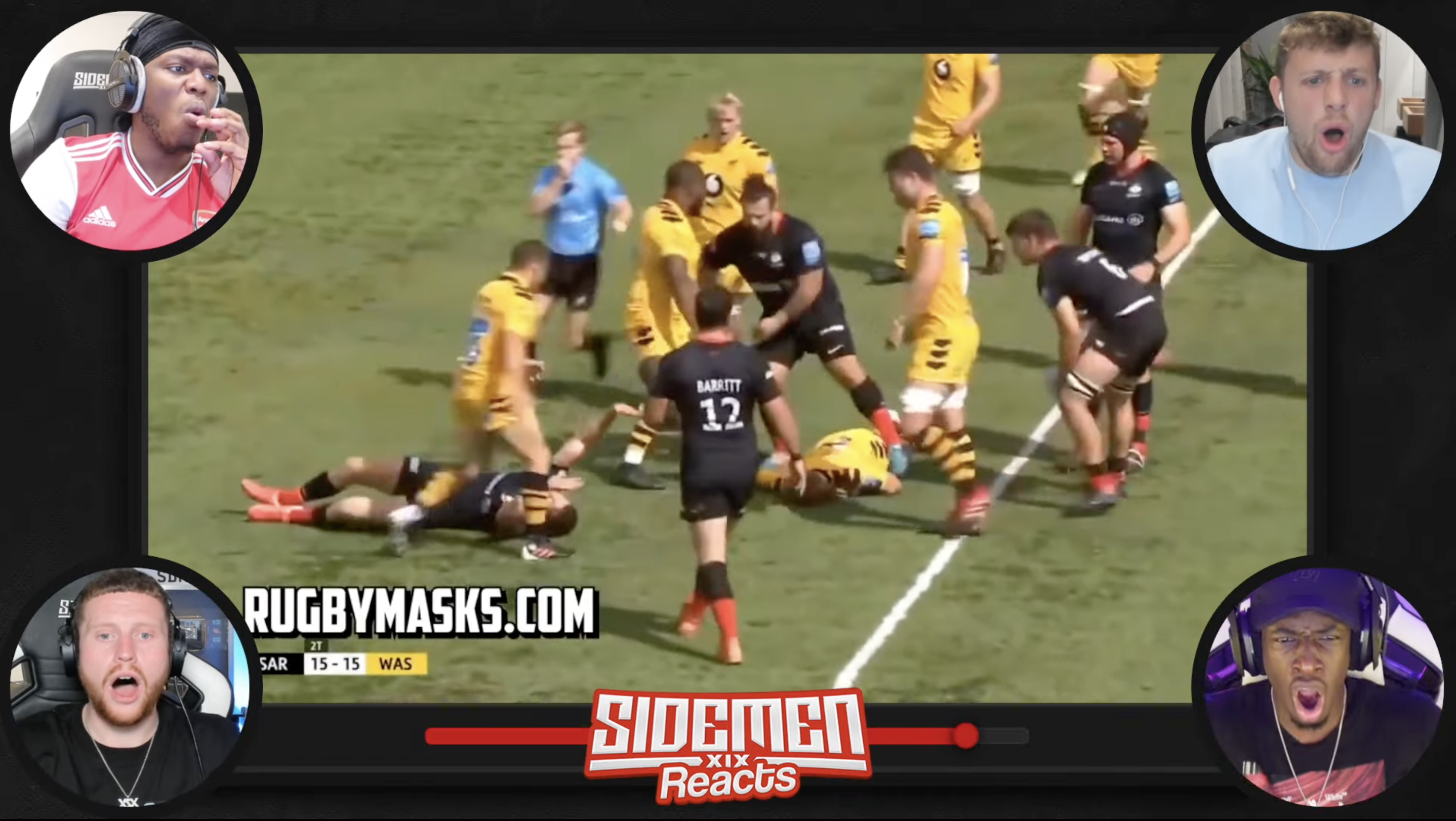 YouTube stars Sidemen have turned to rugby in their latest video on their SidemenReacts channel, looking at some of the biggest hits in rugby.

The channel, which has over 660 million views, sees the Sidemen watch a series of hits in rugby that left players unconscious or in a bad state, which range from mistimed tackles to ball carriers being on the receiving end of a Jerry Collins tackle. The vast majority of the tackles, it must be noted, would be illegal by today’s standards.

No video of dangerous tackles would be complete without an appearance from England captain Owen Farrell, and perhaps of all the hits in the video his outrageous clothesline on Wasps’ Charlie Atkinson this time last year evoked the biggest reaction from the Sidemen. The England captain was duly shown a red card for the tackle and this reaction goes to show that it was warranted. This was just one of many tackles that have got the Saracens, England and British & Irish Lions star in hot water throughout his career.

Another hit saw ASM Clermont’s debutant Samuel Ezeala come face to face with France and Racing 92  centre Virimi Vakatawa running at full tilt as he broke down the middle of the field, which left the then-18-year-old in hospital.

The crowning moment may have been, however, when Ma’a Nonu was described as “quite a small guy” after being knocked out trying to tackle his former All Blacks teammate Anthony Tuitavake while Toulon were playing Montpellier. In all fairness, it may have been the former All Blacks winger Tuitavake that was described as “small”, although that is not a word that many would have used to describe him either. Then again, compared to Nonu, most other backs looked small.

Watch the video of their reaction here (there is strong language):