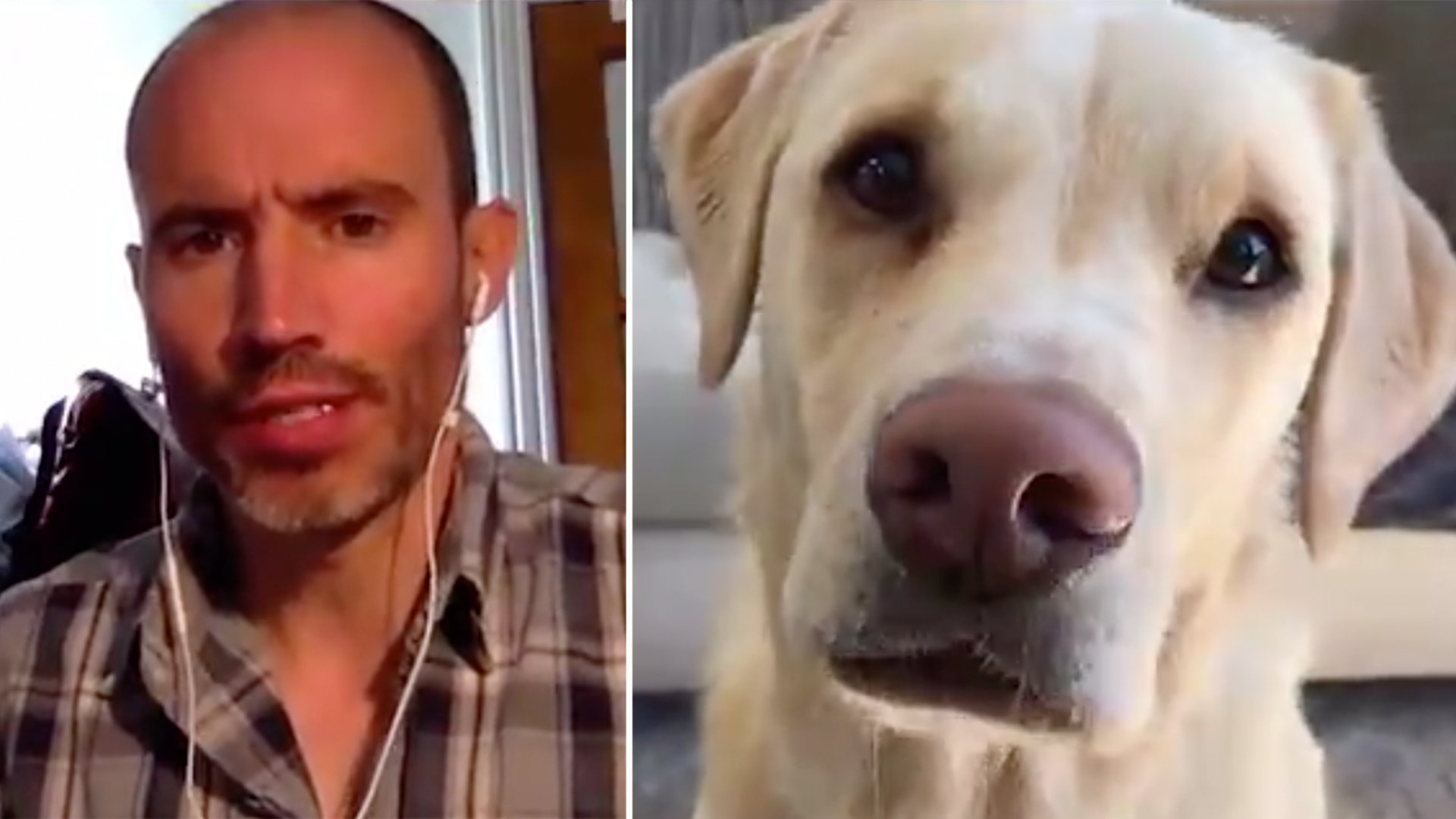 Many Rugby fans may not recognise the face of BBC Rugby commentator’s main man Andrew Cotter, but you will certainly recognise his voice.

The Scotsman during the current lockdown in the UK has started using his talents to commentate on mundane daily things in life. The public has fallen in love with his videos.

Since the 1st Match, Andrew Cotter has gained 318,000 followers online through these posts.

Last night, the rugby commentator came up with his most ingenious post yet. He got his two dogs to do a Zoom call with him, and the results have gone beyond viral.

This rugby commentator is truly the funniest man in rugby at the moment!

The BBC Sport commentator and his two labradors have entertained fans on Twitter with a hilarious videos of a team meetings, tugs of war, and much more!

He says: ‘Mabel you are connected but you need to start your video. Down at the bottom of the screen there’s a little camera, looks like a biscuit, if you just nudge it with your nose.’

Andrew tells his dogs that they won’t be furloughed in the hilarious clip and that the dogs are expected to show the same loyalty to him.

It doesn’t take long for Mabel to start staring into the distance prompting Andrew to pick her up on her lack of focus.

Andrew Cotter, 46, who lives in Cheshire, posted a video last month of his dogs Olive and Mabel competing in an eating race and a tug-of-war over a toy.

Now the trio has returned in another video where they are holding a company meeting. The Daily Mail reported this article last night.

When posting the video Andrew commented: ‘Still having the company meetings online.’

The video of the commentator and his dogs has already been retweeted 18,000 times on the last 12 hours online.

The man truly is going mega-viral!