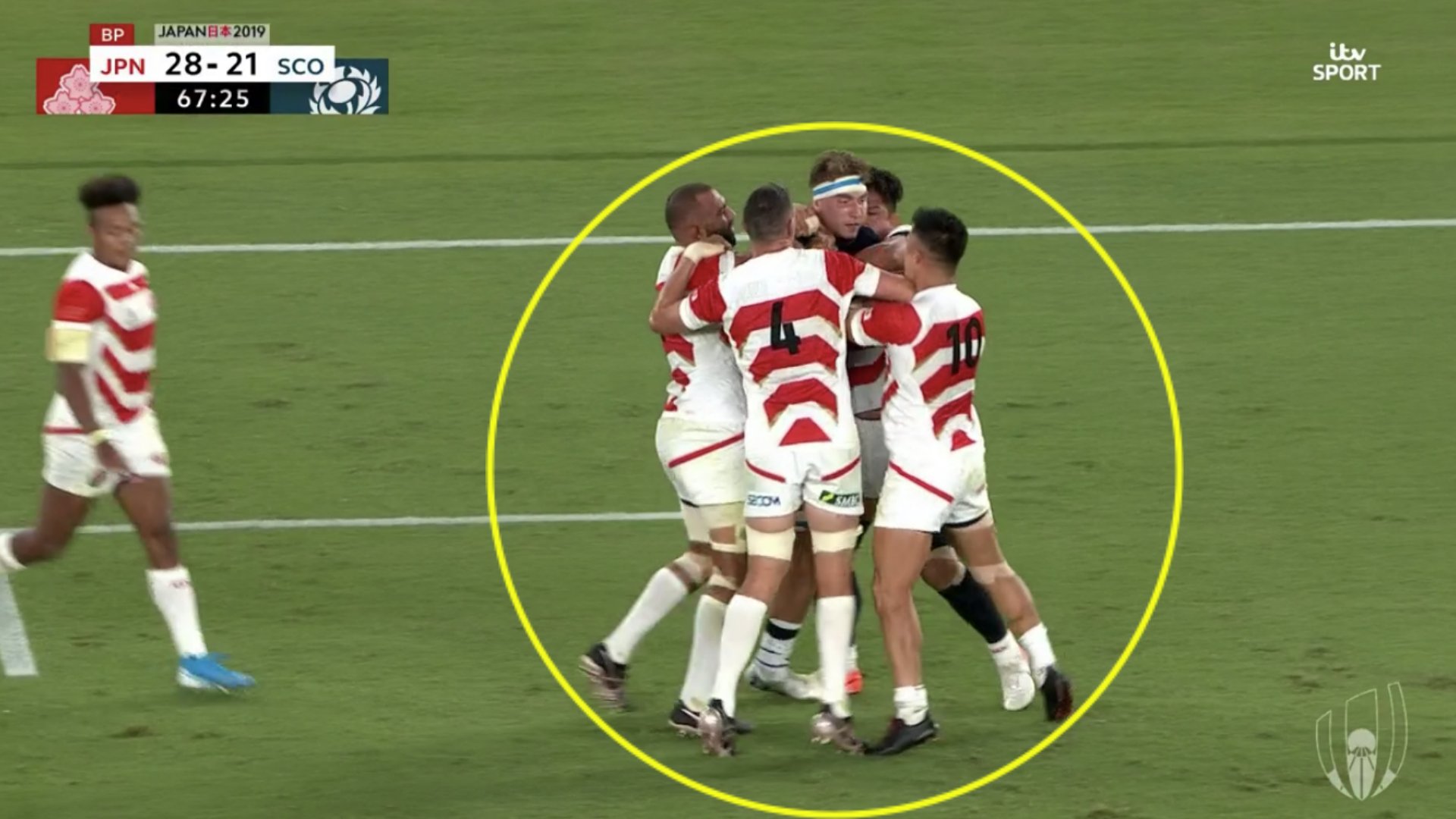 This was the best game of rugby that I have seen in my life.  Incredible Japanese performance!

There is no exaggeration when we say that, the standard of rugby was incredible.

The attacking was incredible from Japan but just look at their defence as well!

That should be a yellow card. For the shocking forward pass that is, the follow up hit was sweet. #RWC2019 #JPNvsSCO pic.twitter.com/5NWzMafuti

The handling for some of these tries has been simply incredible and the speed that they have played at, Scotland simply can’t handle.

Look at some of these plays here, it’s a ridiculous speed to play at, at this level.

Jamie Ritchie also performed incredibly well though, just look at this from him here.

He's having a huge game so far.

Jamie Ritchie has made 21 tackles and won three turnovers for @scotlandteam,

Matsushima made a tidy break against Scotland before hitting his head badly.

Just look at the speed of this try here for Japan, no other team in the World, albeit New Zealand aims to play at this kind of pace.

After all the recent devastation with the typhoon in Japan 🇯🇵

This is a truly wonderful moment 🙌🏼#RugbyWorldCup #Japan #JAPvSCO pic.twitter.com/mtbS6PfpSm

And then look again at this break here by Japan, it’s simply incredible.

Later on, in the half Jonny Gray was lucky not to have a short break after this head collision. It’s not his fault but you would not be surprised in this day and age to see someone sent off for that.

Japan did so well in this match to win with all the pressure from everyone on them to perform. Japanese brilliance Japanese power!!

Look at the passion and pride from Japan here as they score that first try it’s simply on another level.

Fans online are losing their minds over Japan and their offloading and can you blame them? The standard of the handling from Japan is incredible.

The game game was not without its controversy however. There was a pretty nasty incident here.

How the hell has that gone un punishes??? #RWC2019 #JPNvSCO pic.twitter.com/bHCNgB1n7f

People lost their minds over Japan’s offloading in the game.

Japan's offloading is as good as I've seen from anyone #JPNvSCO

A lesson in offloading from Japan #skills

Pure credit to Scotland for this level of defending in this match.
Japan has spent almost the entire half in the Scotland 50, but you have to respect Scotland, they’re tactics on a top-level and Japan playing at this level would run over any other team.

Alan Dell is struggling at the scrum against Japan.

He started in Scotland’s opening round defeat against Ireland at RWC 2019, as well as in their second match against Samoa. Not in the match-day 23 against Russia. He also made his test debut for Scotland on 12 November, 2016, in a 23. Incredible.