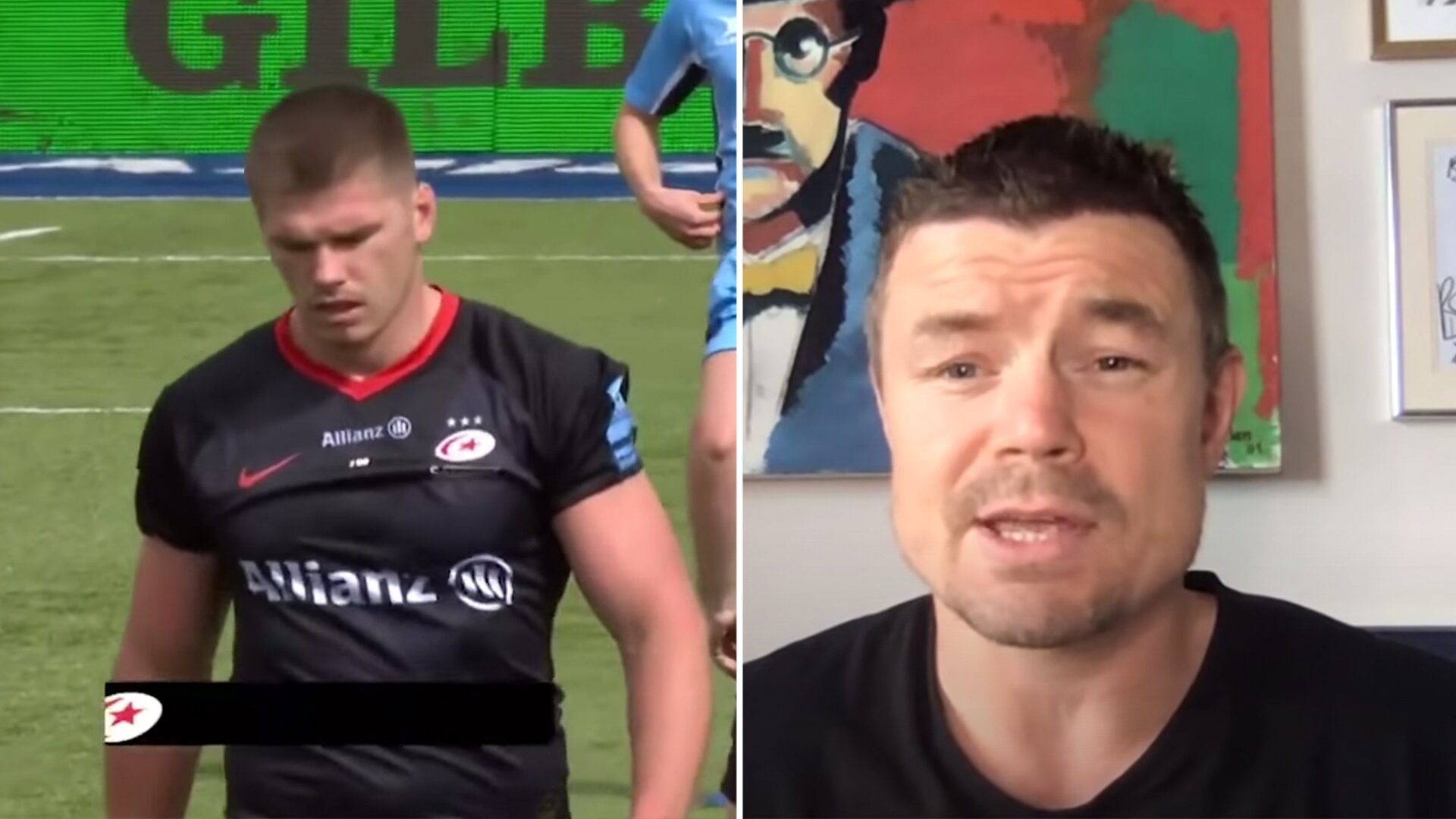 Ireland legend Brian O’Driscoll has thrown his hat into the ring with his opinion on Owen Farrell and his sensational sending off for Saracens at the weekend.

The England captain was red-carded against Wasps last weekend after a shocking high tackle on a young Wasps player.

The Irish legend, who was capped 133 times for Ireland, spoke openly about the tackle on social media immediately after the incident, however now he has spoken about the incident on video for the first time.

It’s a bad one alright! 😬 https://t.co/hQEqMAIMFo

Brian O’Driscoll finally spoke openly about his thought on what happened with Owen Farrell and his opinion was surprisingly honest.

Many fans may think that BOD wasn’t a big fan of Baby Faz, however, we were surprised with what he had to say about him.

You might be surprised to hear what he had to say about Owen Farrell.

“I wouldn’t subscribe to the vitriol on social media about how dirty a player Owen Farrell is. I’m a huge Owen Farrell fan and I think he plays on the edge. He gets it wrong sometimes and I think he has been very lucky. But he is the sort of guy that you would love to have on your team because he throws himself into every single collision.”

O’Driscoll himself has been guilty of risky challenges in the past, and as someone who played on the edge in the past, it is pretty clear where Brian stands on this matter.

With Farrell receiving so much hate online recently, it is refreshing to see someone of Brian’s stature speak up for Owen Farrell.

We were pleasantly surprised to hear how positively he spoke about his former opponent in Farrell.

In the video, it seems like the interviewer was expecting O’Driscoll to go after Owen for what he did, this really wasn’t the case in reality.