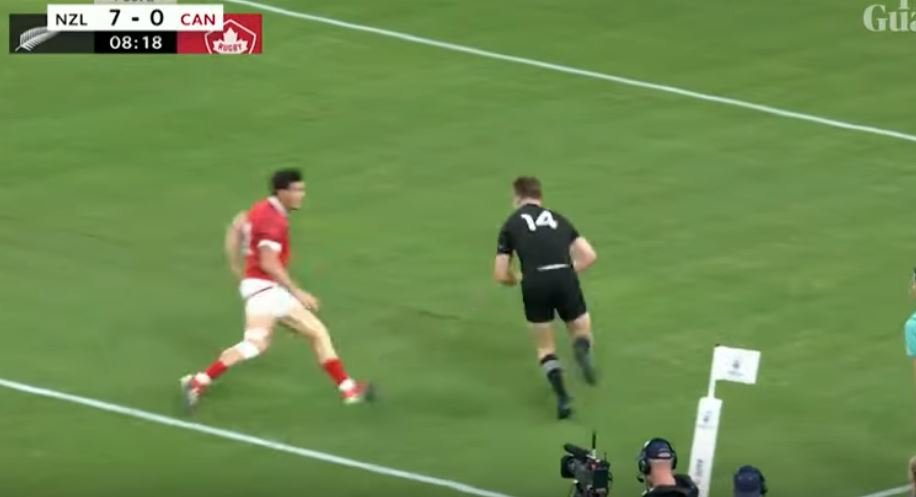 Bumbling Barretts out do themselves with knock ons

The Barrett brothers made history on Wednesday by becoming the first set of three brothers to play for the All Blacks in the Rugby World Cup when they started against Canada. What is more special is that all three scored a try.

However, it could have been so much more for them, as Scott fumbled the ball over the line in the first half after breaking clear. The All Blacks were already well ahead at that point, and he redeemed himself by getting a try in the second half, but it would have been embarrassing nonetheless.

Scott’s knock on will pale into insignificance after his brother Beauden managed to top that in the final play of the match. On the verge of scoring his second of the day and only metres from the line after making a break from his own 22, the fullback could not hold on.

Beauden was being hunted down by Andrew Coe to be fair, and was probably bracing for a tackle, but many would have expected the two time World Rugby world player of the year to keep hold of the ball.

In humid conditions, it was a game that saw the ball spilled on many occasions, but Beauden’s drop will top the list of clangers not only in that match, but in the whole RWC.

Ultimately, it did not mean a lot, as the All Blacks still ran out 63-0 winners, but five tries for the Barrett family would have looked good.