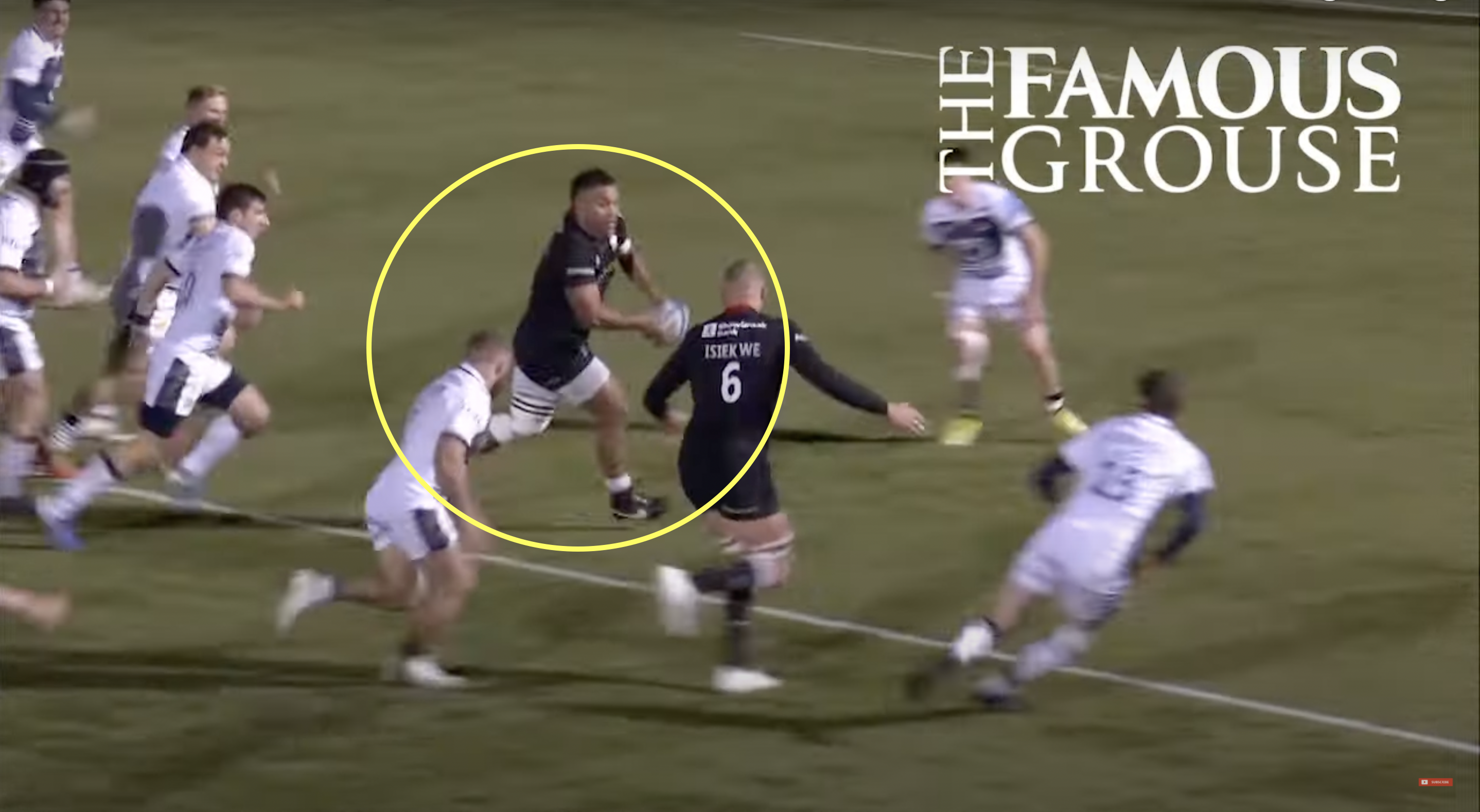 There are quite a few players in the Gallagher Premiership who have upped their game since being overlooked by England head coach Eddie Jones at the beginning of the season.

Jones was quite ruthless with his squad for the Autumn Nations Series and the camp before that, and left a number of seasoned internationals out, one of them being Billy Vunipola. The Saracens’ No8 has worked his way back into form after being overlooked at the beginning of the season, and while it did not pay off with a call-up for the November internationals, he will slowly be working his way back into contention.

His performance against Sale Sharks on Sunday would have helped as well, especially when he set up Sean Maitland’s try by selling a dummy and throwing a lovely left handed miss pass once he had made the break. Hands like that are hard to come by in the pack, and while a player like Alex Dombrandt is equally adept when distributing, Vunipola would surely have caught Jones’ eye.

That try made the list the the Premiership try of the week, but there are other England hopefuls who also made the list. The second try on the list was by Wasps’ Jacob Umaga, who was capped in the summer but has seen Quins’ Marcus Smith ascend to claim the white No10 jersey. His chip and chase against Gloucester was a sign that anything Smith can do, he can match.

Finally, number five on the list is Northampton Saints’ Tommy Freeman, who did actually make Jones’ 34-man squad for the Autumn Nations Series, but saw fellow 20-year-old, Leicester Tigers’ Freddie Steward, grab hold of the fullback shirt, and it looks like it will be hard to prise it away from him. Nevertheless, his try against Bristol Bears when playing on the wing showed how much of a balanced runner he is, and would have provided Jones with plenty of food for thought.

Take a look at the tries: