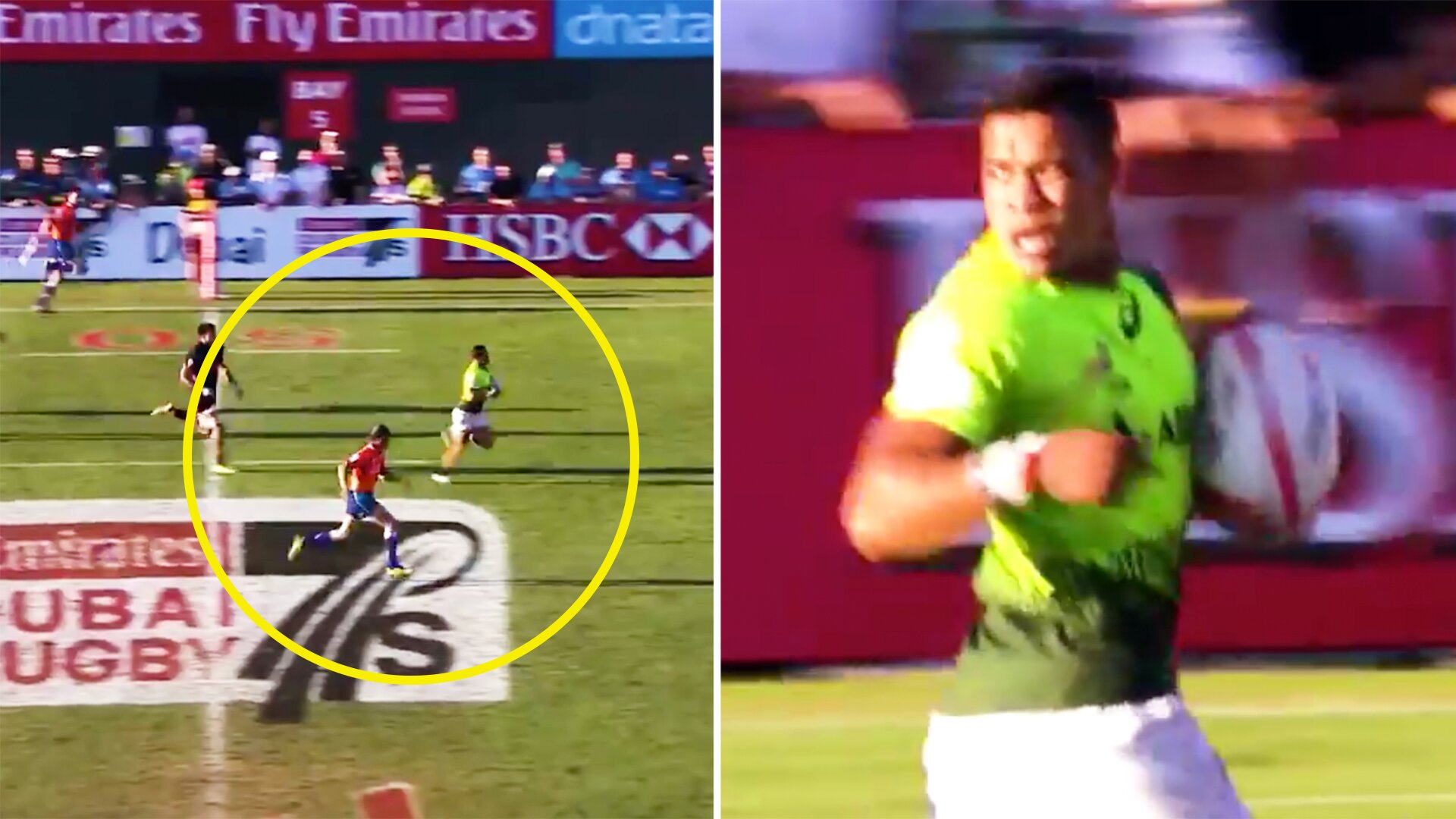 Cheslin Kolbe is stunned by the phenomenal speed of rugby referee

Cheslin Kolbe is one hell of a fast player and to be a top referee – you’ve got to keep up.

One sevens referee took this quite literally as this clip from World Rugby demonstrates.

Have we ever seen such incredible athleticism from the man with the whistle?

This footage comes from a couple of years back when Cheslin Kolbe was plying his for the Springbok 7’s side.

In this footage, we see everything that is great about the world champion winger as he literally runs around the opposition team before dancing around more hapless defenders.

As he breaks away into open, space it looks like there’s no one who can keep up with him – apart from one man.

watch the incredible clip below

The opposition couldn’t get near him 🔥 pic.twitter.com/mK2VTWztbU

You love to see it!

The Highlanders celebrated their co-captains’ milestones with a 38-21 victory over the Hurricanes to bring the premature curtain down on Super Rugby Aotearoa in bizarre circumstances.

Aaron Smith’s 150th match for the Highlanders, and Ash Dixon’s 100th Super Rugby game, deserved to be recognised by a full house in Dunedin.

catch highlights of the last Super Rugby Aotearoa match below

MATCH HIGHLIGHTS | The @Highlanders and @Hurricanesrugby were saving some of the best plays, for the last game of the season!

While the latest Covid-19 outbreak ruined that prospect, the Highlanders turned on a second-half clinic by scoring 24 unanswered points to finish their spirited season on a memorable note.

The Crusaders claiming the title last weekend, coupled with cancelling the scheduled finale at Eden Park on Sunday, effectively made this an exhibition game.

With fans, other than family members of the Highlanders, locked out due to the Covid-19 restrictions, the reality is this match was largely staged to retain broadcast revenue. It certainly made for an eerie feel for the players involved.