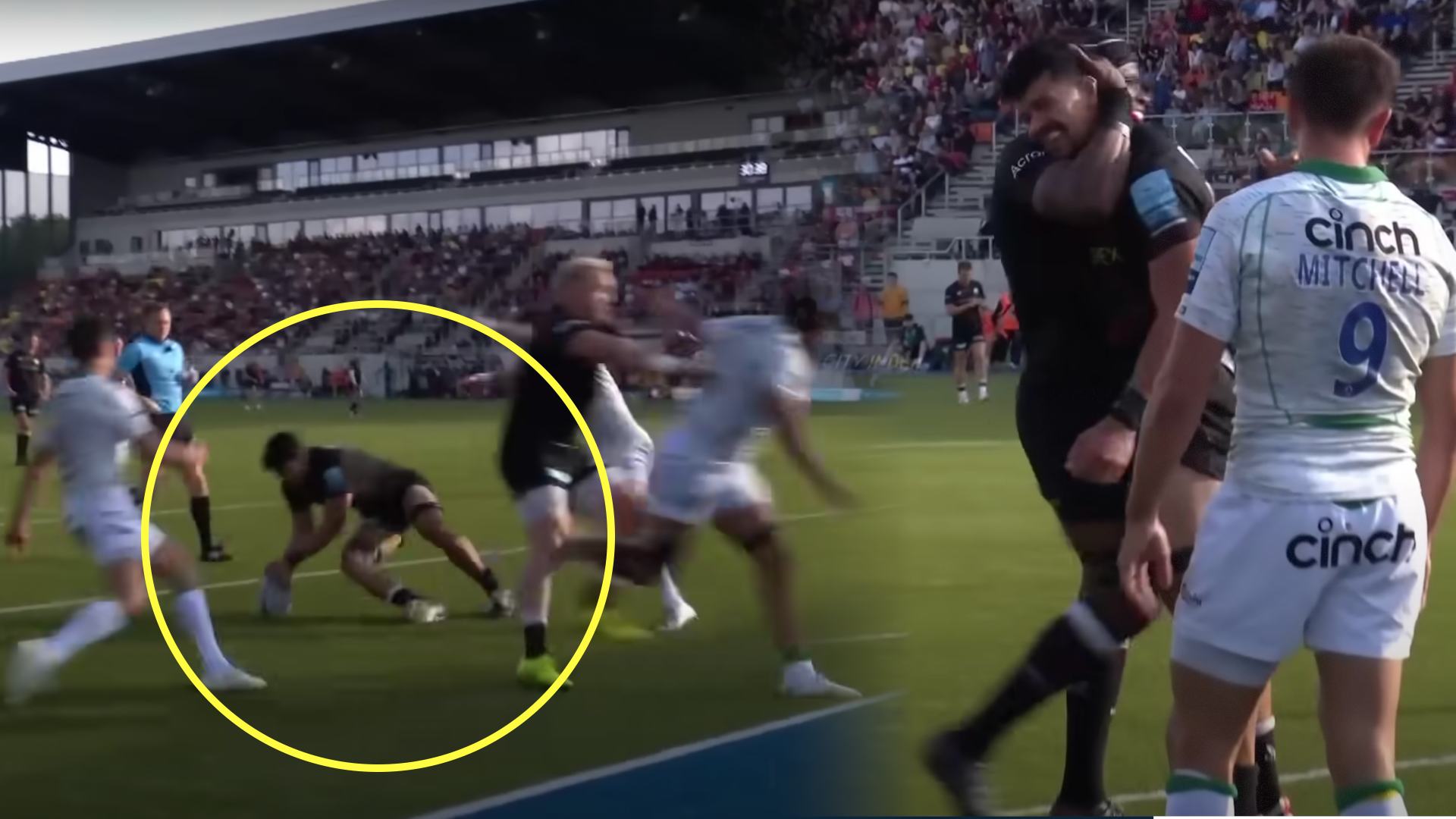 The second wonder try from Saracens star you might have missed

In the wake of Saracens’ 42-38 win over the Northampton Saints at the StoneX Stadium on Saturday, the Internet has been littered with videos of flanker Theo McFarland’s acrobatic try.

That is quite understandable as all 115kg of the Samoa international leapt in the air to produce a stunning one handed touchdown in the corner while his body was not only midair but more or less upside down. It sounds extravagant, but it was an extravagant finish. This had all come from an interception in his own half, which made it all the more impressive. For those that have not seen it, here is is:

That try only tells half the story of the Samoan’s match, as he had already bagged a try earlier in the second half, which was equally as impressive. This one did not involve a 50 metre run, nor and NRL-style finish, but was another case of pinching the Saints’ pockets.

McFarland made use of all of his 6’6″ frame for this try, charging the ball down off the back of a maul in Northampton’s 22 before plucking the ball out of midair over the try line. That sounds fairly banal as far as tries go, but the drama came from the fact that he actually missed the ball the first time he went to grab it. However, he swiftly turned and snatched the ball right from under the nose of Lewis Ludlam, who looked as though he had saved the try.

The win ensure Saracens will have a home semi final in the Gallagher Premiership, and they will head to Kingsholm in the final round of the season to face Gloucester with the hope of usurping Leicester Tigers at the top of the table. Regardless of where they finish in the table though, they are going to be a tough match for whomever they play in the semi final.