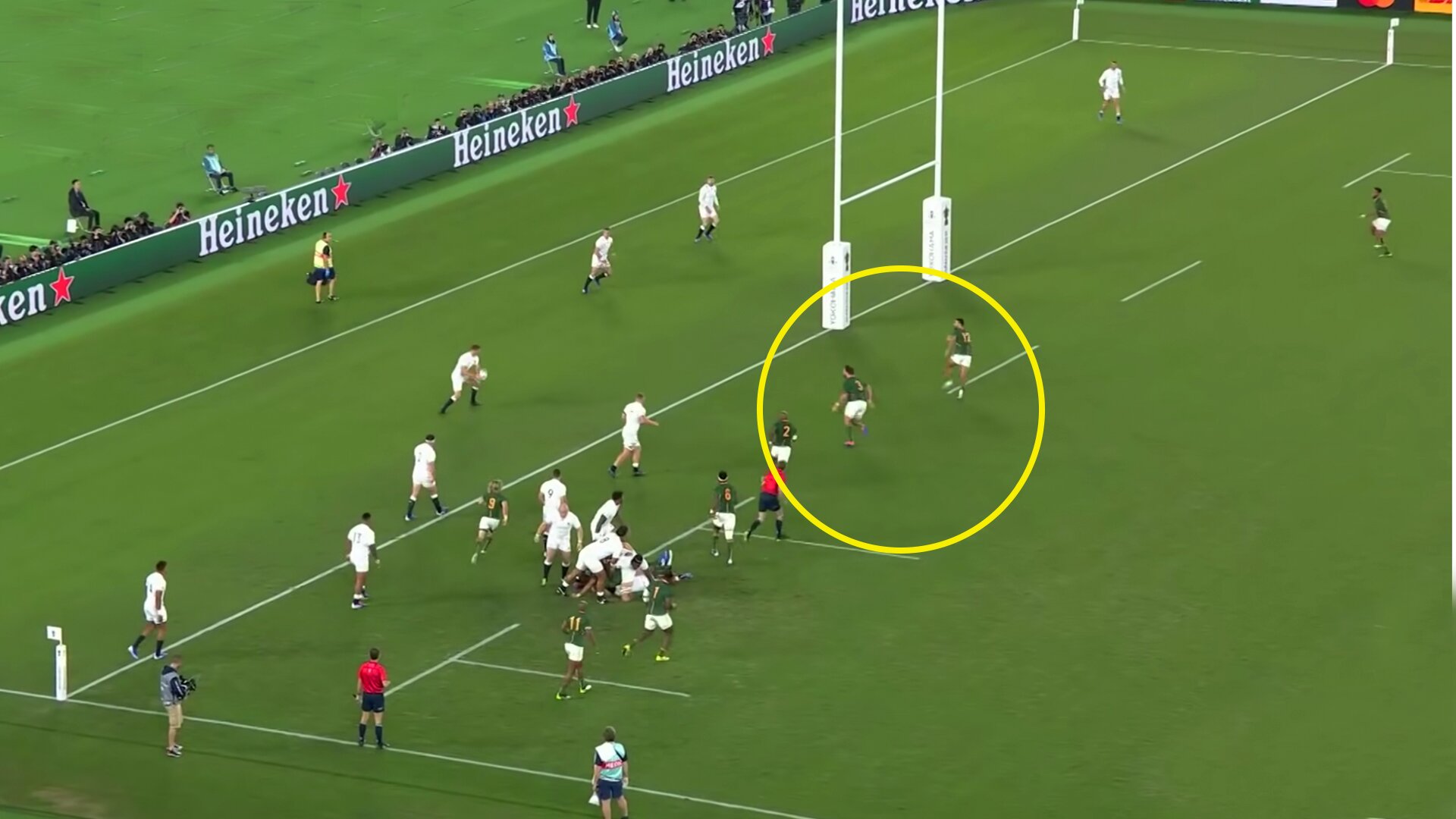 Did this moment cost England the Rugby World Cup?

Whilst Rugby Onslaught’s inquest continues into the infamous World Cup final of 2019 our investigators pointed out this extraordinary moment to us from the showpiece final almost a year ago.

This passage of play came from early on in the encounter which had already seen some drama after Kyle Sinckler had left the field after connecting with Maro Itoje’s elbow.

After being presented with this clip we have to question whether this would have completely changed the outlook of the game.

By now, the secret is out, England weren’t on a level playing field in this game – but that’s a story for another day. As we approach the one year anniversary of the darkest day in international rugby, we at Rugby Onslaught will be presenting the full findings of our investigation to World Rugby, the MI6 and of course – you, our faithful readers.

This moment on it’s own could have swung the match in England’s favour before Poite and his cronies had a chance to intervene for the Boks.

This piece of tactical genius would have been one of the greatest tries of all time – and to do it on the biggest stage of all… just the thought gets you a little hot under the collar.

Watch the greatest try that never was, below

In the end, it’s a pass from Owen Farrell that robbed us of this score that would have transcended rugby. George Ford and Elliot Daly would have made the space for Jonny May who had acres of space out wide.

When this was sent to us from our investigator’s undisclosed location we were surprised that we had forgotten such a pivotal moment in the match.

If anything it truly epitomised the mindset that England had going into this game. Free-flowing play vs robotic box kick rugby, courageous flair vs safe Saffas.

Watch this space for our full findings – it’s going to be EXPLOSIVE.

Pivac makes 9 changes to his Wales XV, lines up two Test debuts from the bench

Wayne Pivac has made nine changes to his starting Wales XV to face France in Paris on Saturday in a match that will see skipper Alun Wyn Jones equal the world record for Test appearances and includes possible Test debuts off the bench for Sam Parry and Louis Rees-Zammit.

It’s seven months since Wales lost to England at Twickenham, their third loss in four Six Nations games under new boss Pivac, and the side selected for their warm-up against the French is much-changed from that London outing.

With Hadleigh Parkes having ended his Test career with his club switch to Japan, fit-again Jonathan Davies comes into a midfield where Nick Tompkins will switch to Parkes’ vacated inside centre berth.

Rhys Webb will also start at scrum-half in place of the injured Tomos Williams, while the third backline change is Josh Adams coming onto the wing for Liam Williams, who will feature for Scarlets in the PRO14 this weekend.

There are six changes to the starting pack: Rhys Carre for Rob Evans, Ryan Elias for Ken Owens, Samson Lee for Dillon Lewis, Cory Hill for Jake Ball, Aaron Wainwright for Ross Moriarty and Taulupe Faletau for Josh Navidi. Skiopper Jones and Justin Tipuric are the only two repeat starters from Twickenham in the forwards.

Wales boss Pivac said: “The players are excited, it has been a long time, we can’t wait for Saturday. We have six matches this autumn and the game against France helps us get back into our stride international rugby-wise. We have picked an experienced side and are up against a good French team so we want to start this autumn well and get on the front foot for the Guinness Six Nations fixture against Scotland.

“We have talked already about how fortunate we are to be going about our work on a daily basis. A lot of people can’t do that and certainly, within our organisation, there are a lot of people not back at work. From our point of view this Saturday is an opportunity to prepare for this tournament and for Scotland, but two, to put some smiles on faces and put on a good performance and make the nation proud.”

In reference to Jones’ Test milestone, Pivac added: “It’s a fabulous achievement. He epitomises what a great rugby player is all about. He is a true professional on and off the field and a gentleman of the game. On the field, he leads by example and you can’t ask more of your captain and we are very privileged here in Wales to have him.”