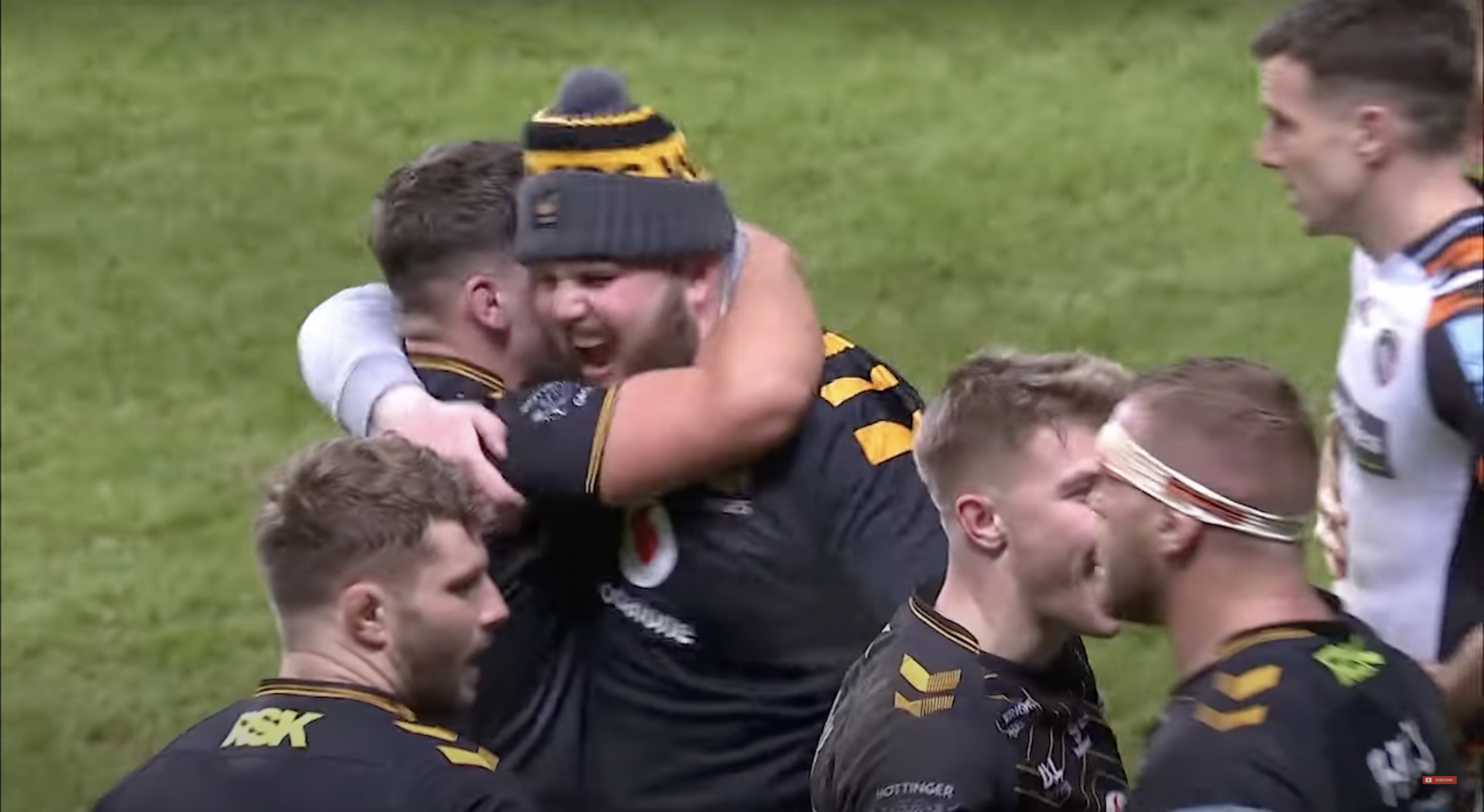 Wasps produced the result of the season yesterday in the Gallagher Premiership by defeating Leicester Tigers 16-13 to arrest their 16 match unbeaten run which dated back to June last year.

It was not exactly vintage rugby played by either side, but it was about digging deep and producing the goods for what was a depleted Wasps outfit. In order to get the result, a number of players needed to produce Herculean performances, and one of those was blindside flanker Alfie Barbeary.

The 21-year-old loose forward has been on the comeback trail in recent weeks after a 2021 that was blighted by injury, but put in an 80 minute display that certainly underlined the fact that he is back. He made the most carries for his side, with 18, as well as beating the most defenders, with five, which Wasps fans have come to expect from him. However, his most crucial intervention, indeed the most crucial intervention of the entire match, was his penalty at the breakdown mere feet from Wasps’ line in the closing quarters after a sustained period of pressure from the Tigers, and he did not hold back with his celebration.

With Eddie Jones set to name his England squad next Tuesday (January 18th), this was the perfect time to put in such as emphatic performance. With a return of European action this weekend coming, this was the last chance for England hopefuls to go head to head with other hopefuls in the Premiership.

On the back of that performance, plenty of England fans are calling for Barbeary to make England’s 2022 Six Nations squad. Having laid down his intentions to play in the back row, rather than at hooker, the Wasps star will know that his work is cut out for him given the depth of talent in that department. There are plenty of high quality players that have failed to make it in recent seasons, but that does not seem to deter many of Barbeary’s fans. After all, he has already been in some of Jones’ England camps previously, and he is showing that form again.

Really starting to think we’ll lose Barbeary for the Six Nations, will definitely be surprised if he doesn’t at least make the extended squad.

I also think T Willis could be there or thereabouts, but I think he’ll still be a bit too far down in Eddies books!

Will be in Eddies six nations squad I think, can play 6 or 8 or even centre!

Result aside, Alfie Barbeary has to play for England

Alfie Barbeary after making it through those 5 scrums then grabbing a turnover under his own posts#WASvLEI pic.twitter.com/JlGVWdvUk6

Apparently was told that No.8 is his best opportunity for an England jersey by Eddie Jones ! Plenty of options there now though with Curry, Dombrandt, Simmonds & a resurgent Billy ! Barbeary a very very good player though ! Just needs some luck with injuries.

This Barbeary is different gravy