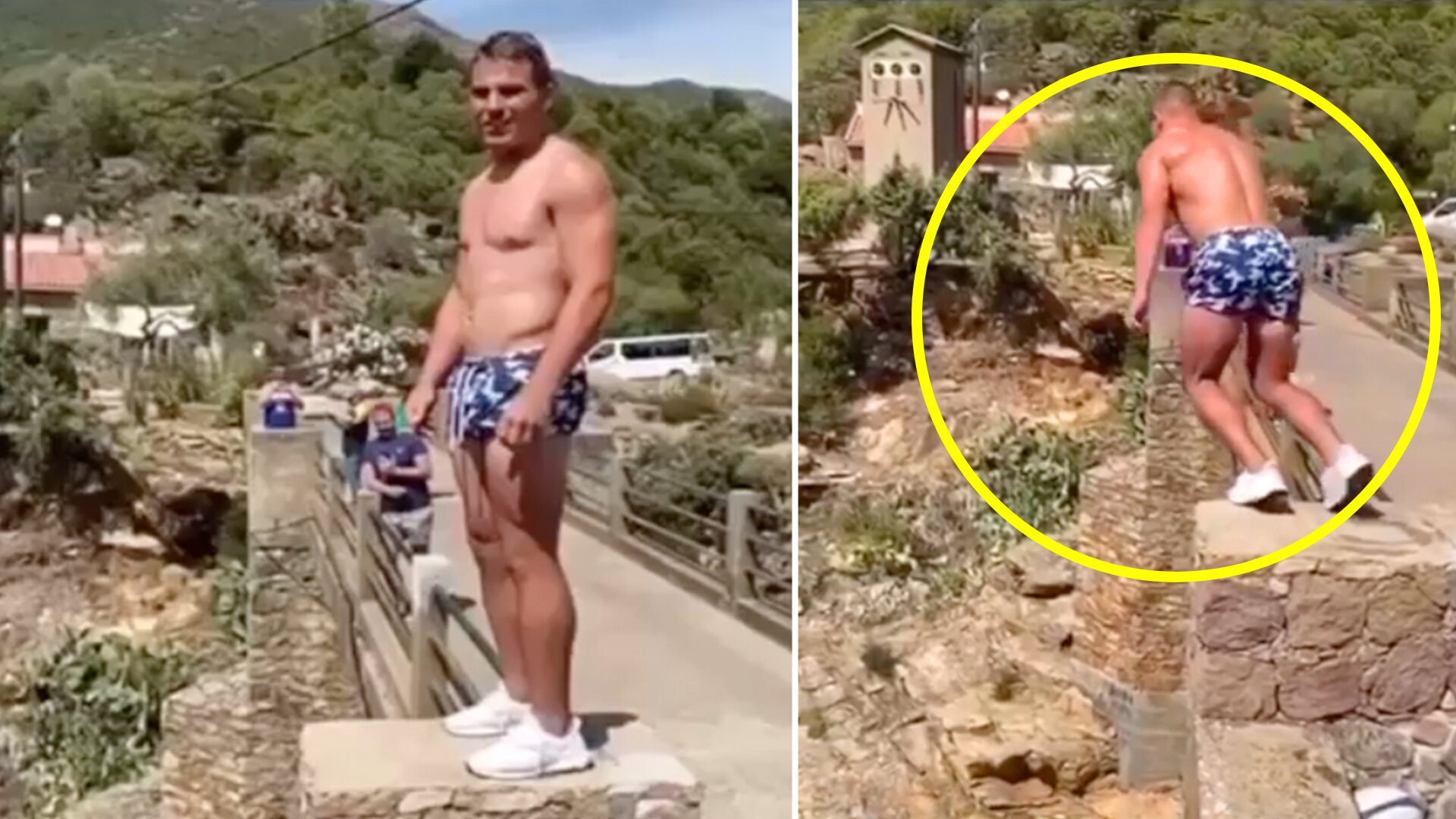 There has been outrage as French international Antoine Dupont was filmed risking his career, and more importantly his life in a stunt whilst on holiday.

The French international posted a video onto his Instagram just a couple of hours ago filming the dangerous stunt. The scrum half deleted the post off of his social media, but a separate version has still been found.

The French star deleted the post off of his social media after the video received a load of negative comments from concerned fans.

One of the comments spoke about the irresponsible nature of the stunt to his young fans.

The stunt showed the France and Toulouse star jumping off a high cliff into the sea, but the drop itself had with itself a high element of risk as the opening of water was surrounded by harsh cliffs.

Antoine Dupont has been in intense training recently with Toulouse.

The French star deleted the post exactly 67 minutes after the post went up, yet a French rugby channel called Top Rugby managed to upload an alternative recording of the event.

The caption read “Unusual, Antoine Dupont getting some adrenaline in his spare time”.

Here is the video of Dupont doing the dangerous stunt!

Antoine Dupont has been on another level for France since he emerged on the scene for the men in grey in 2018. In the 2019 Rugby World Cu, he was a bright light in a dismal campaign for Les Bleus.

He will undoubtedly be a key cog for the French.